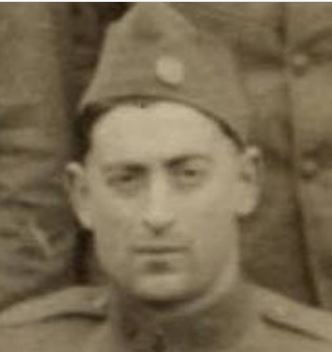 Joseph Prephan born around May 15, 1893. Joseph Prephan served in World War 1 with the United States Army. The enlistment was in 1917 and the service was completed in 1919.

At the age of 19 or 20 years old, Joseph immigrated to the United States from Syria around 1912 or 1913 and settled down in Toledo, Ohio working as a merchant selling candy and produce on street corners.

Shortly afterwards on June 22, 1918, he left from Newport News, Virginia on the ship “Pocahontas” bound for France and the war front. While in France, he fought at St. Mihiel; Ypres-Lys; and the Meuse-Argonne Offensive. 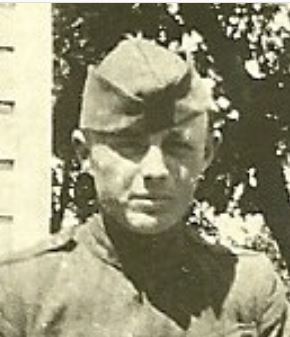 Samuel J. Condren born around 1891, Samuel Condren served in World War 1 with the the United States Army . The enlistment was in 1917 and the service was completed in 1919. 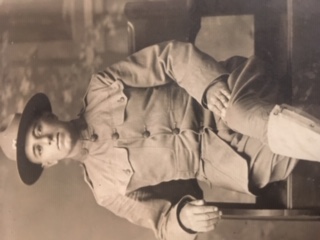 Francisco P Lucero born around 1880. Francisco Lucero served in World War 1 with the United States Army. The enlistment was in 1917 and the service was completed in 1917.

Francisco Lucero of San Miguel New Mexico was a Captain in World War 1.

He was shot by a wooden bullet overseas and died later on due to complications form that wound.

Submitted by: James P. Axtell {Grand nephew of his spouse}

Morris Henry Stadler born around 1896. Morris Stadler served in World War 1 with the United States Army . The enlistment was in 1918 and the service was completed in 1919.

Morris Henry Stadler was born in Wauwatosa, Wisconsin 26 March 1896. He married Irene Genevieve Derse in Racine, Wisconsin 27 May 1925. My grand Aunt Irene Derse is one of the five sisters of my grandfather, Alexander Anthony Derse.

He was the son of Morris Christopher Stadler and Rosa Schantik. Morris and Rosa married in 1893 in Milwaukee. The elder Morris, a teamster, was born in Manitowoc, Wisconsin 3 Jan 1871 and died in Milwaukee 19 Aug 1904. Rosa, a native of Germany, died in Wauwatosa 8 April 1905. Both parents died of tuberculosis-type diseases, and their children were forced into orphanages.
Morris had an older sister, Alma, and a younger brother, William. (A brother, Edward, died at age two months in 1895.) After their mother’s death, Morris and William were placed in a Wauwatosa boys’ home.

At his June 1917 draft registration, Morris was living in Lake Forest, Illinois and worked as a brakeman on the Chicago North Shore and Milwaukee (CNSM) Railroad. CNSM was an interurban railway operating between the south side of Chicago and downtown Milwaukee. It began service in 1895 in Waukegan, Illinois and extended gradually. Samuel Insull, organizer of Commonwealth Edison, purchased the line in 1916 and it was a financial success. After World War II, ridership fell off, and it ceased operations in 1963. 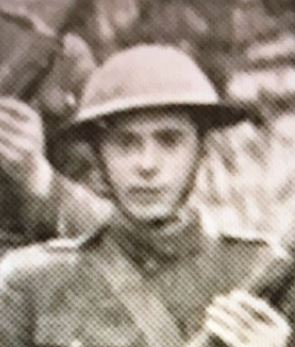 James F. Munley, Jr. was born around 1895. James Munley served in World War 1 with the United States Army. The enlistment was in 1917 and the service was completed in 1919.

James F. Munley, from 229 Brooklyn St., Carbondale, PA, was born 1895, entered the service of the Army, October 13, 1917, and trained for overseas service during WWI as a member of the 79th Division, A.E.F., 311th Machine Gun Batttalion, with the rank of Wagoner. He was assigned to the Headquarters Company, led by Major Stephen G. Henry and Major Charles H. May.

James left Hoboken, NJ, July 8, 1918 aboard the Leviathan, landing at Brest, France, July 15, 1918. His battalion trained at Occey, Haute-Marne until September 9, 1918 when they moved toward Montfaucon and joined battle September 26-30 as part of the Meuse-Argonne offensive, capturing Montfaucon. The 79th continued battle right up to the armistice on November 11. They remained on the battlefront with such duties as police, patrol, and guarding property.

By January, the division assembled in the Souilly area and in the last days of March, moved to the area northeast of Chaumont around Andelot and Rimaucourt. Here the division was reviewed by General Pershing on April 12, who presented distinguished service crosses, and decorated the regimental colors. The 79th Division selected as its emblem the ancient symbol of victory, the Lorraine Cross. Movement toward Nantes and St. Nazaire began April 19.

Ray Keegan born around April 9, 1895, Ray Keegan served in World War 1 with the United States Army. The enlistment was in 1917 and the service was completed in 1918.

Ray Keegan was born in Mikado, Mi, on April 9, 1895. He lived in New Hartford, CT, with his family when he was a child. He was living in Harrisville, MI, when he went to Flint on June 5, 1917 to join the Army to fight in the first World War. He was sent to Ft. McArthur in Waco, TX, for his mi training – and then off to Hoboken, NJ, to leave the United States for combat in France on the Army Transport Service # 51 on February 9, 1918.

Private Ray Keegan was serving with the 125th Infantry Regiment, Company F, 32 Infantry Division = Red Arrow when he was KIA on July 31, 1918 fighting in The Battle of Château-Thierry which was part of the Second Battle of the Marne. He was 23 years of age at the time of his death. He is buried at the Oise-Asine American Cemetery – Burial Plot B, Row 18, Grave 10 – in Fere-en-Tardenois, France. He was awarded the Purple Heart. 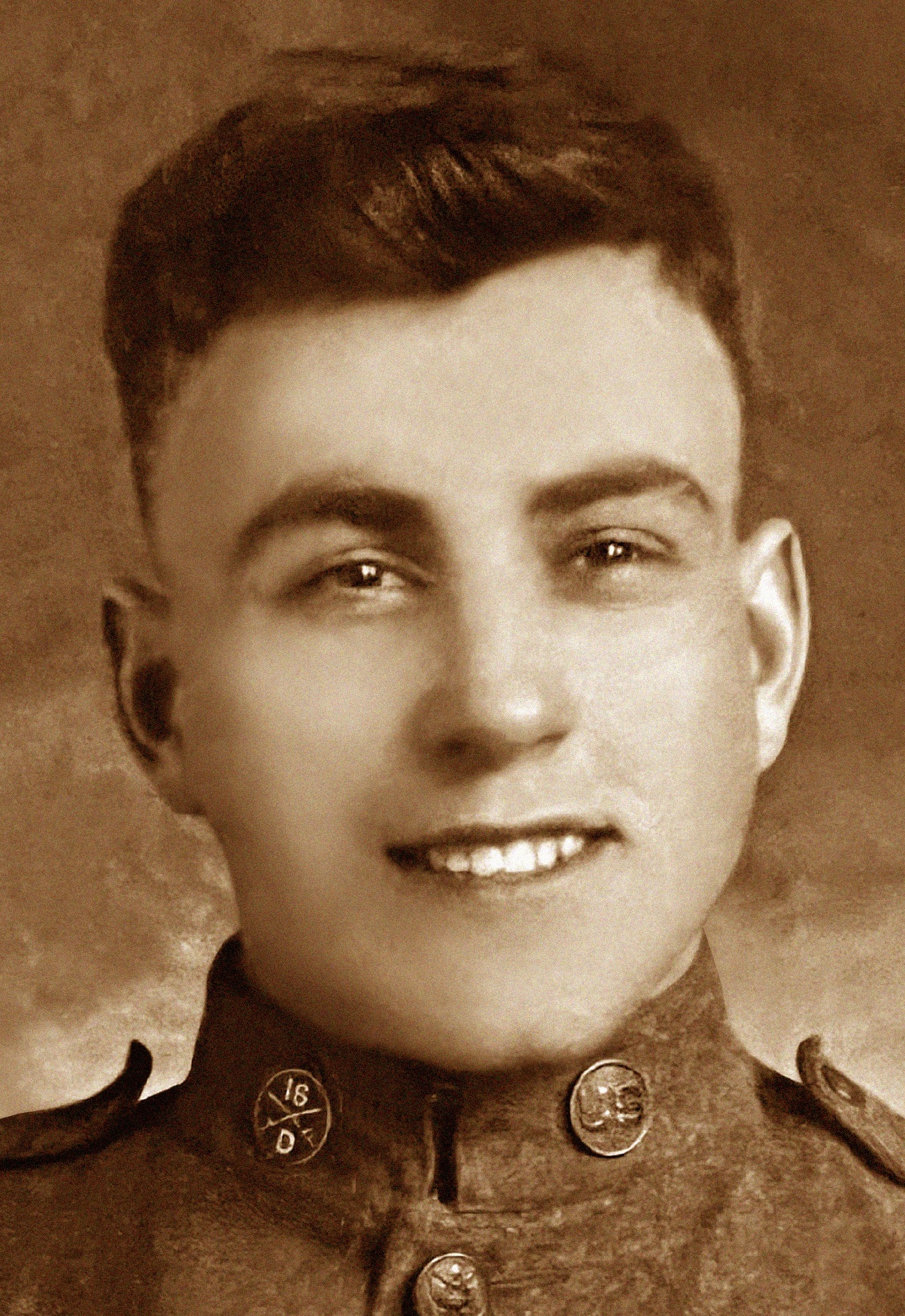 Our father, William Jonathan Bock, (better known as “Bill”) was not one to discuss or even touch upon his military and World War I experience. That part of his life was over, he was now on to much more important things such as raising a large family and working, working, ever working. Fortunately we do have some of his military records and a letter to be able to recognize his stellar contributions to the effort to defeat Germany during World War I.

It is noteworthy to mention that Germany is where his ancestors lived and immigrated from, but our father was an American and was proud to be!

We know from his “Enlistment Record” that at age 19, he left his parents small farm in Smith Mills, New York to enlist in the U.S. Army on April 19th, 1917 at Buffalo, New York. After locating a copy of his service card we know he, along with other recruits, were transported to what was known then as the Columbus Barracks in Columbus, Ohio for the beginning of his basic training. 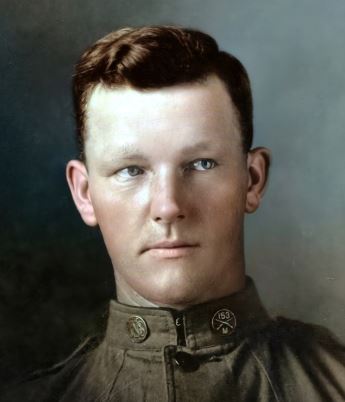 John Simon Hilgenhold was born in 1892. John Hilgenhold served in World War 1 with the United States Army. The enlistment was in 1918 and the service was completed in 1919.

My great-grandfather, John Simon Hilgenhold, was born on March 24, 1892 in a rural community, known as St. Marks, in Perry County Indiana. The grandson of Dutch-German immigrants, he was the seventh of eleven children. As a young man he completed his education after the eighth grade, as was customary for the time, and worked on the family farm with his father and three brothers.

John registered for the draft on June 5, 1917 at the age of 25. Just under a year later, on May 28, 1918 he was drafted into service of the U.S. National Army and reported to Camp Zachary Taylor in Louisville, Kentucky along with forty-eight other Perry County men. One of whom, Carl Goelzer, would eventually become his brother-in-law. He trained as an infantryman with the 44th Company, 11th Battalion, 159th Depot Brigade and completed basic training on June 16th.

He was then transferred to Company M, 153rd Infantry Regiment, 39th National Guard Division that was stationed at Camp Beauregard near Alexandria, Louisiana. This influx of new recruits brought the division up to full strength and they set sail from Newport News, Virginia a little over a month later on August 6th aboard the S.S. Kursk, a converted British troop transport. Upon arrival in Brest, France, the 153rd traveled to the St. Florent region, southwest of Bourges, until it was dismantled and its personnel sent to replace battlefield losses in existing combat divisions. 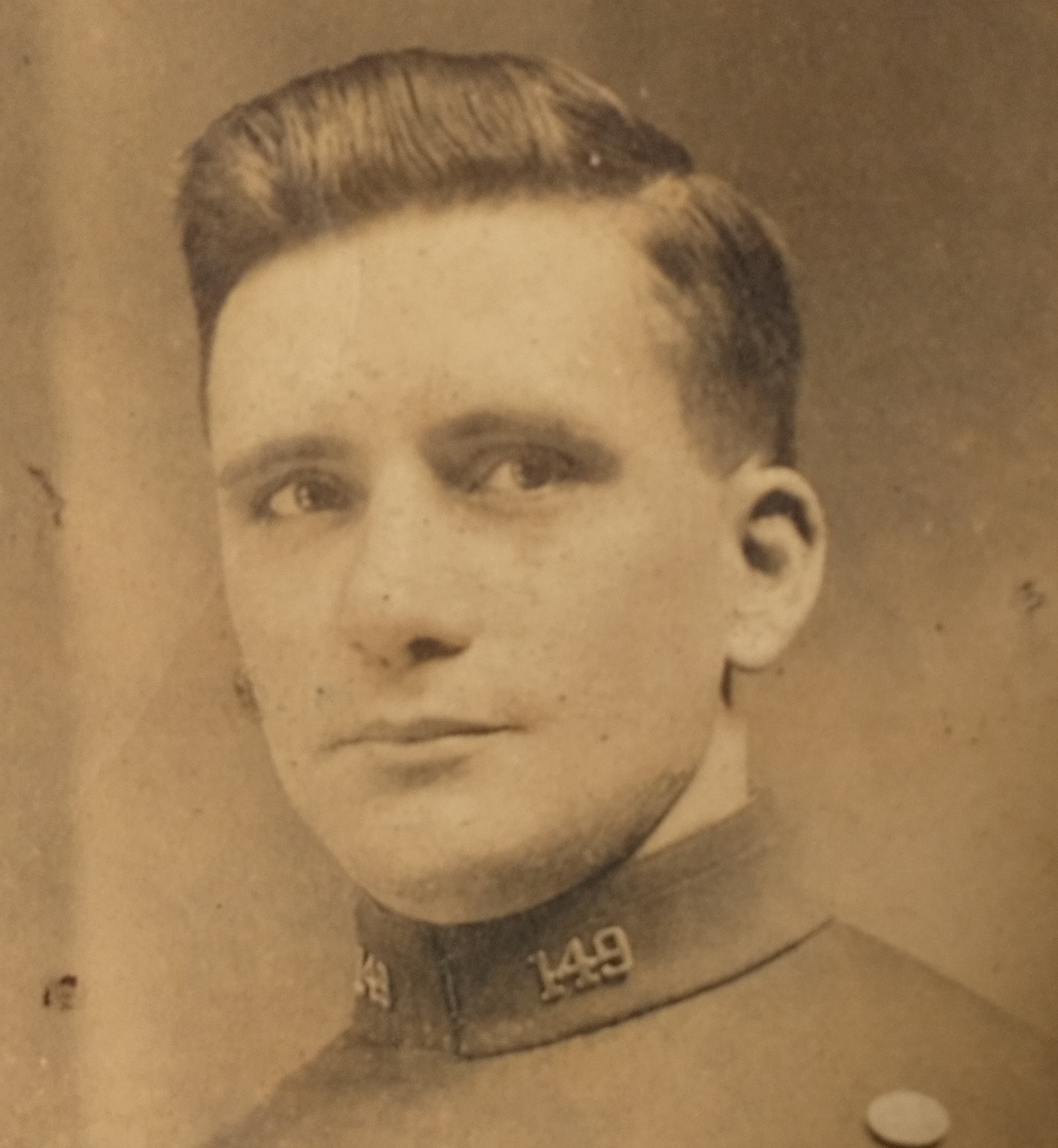 John F. Tronsor born around 1898. John Tronsor served in World War 1 with the United States Army . The enlistment was in 1917 and the service was completed in 1919.

All I know of Uncle Frank was he was gassed three times and was eventually medically discharged.

I and Lisa Quanci designed a aluminum poppy to be installed on Memorial Day 2020. We sold kits of 10 to be assembled and brought back to us. Every club as well as many individuals participated. Covid interrupted our planned installation in 2020 and the poppies were stored in my garage.