He served with the 364th Infantry.

Private Duggu Ramn was born in Simula Hill, Hindustan, East India. His exact date of birth is contested. On his World War I draft card, U.S. naturalization documents, and U.S social security claim list his date of birth as August 11, 1893. While his gravestone notes it as August 11, 1895. it is important to note that on Ramn's World War I draft card, his race was listed as Indian.

He arrived to the United States on June 15,1914 and settled in Philadelphia, Pennsylvania.

Ramn was inducted into U.S. Army on September 22, 1917 in Philadelphia . He served with Company E of the 304 Engineer Regiment, 79th Division. In 1918, Ramn was naturalized by the State of Maryland.

He served overseas from July 9, 1918 to May 29, 1919. Private Ramn and his unit departed from Hoboken, New Jersey for Europe on the ship France. On his U.S. Army Transport Service passenger List he put down his address as 67-74 Chew Street, Mount Airy Philadelphia, Pennsylvania. He also listed his friend, Mr. Samuel Lenten, as his next of kin. Private Ramn saw action in the Muese- Argonne offensive and was gassed in Nantillois on October 9, 1918. He was honorably discharged on June 5, 1919 at Camp Dix, New Jersey and returned to Philadelphia.

By 1920 Ramn lived by himself in a rented home on 68-36 Musgrave or Musgrove Street in Philadelphia. In his 1920 U.S. federal census, his race was listed as Hindu or East Indian and his native tongue was listed as Hindu. Hindustan was listed as his birthplace as well as his parents. On the census it also said Ramn was a painter at a ship yard and was able to read and write.

Sam Hindu(o) was born in Bombay, British India in 1895. He immigrated to the United States before 1917 and settled in Brooklyn, New York.

Hindu(o) was inducted into the U.S. Army on April 23, 1918 in Brooklyn New York. He was part of Company I of the 367th infantry, which was part of the 92 Division. The division was a famous segregated infantry unit during the war and was nick named the "Buffalo Soldiers".

Private Hindu(o) served overseas from June 10, 1918 to February 17, 1919. Hindu(o) and his unit left for France on June 10, 1918 from Hoboken, New Jersey on the ship America. He listed on his departing and arriving U.S. Army Transport Passenger lists, Mrs Maggie or Mary Williams as his next of kin. He also listed his address as 27 Fleet Place, Brooklyn, New York. Hindu(o) and his unit departed from Brest, France on February 8, 1919 on the ship Rotterdam and arrived in the Hoboken, New Jersey on February 17, 1919 for Camp Upton, New York.

Ernest Elijah Henderson served in the Infantry of the United States Army during the First World War.

He registered for the Local Selective Service Draft Board for Independence County in Batesville, Arkansas on June 5, 1918. His registration indicates that at that time, he was a farmer with his father (J. E. Henderson) at Newark, Arkansas.

He was assigned to a demobilized group at Camp Pike from July 18, 1919, until his date of discharge. He was Honorably discharged, with the rank of Private, from the United States Army on July 22, 1919.

Assigned as CO of Company G, at Gurgy la Ville, sent to front to relieve 26th Div. Made Captain. Participated in attack to straighten the St. Mihiel salient north of Nancy in the Toul sector and then take Metz, began attack as reserve company. Hit by artillery shelling on September 11 0r 12, lost left eye and left arm. Arrived back in NY harbor on November 9 or 10, 1918. Mustered out in December, 1918. Awarded Purple Heart on December 7, 1941. 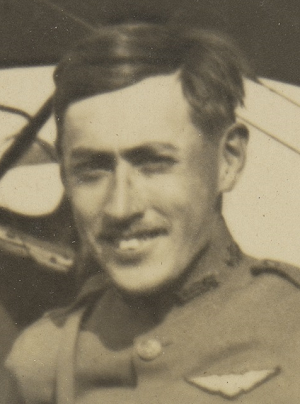 Gilbert Nelson Jerome's Military Service Record, State of Connecticut is mostly blank. His mother neatly typed up answers as she could, but page three, in which the state asks questions like, "what was your attitude toward military service?" and "what were the effects upon yourself of your overseas experience?' would not be answered, since her son was killed in his bi-plane on July 11, 1918 in France.

Although twenty-nine year old Gilbert wasn't able to answer those questions, he wrote often to his mother while serving, and it's safe to say that his experiences in WWI were similar to many others, infantry and airmen alike. During training and later, in between sorties, Gilbert and his cohort experienced long periods of down-time, when they would try to keep themselves busy reading, writing letters home or playing games. These quiet periods were often shattered with bad news--such as the day when Gilbert learned his bunkmate Ernest Leach, a minster's son from Cape Cod, was shot down in the same plane Gilbert had flown earlier in the day.

Certainly no one was safe in the Great War years, civilians or those in service were all under siege from the Spanish flu and other diseases, as well attacks from the enemy. But, those who flew--in paper thin airplanes with mounted machine guns--had high rates of casualties. It didn't matter if you were the son of a president (Quentin Roosevelt was killed in action) or the son of a minister. Many of them died, and as was the custom during war, each was buried where they fell--overseas and far away from their homes and families. 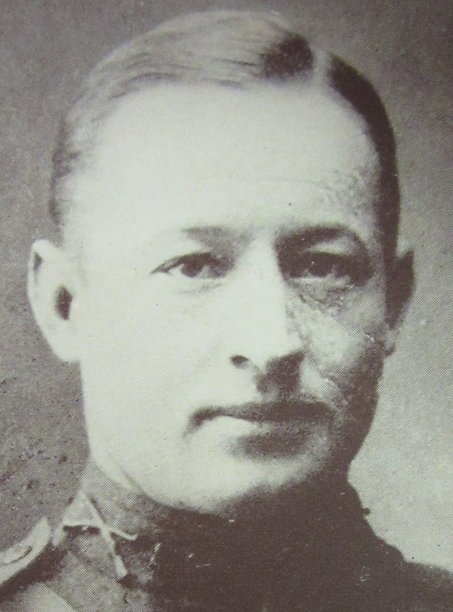 Born 2 Sep 1887 at Huntington, WV, to John and Mary Davis. Served in the WV National Guard before receiving a commission. Volunteered for immediate overseas service and sailed on MONGOLIA 11 Sep 1918.

Recommended for promotion shortly after regiment came out of Chateau Thierry sector. After service at Chalons-sur-Marne, awarded Silver Star. The citation reads as follows:

“By direction of the President, under the provisions of the act of Congress approved July 9, 1918 (Bul. No. 43, W.D., 1918), Second Lieutenant (Infantry) Henry W. Davis, United States Army, is cited by the Commanding General, American Expeditionary Forces, for gallantry in action and a silver star may be placed upon the ribbon of the Victory Medals awarded him. Second Lieutenant Davis distinguished himself by gallantry in action while serving with Machine Gun Company, 165th Infantry Regiment, 42d Division, American Expeditionary Forces, in action near Chalons-sur-Marne, France, 15 July 1918, and by his brilliant leadership. 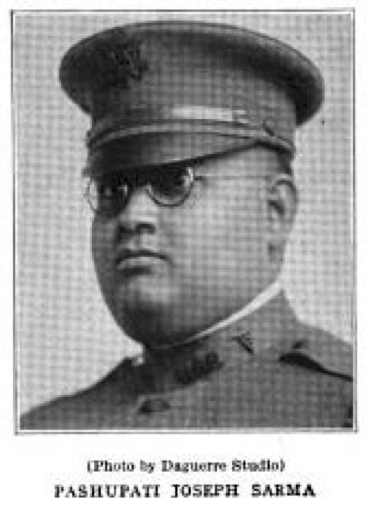 Colonel Pashupati Joseph Sarma served in World War 1 with the United States Army . The dates of service are: Unknown .

Gobind Sahai Jaye served in World War 1 with the United States Army . The dates of service are: May 26 1918 to Unknown.

Gobind Sahai Jaye was on October 15, 1895 in Sialkote, British India. He immigrated to the United States on September 14, 1913. Jaye settled down in Chicago, Illinois.

On August 9, 1918, he petitioned for naturalization in Macon, Georgia as U.S. Army soldier at age of 22.

At some point after August 1918, Jaye was deployed to France with a medical supply depot unit.

After the war, Gobind Sahai Jaye returned to Chicago.

Chandra Lachman Singh served in World War 1 with the United States Army. The dates of service are: Unknown .

Chandra Lachman Singh was born on May 14, 1895 in Grenada, West Indies, Great Britain. He arrived to the United States on August 2, 1913.

He settled down in Chicago, Illinois. Singh registered for the U.S. military on June, 5 1917.

On October 23, 1918, Singh departed from Hoboken, New Jersey with his unit, Headquarters Company, 8th Infantry on the ship Princess Matoika to France.

After the war, he returned to Chicago. He married Merissa P. Rathau on January 17, 1924 in Manhattan, New York.

By 1940, at the age of 44, he was working as salesman and living with his wife Merissa Singh. 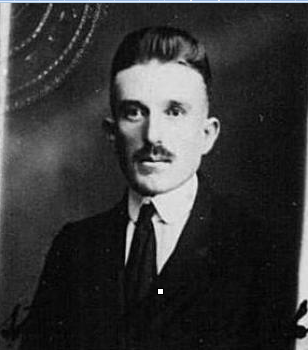 Oreste Alberighi was born on Jan. 27, 1887 in Gradizza, a small hamlet of Copparo in Ferrara district in Italy. His father was Antonio and his mother unknown.

He was stout, with brown hair, grey eyes and he used to smoke pipe. From this habit he got the Italian nickname of « Pipa Calda », Hot Pipe.

He left Italy in April 1912 for New York – Stoneco (and then Beacon) to follow the paths of his stepsister Ernesta Novelli Manzolli that had left Italy the year before to settle in the US after her marriage and the birth of her second child.

Oreste Alberighi did his military service as private in Dutchess in 1917-1918. He was naturalized in Spartanburg SC – in June 8,1918.