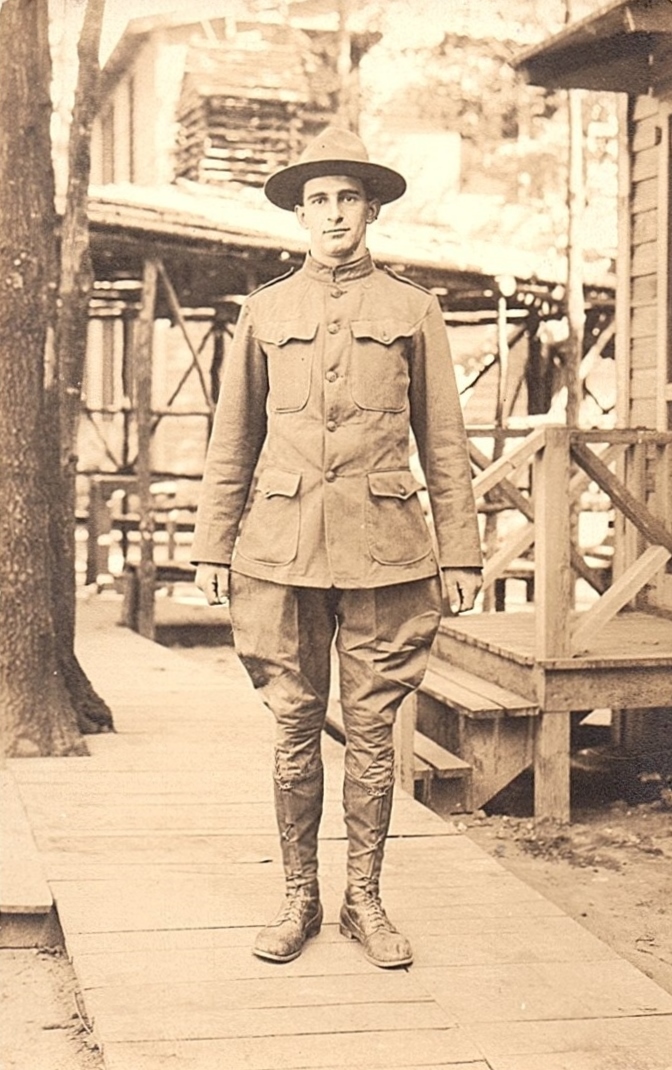 Nelson rolled his pack for the last time at Camp Jesup and boarded a train due north on October 24. He passed thru Greenwood, South Carolina, Monroe, North Carolina, Richmond, Virginia, Washington, D.C., Baltimore, Maryland, Philadelphia, Pennsylvania, and reached Camp Merritt, New Jersey Sunday morning, October. 27. There he was issued equipment, inspected, and in his words “shearing our beautiful curls”. The next day he set out for Alpine Landing where he boarded a ferry boat for Hoboken, New Jersey. Upon arrival in Hoboken, he boarded the Princess Matoika, (formerly Princess Alice of Germany) and at noon was France bound. During the voyage Nelson wrote: “The voyage was rather uneventful with the exception of one day of storm.”

The ship finally landed in the harbor at Brest, France on November 9, 1918. From there, he marched to Camp Pontanezen (near Brest). On November 17, Nelson boarded a freight train at about 4 P.M. and started inland to Langres, where they spent the night on the 20th. When dawn had come they went in trucks and arrived at Camp Williams in Is-sur-Tille, France on November 23. There were 35 men in Nelson’s detachment with their duty being to operate a small repair shop at this place.

On December 19 they left Camp Williams in trucks and went to Neville L’ Equeque, France where the group made their home in a deserted barn. On December 23, Nelson started for Germany in connection with Unit 310 which had again assembled. They traveled in 3-ton Liberty trucks and passed thru Neufchateau, Ponta- Mousson, Metz in France, spending Christmas Eve in Ponta-Mousson. They traveled through Luxembourg, and Treves and Salmahr in Germany.

Nelson stayed in Germany for about eight months. About mid-night of the 27th of December, occupation of the Rhineland began. Here on the bank of the Rhine, Unit 310 set up and operated a complete auto repair shop and spare-parts warehouse. The unit did auto, truck, and motorcycle repairs for the entire Third Army (Army of Occupation). While in Germany, Nelson also played the cornet for a skit entitled “Occupation Follies” in 1919.

I learned a very funny thing while doing this research. On January 6, 1919, Nelson learned that he had been a sergeant since about October 20th. However, this rank lasted only about three weeks after he became aware of the promotion. He was soon reduced to the rank of private once again. On January 6th Nelson had his only experience in guard duty. The journal ends with: “Feb 3rd. I was sent to the hospital, a victim of the mumps.”

This is another interesting fact, the Service Book ends with February 3, 1919 but he was not discharged until September 23, 1919. I have no record of how he spent his time in between those dates and no way of finding out. A mystery no doubt! 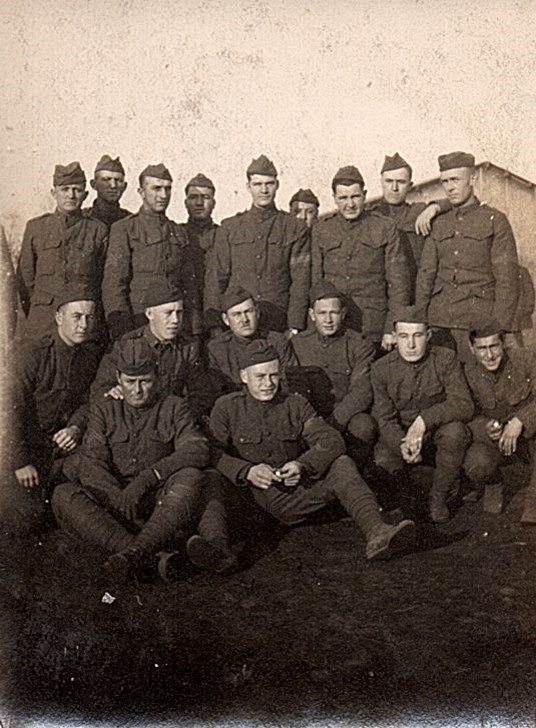 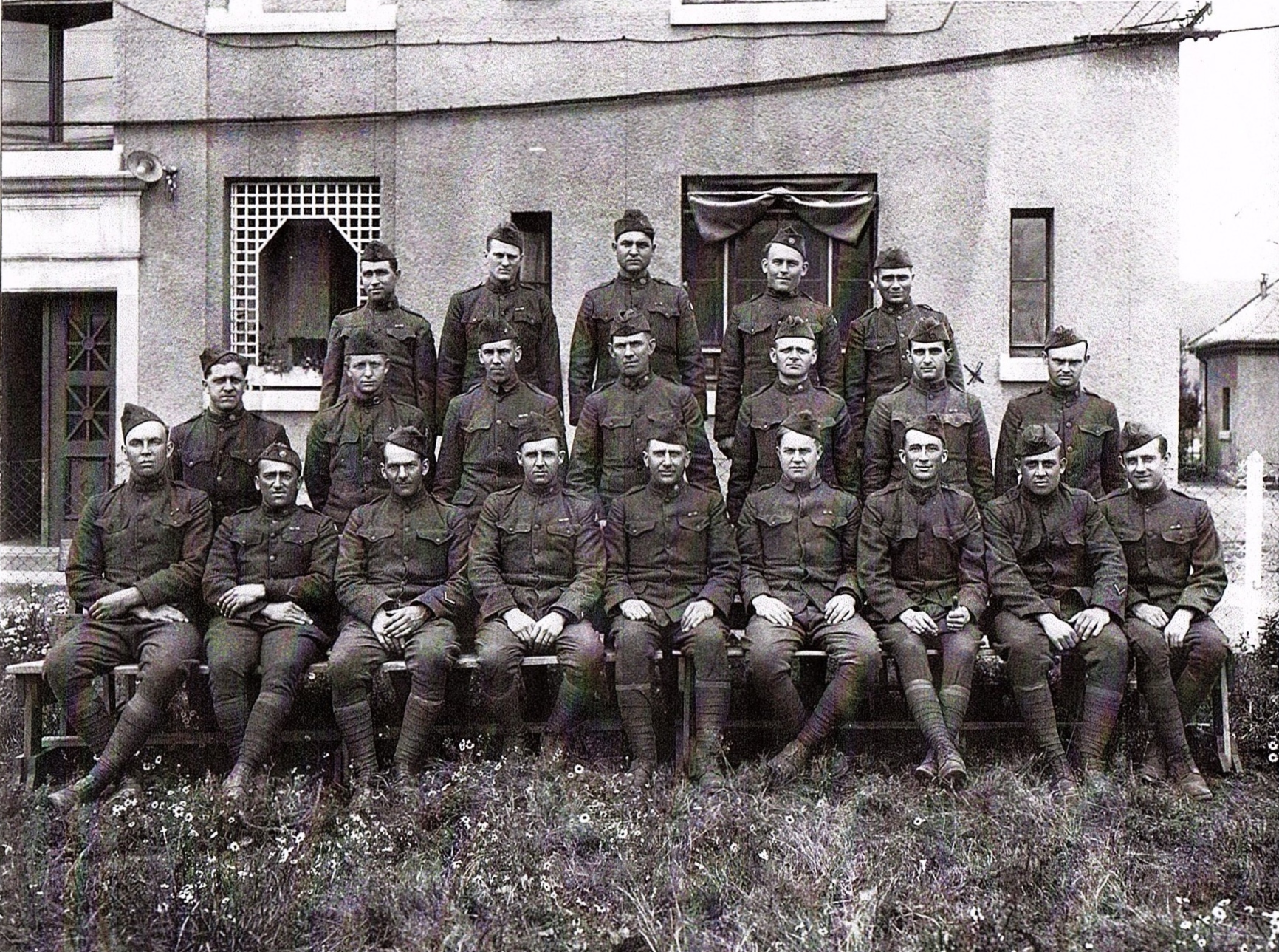 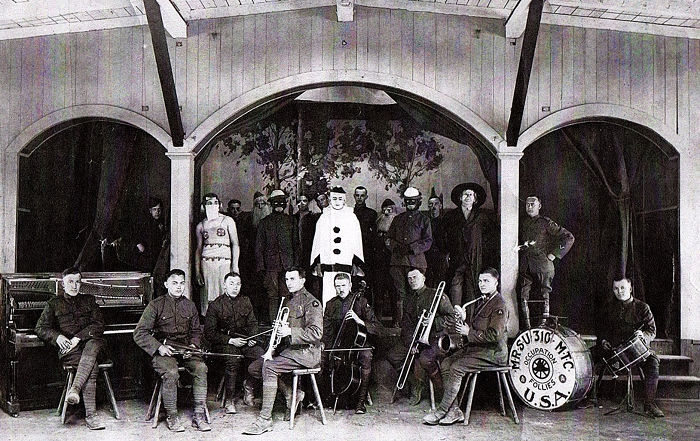 Nelson Howard Ulmer holding a cornet (seated fourth from left) with the orchestra for the “Occupation Follies” skit in 1919. 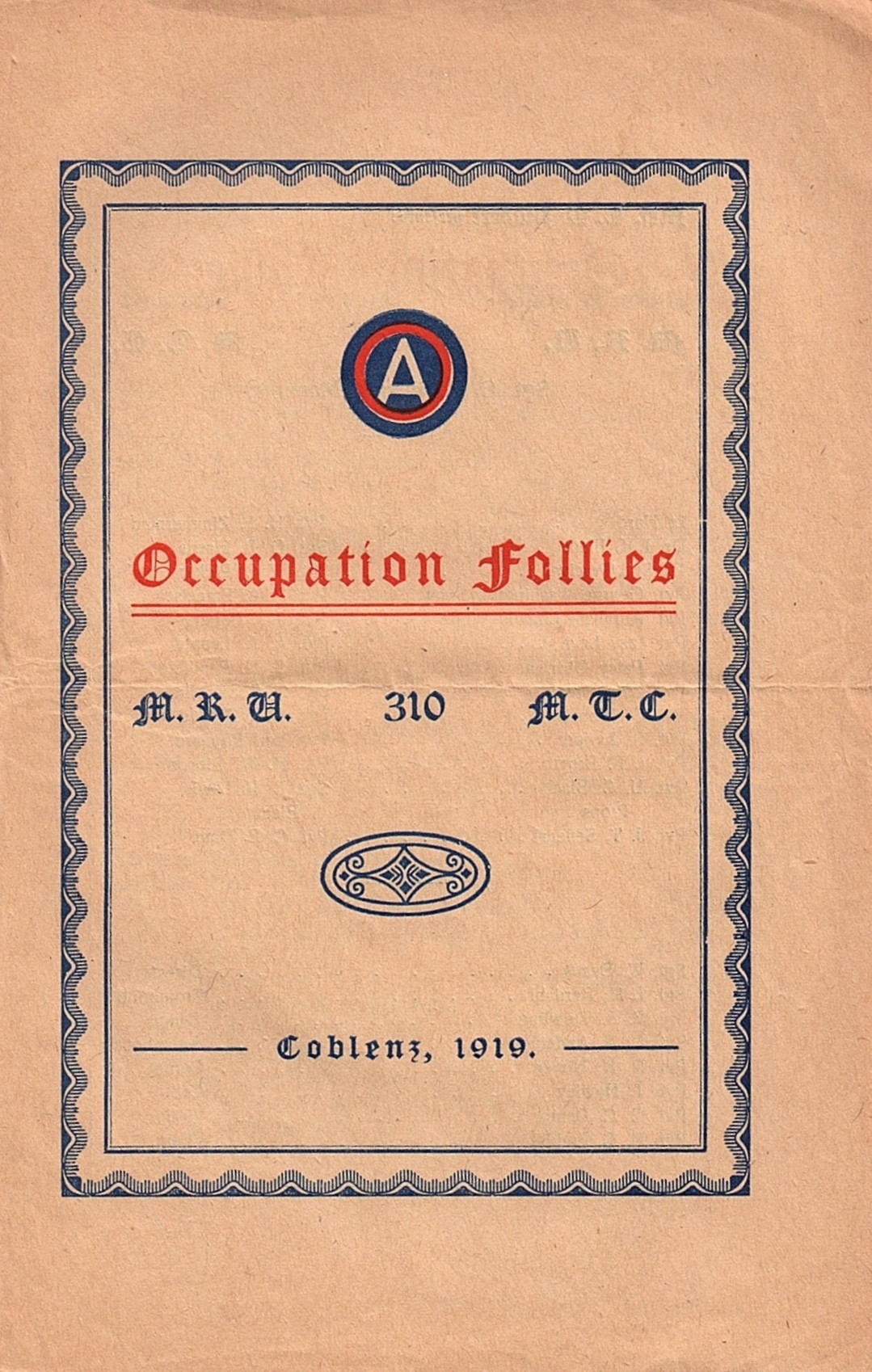 Cover of the “Occupation Follies” skit program in 1919. 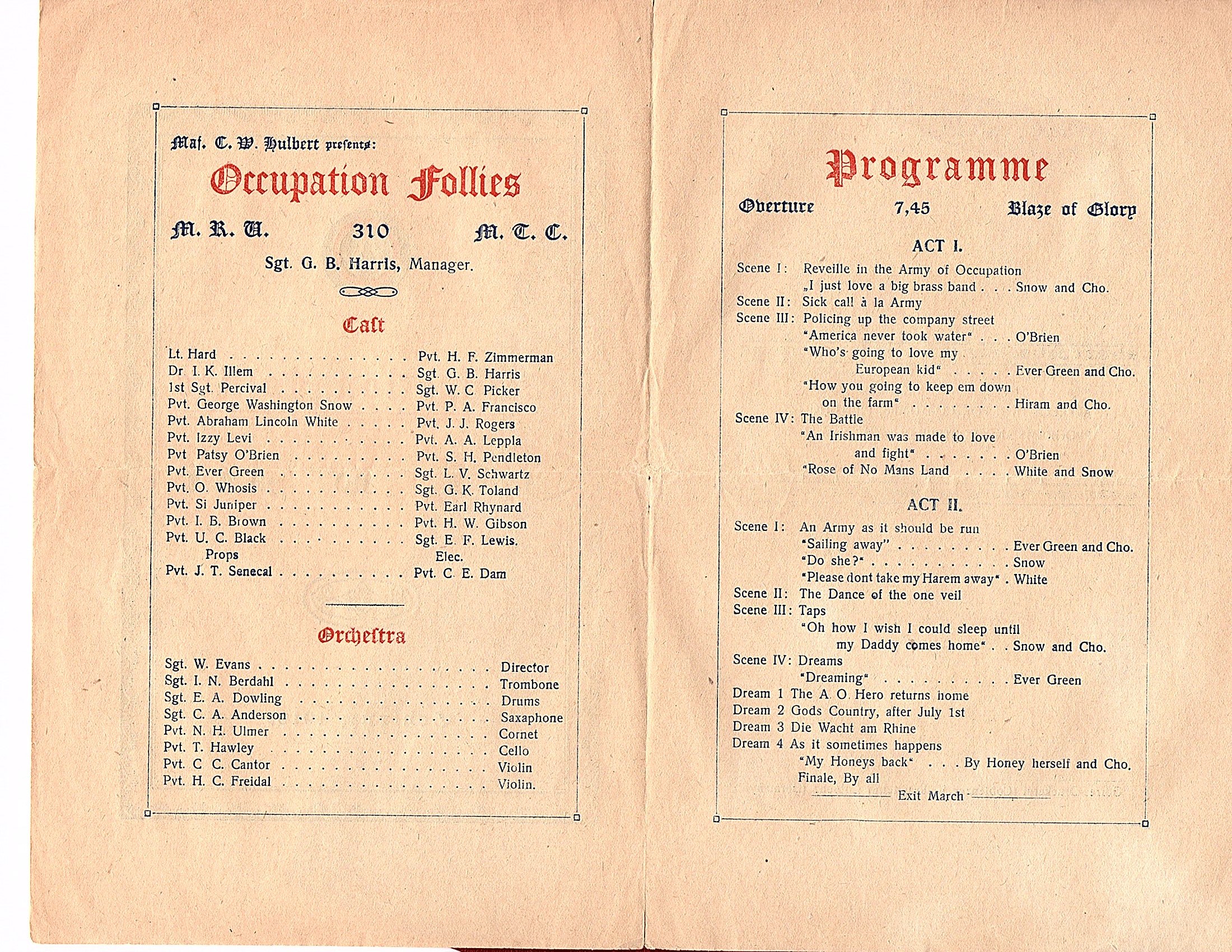 Inside of the “Occupation Follies” skit program in 1919