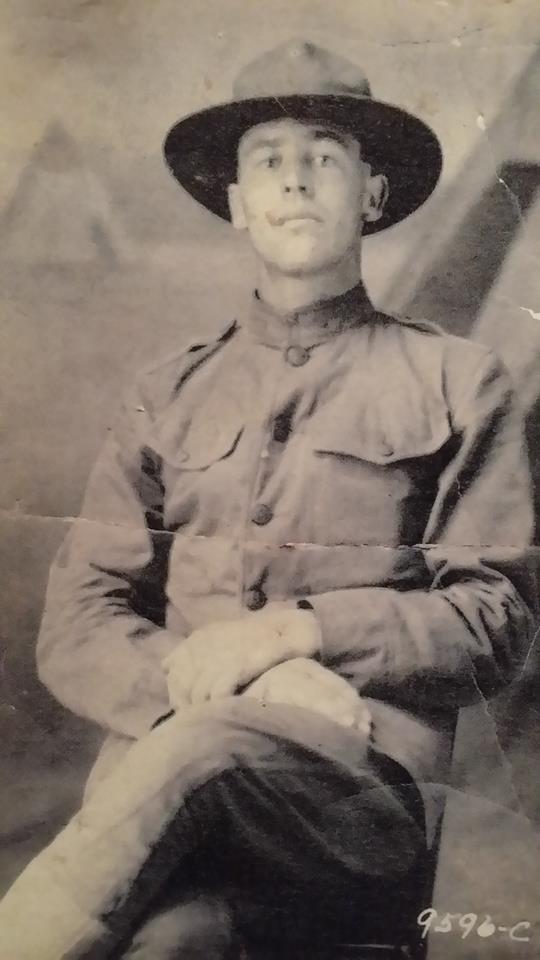 Just recently our family was also thrilled to have found and purchased this hard to find Unit History Book called "History Of Company F, 316th Infantry 79th Division, A.E.F. In The World War 1917-18-19." This unit history is only found in select libraries and bookstores. This unit history was published in 1930 and only 200 copies were made for circulation. Our family was thrilled to have found and purchased this hard to find book online! This unit history is the only thing we have that explains my great grandfathers time during WWI. All the people in the family that may have known stories of his time in WWI in France have passed on! This is why this unit history and other books about the 79th Infantry Division is so precious to our family!

On his Final Pay Voucher it shows my great grandfather's date of arrival to U.S. was on May 29th, 1919. He was discharged from Army in Camp Dix, New Jersey. His discharge date was June 7th, 1919.

After WWI my great grandfather married, had five children and worked and retired from Norfolk & Western Railway, Roanoke, VA. All his life John Posey Conner and his family farmed and worked the land in Floyd County, VA. He grew up atop our beautiful mountains and scenery of Floyd County, VA. And tragically on Valentines Day 02/14/1962 he was a pedestrian crossing road on U.S. Highway route 221 on foggy day, less than a mile from his home, when he was accidentally struck by a motor vehicle.

John Posey Conner was laid to rest at the family cemetery in Copper Hill, VA! He was loved by all who knew him! All in the family say that he was a hard worker. He was always staying busy. "Posey" was good to everybody! He thought the world of his family! They would say "you couldn't meet a better person than Posey!" He will never be forgotten!