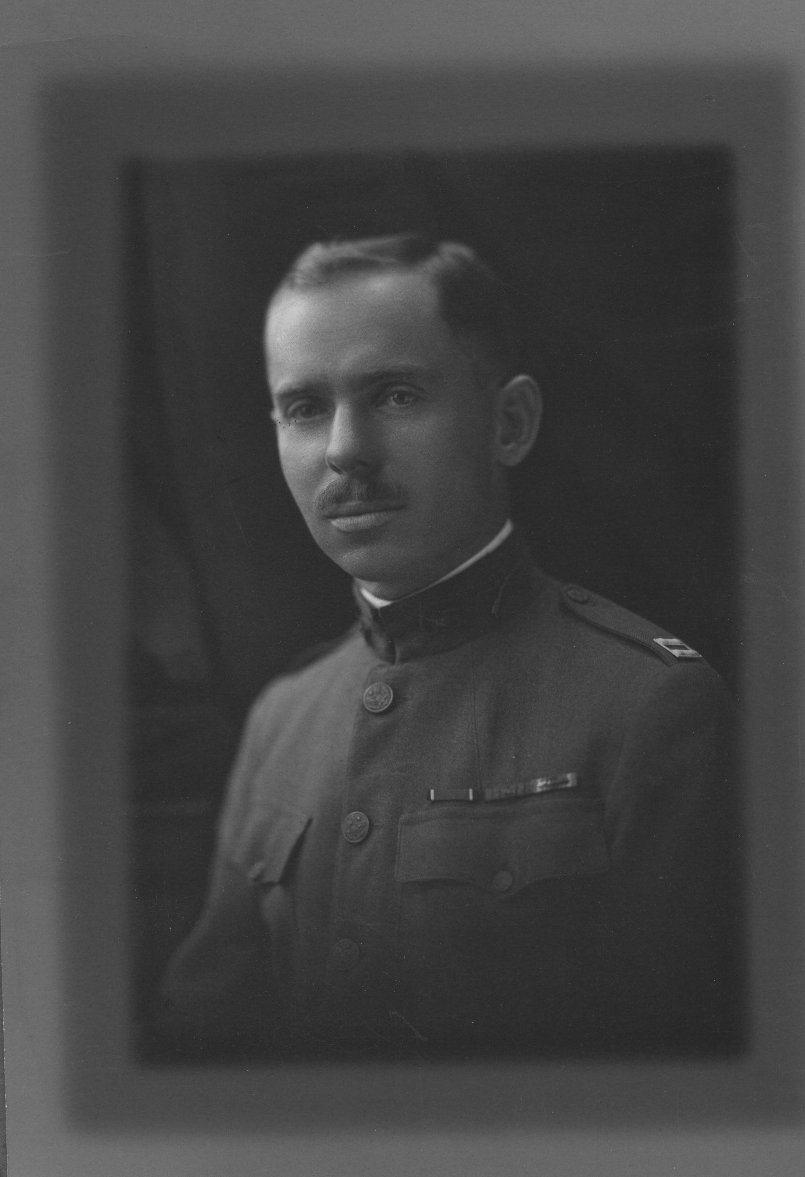 Two years later he was named to the post of superintendent of the first Civilian Conservation Corps (CCC) in Rhode Island. 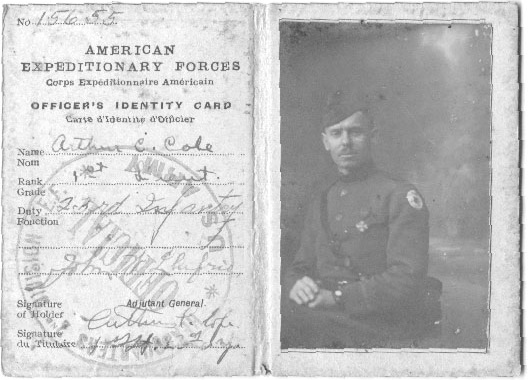 During World War II he was the assistant director of Rhode Island’s civilian defense system, a post he accepted after resigning as chairman of the Civilian Defense Council. He was a liaison officer of the War Plants Corps, and Rhode Island and Massachusetts chief of the War Assets Division.

After his military career he turned to other public service in the town of Glocester as public welfare director, zoning officer, building inspector, deputy town clerk. 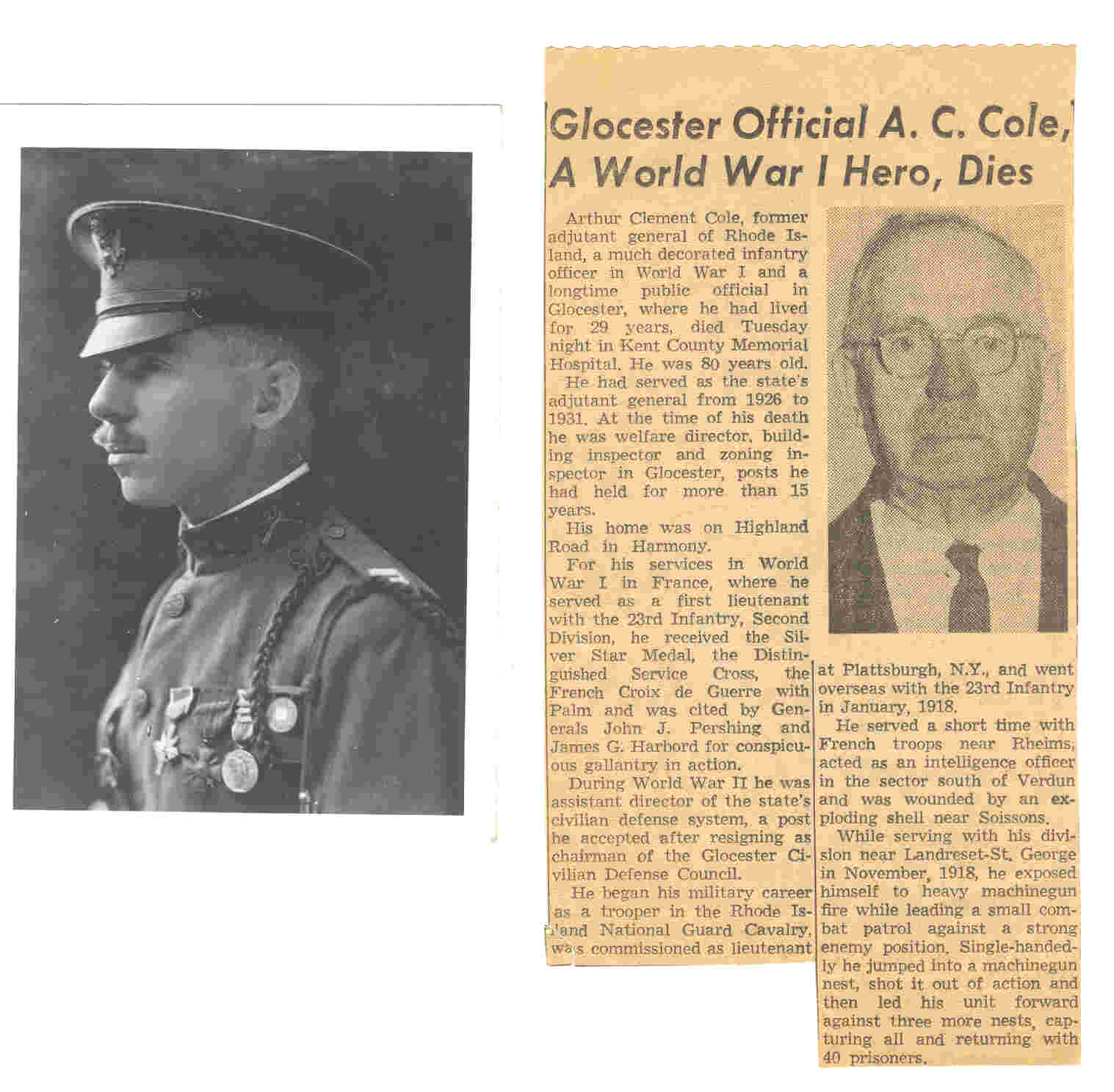 When Arthur was 75, reporter Louis Bleiweis of the Woonsocket Call wrote an article him. From this article:
“The former state adjutant general under two republican governors has passed his 75th birthday but still walks with military bearing and an elastic step and continues his contributions to public service with a zeal that men many years his junior envy.”

And from the same article, four years prior at age 71, “calling on the knowledge he had gained in World War I, voluntarily undertook a task that would be monumental for an even much younger man. He had seen the need for Glocester assessor’s maps to be drawn and laid out on aerial maps. With the same energy that characterizes his every action, he bent to the task.”

French citation:
July 1,1918  Assumed command of his company after the captain was wounded and led it with conspicuous gallantry in a successful attack resultin in the capture of 58 prisoners, two machine guns, 100 rifles

Regarding his helmet:
“The Indian head patch worn by members of the 2nd Division was the brainchild of a truck driver during World War I. The emblem was exhibited in a prominent place on the side of his truck. 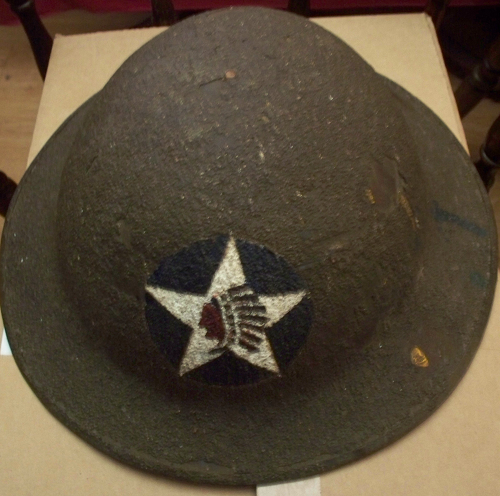 It caught the eye of a passing high-ranking officer, and was eventually selected as the insignia for the Division. It differed during the First World War, in that the color of the background on which the star was placed showed the battalion or independent company of the regiment as follows: black, headquarters company; green, supply company; purple, machine gun company; red, 1st Battalion; yellow, 2nd Battalion; and blue, 3rd Battalion. The circular shaped background represented the 23d Regiment. After the war it was decided to standardize the patch and a shield was selected as the background with its color black for all units.” 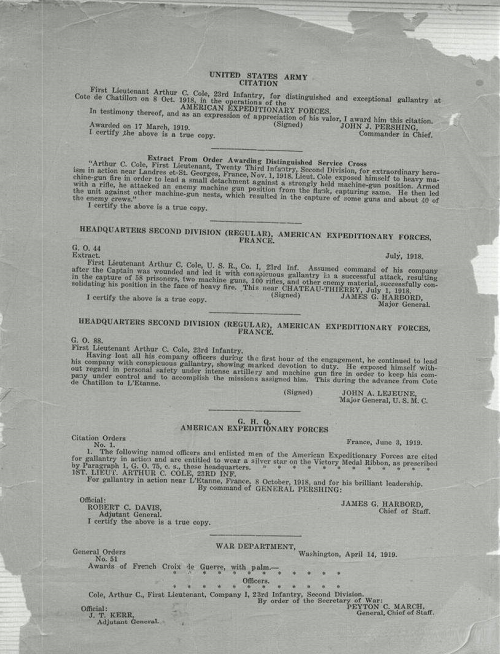 From Order Awarding Distinguished Service Cross:
“ Arthur C. Cole, First Lieutenant, Twenty Third Infantry, Second Division, for extraordinary heroism in action near Landres et-St. Georges, France, Nov. 1, 1918. Lieut. Cole exposed himself to heavy machine-gun fire in order to lead a small detachment against a strongly held machine-gun position. Armed with a rifle, he attacked an enemy machine gun position from the flank, capturing same. He then led the unit against other machine-gun nests, which resulted in the capture of some guns and about 40 of the enemy crews.” 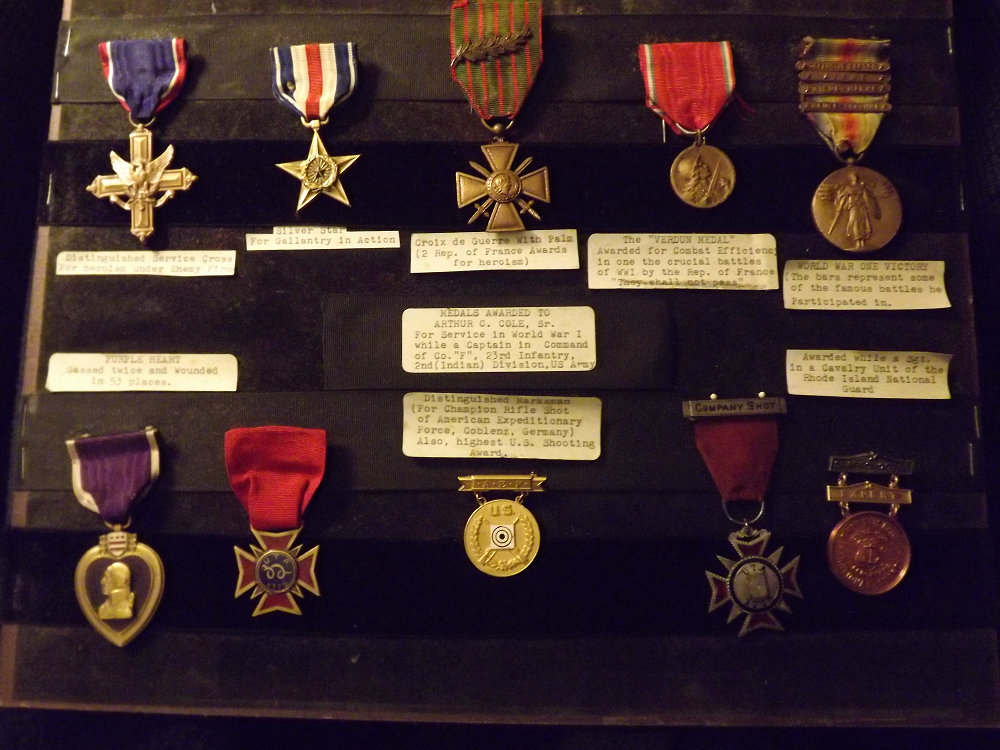 From a newspaper article: “He served for a short time with French troops near Rheims, acted as an intelligence officer in the sector south of Verdun, and was wounded by an exploding shell near Soissons. While serving with his division near Landres-et St. George, in November 1918, he exposed himself to heavy machine gun fire while leading a small combat patrol against a strong enemy position. Single-handedly, he jumped into a machine gun nest, shot it out of action, and then led his unit forward against three more nests, capturing all and returning with 40 prisoners.” Another article states that “one of his fortes was the practice and teaching of map-making.”