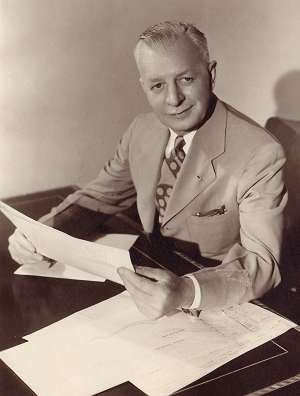 After enlistment, he began Engineer training at Washington Barracks in May and June 1917. This is now called Fort McNair. Private Russell Lee served in Echo Company, First Engineers, of the First Infantry Division (part of the Allied Expeditionary Force). The AEF was commanded at the highest level by General John J. “Black Jack” Pershing. The AEF was later divided up into numbered Army Corps and Division units. The First Engineers eventually became the 1st Engineer Battalion of the 1st Infantry Division, or the ‘Big Red One’, which to this day has a very rich and proud military history.

Russell Lee arrived in France aboard the troop transport ship U.S.S. Finland (ship ID 4543) at St. Nazaire on August 20th, 1917, the ship’s second transatlantic crossing. The Finland's second convoy crossing was in the company of the US Navy ships Henderson, Antilles, and San Jacinto, all escorted by the cruiser Montana.

Russell M. Lee, who survived the War, kept a hand-written diary during World War I, which was later edited, typed, and placed into a bound diary which he called “Unofficial Observations, R.M. Lee”. Included in this diary are hand-drawn sketches of some of Russell’s experiences during WWI. 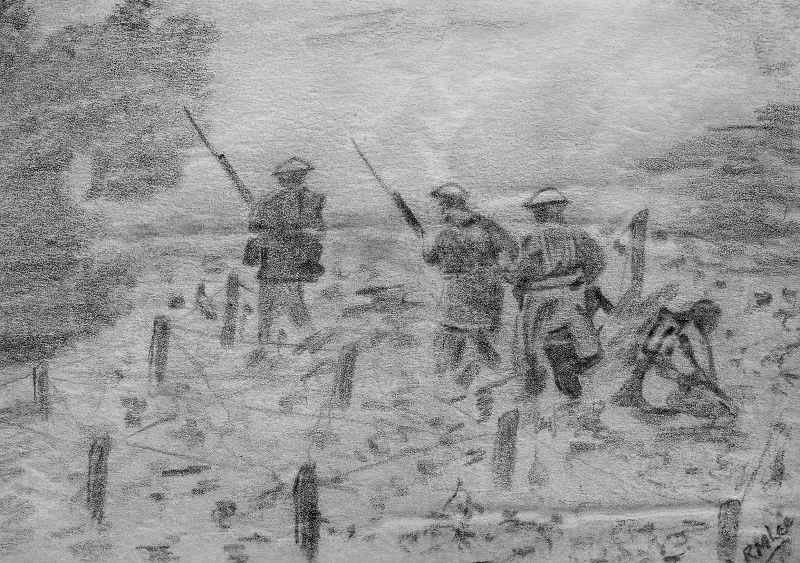 "Patrol"Echo Company, First Engineers, participated in most of the major American operations during World War I. These operations included the Cantigny, St-Mihiel Operation, the Lorraine Campaign, the Meuse-Argonne Operation, and post-Armistice activities from November 1918 until August, 1919 where the unit served in Germany as a part of the Army of Occupation.

Some of Russell Lee’s select entries into his “Unofficial Observations”:

July 21st 1917, (Upon arrival in France) “When we got to the railroad yards the men were loaded into a ‘side-door Pullmans’ (freight cars) marked with the legend 40 Hommes and 8 Chevaux, which upon consulting our interpreter we found to mean 40 men or 8 horses, the capacity of the car. The men took it cheerfully enough, although did see some significant grins directed at our Commander, Captain Williar.”

Fall 1917, “This War is disgusting. It has rained incessantly since we have been here. When you go out in the trench you are up to water to your shins, if you stay in the dugout water seeps through and drips on you.”

May 20th, 1918, “Last night after arming ourselves with hand grenades and trench knives we crawled out into No-Man’s Land and toward enemy trenches. It was rather ticklish work because just as we traveled about half the distance, the moon which had been hiding behind a friendly cloud came out and shone brightly upon the surrounding landscape. The Germans had placed contact flares attached to tripwire which we had to avoid. We lay flattened to the ground, expecting any minute to bring a fusillade upon us. The moon finally concealed by a cloud and we resumed forward progress, our hearts pounding as though they would break thru (at least mine was). All of us knew our particular job. Myself and squad were to protect our right flank, Lieutenant Robinson and his men the left flank and the three other squads into the section of trench we had selected seizing what prisoners they could and out again as quickly as possible.” 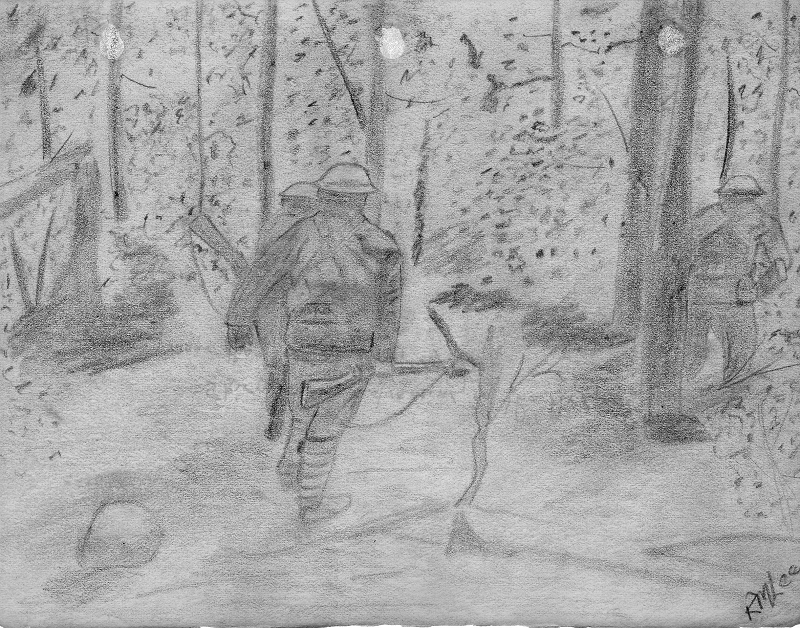 June 10th, 1918, …. “We continually move forward, however, fighting with bayonet and rifle, 45 and knife, until we are in the town of Cantigny…. The Boche immediately counter-attack, are beaten back and are still counter-attacking, but we are safe after two weeks continuous fighting, still sitting pretty.”

July 4th, 1918, “Today being the Nation’s Birthday we held a baseball game and field meet. A safe and sane 4th. It is incongruous. Here we are playing ball and boxing, 5 miles away a war is going on. At home they are quite likely firing guns, sky rockets, etc. Well! There is no accounting for taste.”

August 21st, 1918, “We arrived back at the front and Willier wanted to know where in the Hell we had been so long. Mac asked him what did it matter, couldn’t he win the war without us.”

September 12th, 1918, “We have been on the road now for two days and are in the neighborhood we were in last winter, near Mandre, Seicheprey, and Beaumont. In the forest here and in back of us are thousands of American troops. Going to start a big push, I guess.” 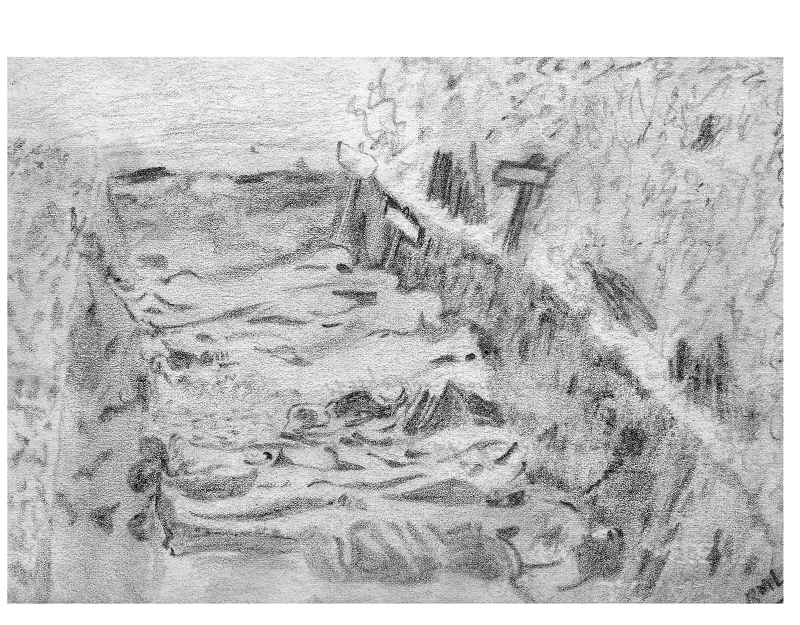 "Common grave"October 2d, 1918, “We have just returned from the attack on St. Mihiel and although we had fears of our success, it proved quite easily taken.”

Date unknown, toward the end of RM Lee’s ‘Unofficial Observations’, “I can think of no better place to end my personal observations than right here, but before I write ‘finis’ to this collection of my thoughts, a few words of explanation had be written. …. I also wish to beg pardon if I have dwelt on my own part in this affair too much. I had not meant to. Nor to detract from anything the French or other allies have done in this war; they too, perhaps, were as carefree and ‘sans puer’ as our boys when they first went in; however, I was not writing of them but of the splendid actions of our own boys. And when I speak of our boys, I mean - Kowalski / Evans / Haslett / Cronk / Serriere / Stein / Levine / Hogarth / Peppi / Cox / Androzzio / Schultz. The foregoing of every race and creed, picked at random from casualty list. Americans all! And I write ‘finis’.”