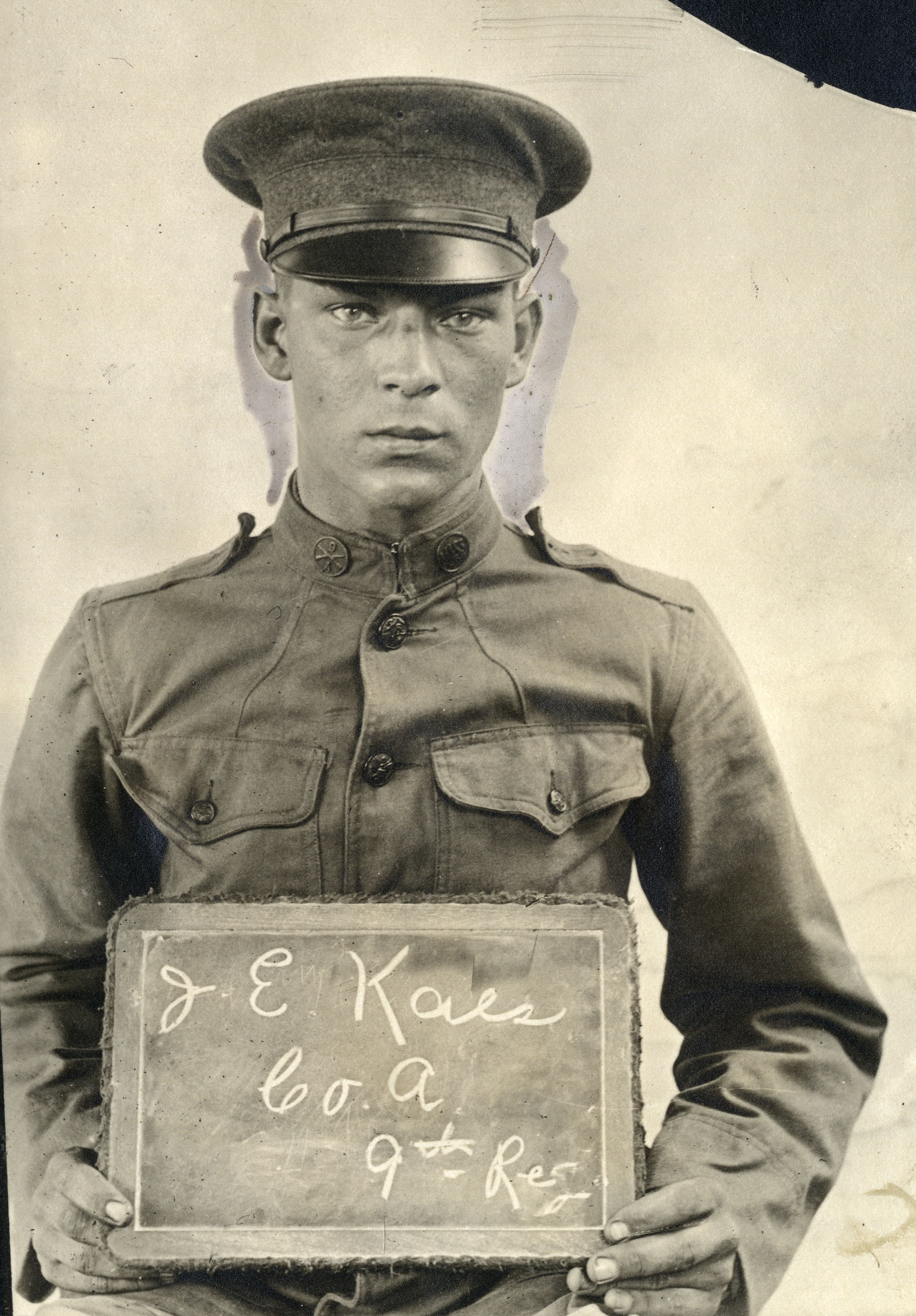 Private Kaes was severely wounded during the Meuse-Argonne Campaign north of Verdun, and brought to the hospital on October 23rd. He died of his wounds at Base Hospital # 3 on November 21st, 1918 and was buried the next day at the American Cemetery in Menestrol-Montignac, Dordogne. He was 22 years old. 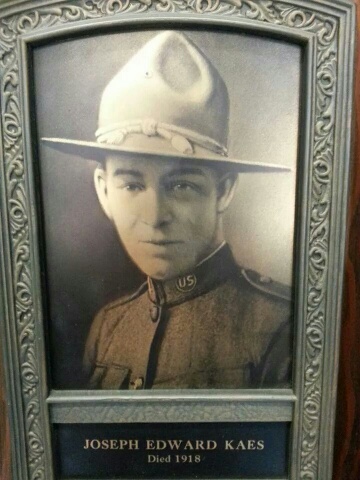 Families of those that died during the Great War were given the opportunity to have the remains of their loved ones returned to the United States at the government’s expense. My great-grandparents were very conflicted about whether to have their son's remains disinterred and returned home, but the body of Private Joseph Edward Kaes arrived home to South Boston on January 12, 1921. His body laid in State at the Municipal Building in South Boston under honor guard from the Michael J. Perkins American Legion Post.

His funeral, with full military honors paid, was held at St. Eulalia’s Church in South Boston on January 14, 1921. A funeral cortege bearing his coffin draped with the American flag proceed from South Boston to Old Calvary Cemetery in Mattapan where he was laid to rest.

A Hero Square at O and 4th Streets in South Boston, Massachusetts is named in his honor. There is also a Memorial Portrait inside the former South Boston High School that bears his image, along with those of 98 other Boston men that sacrificed their lives while in service to their country during the Great War.

Uncle Joe, thank you for your service to our country; your sacrifice has not been forgotten! 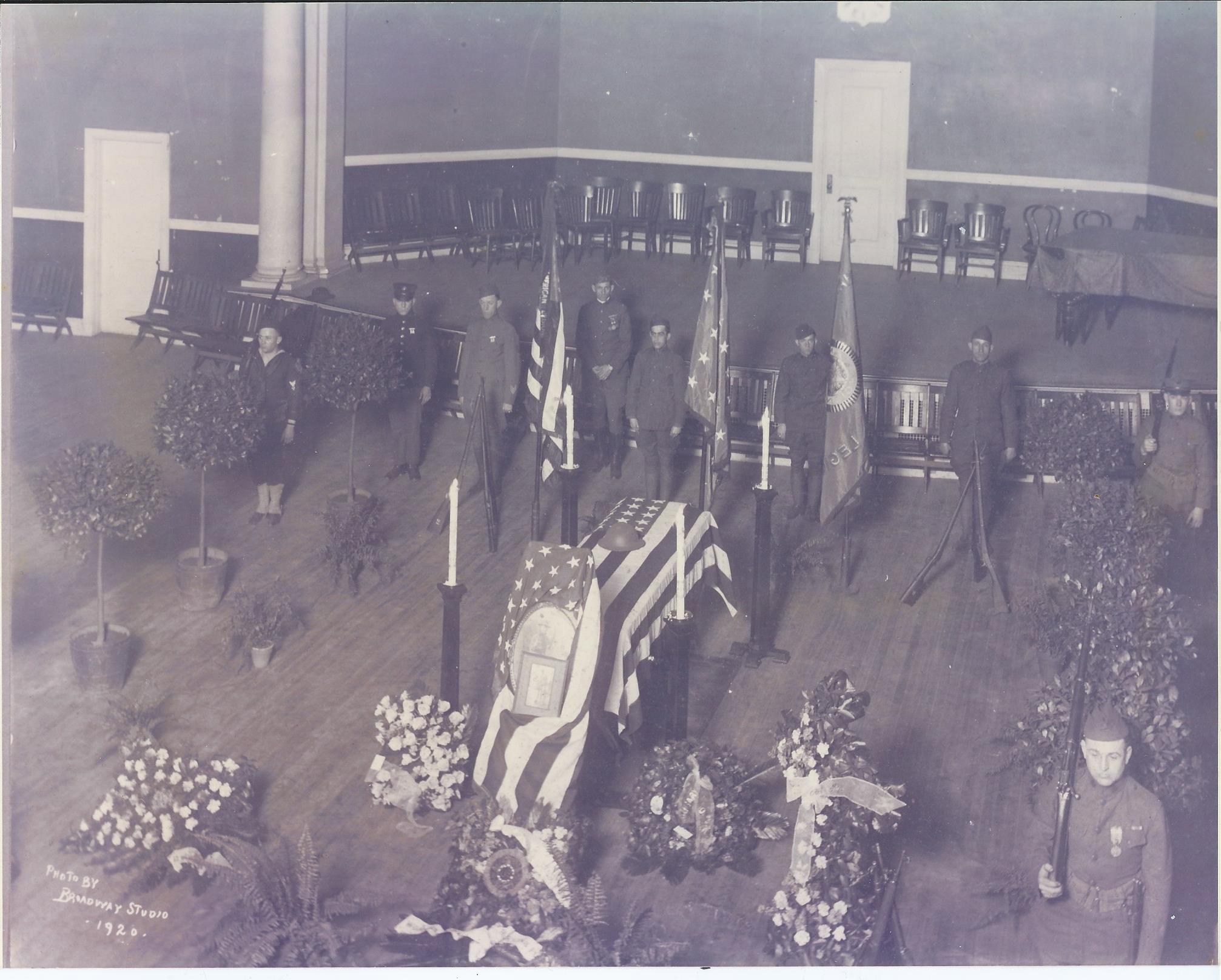