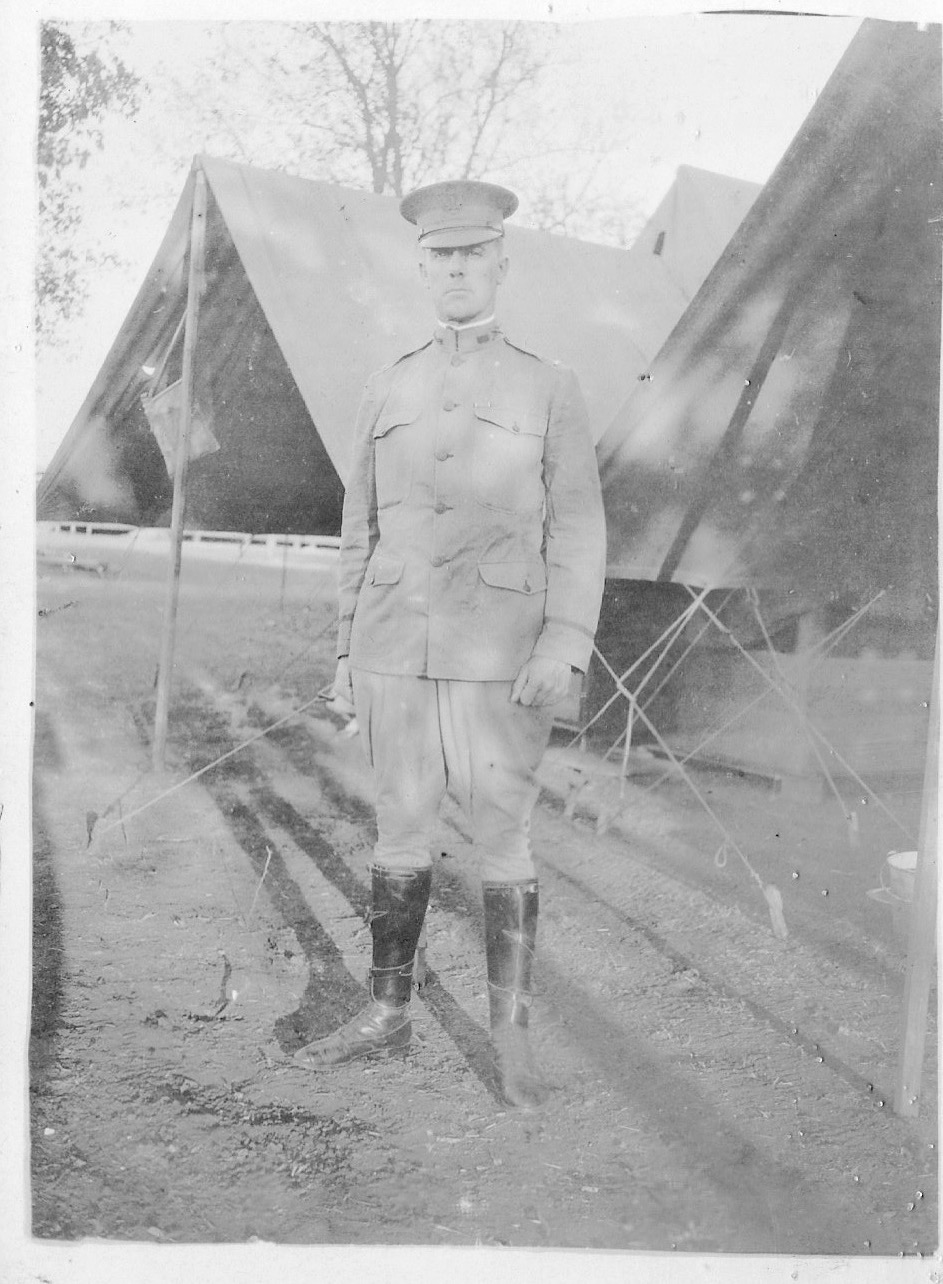 Joe served with the 126th Infantry Regiment of the 32nd "Red Arrow" Division  for most of 1918. As a 1st Lt., Joe took command of E Company for his unit's first month of combat duty in the "Quiet Sector" of the trenches in the Diefmatten area of Alsace-Lorraine. His company endured countless artillery shellings, gas attacks, and regular raids, sniping, and straffing from the German forces across No Man's Land.

When Gen. Pershing came to inspect the regiment, he kept referring to Joe as Capt. Bachus. Each time, Joe would politely correct the commander of the American Expeditionary Forces with "it's Lieutenant, Sir" to which Pershing finally asked, "do you object to being called Captain?" Whereupon Joe answered, "No sir, it would please me greatly."

Joe's battlefield promotion would later help him transition from the Michigan National Guard to a captaincy in the regular U.S. Army, but the attention it brought him was soon noticed by the brass back in Washington, D.C., and Joe was tapped for his experience as a bayonet instructor and sent to Camp Kearny in California where he helped bring a new level of reality to his recruits with the use of goat carcasses for bayonet training.

Joe went on to a full-time army career serving in Panama, with the Taca-Arica Plebiscite Commission, in the Philippines, as a Civilian Conservation Corp commandant in the Upper Peninsula of Michigan, and as Commanding Officer of the Armed Forces Induction Station in the Midwest. He retired in 1944.

A note from Richard C. Bachus: As Smokey Joe’s grandson, I invite you to join a two-year-long historical journey into the Bachus family archives through a new blog feature. We'll follow Joe, the officers and men of his unit, wife Lina, daughter Betty, and their friends and family back home as America prepares for and goes to war. The journey begins September 2016 right here on The United Sates World War One Centennial Commission web site. Coming Soon — Trench Commander: The Bachus Family in WWI.