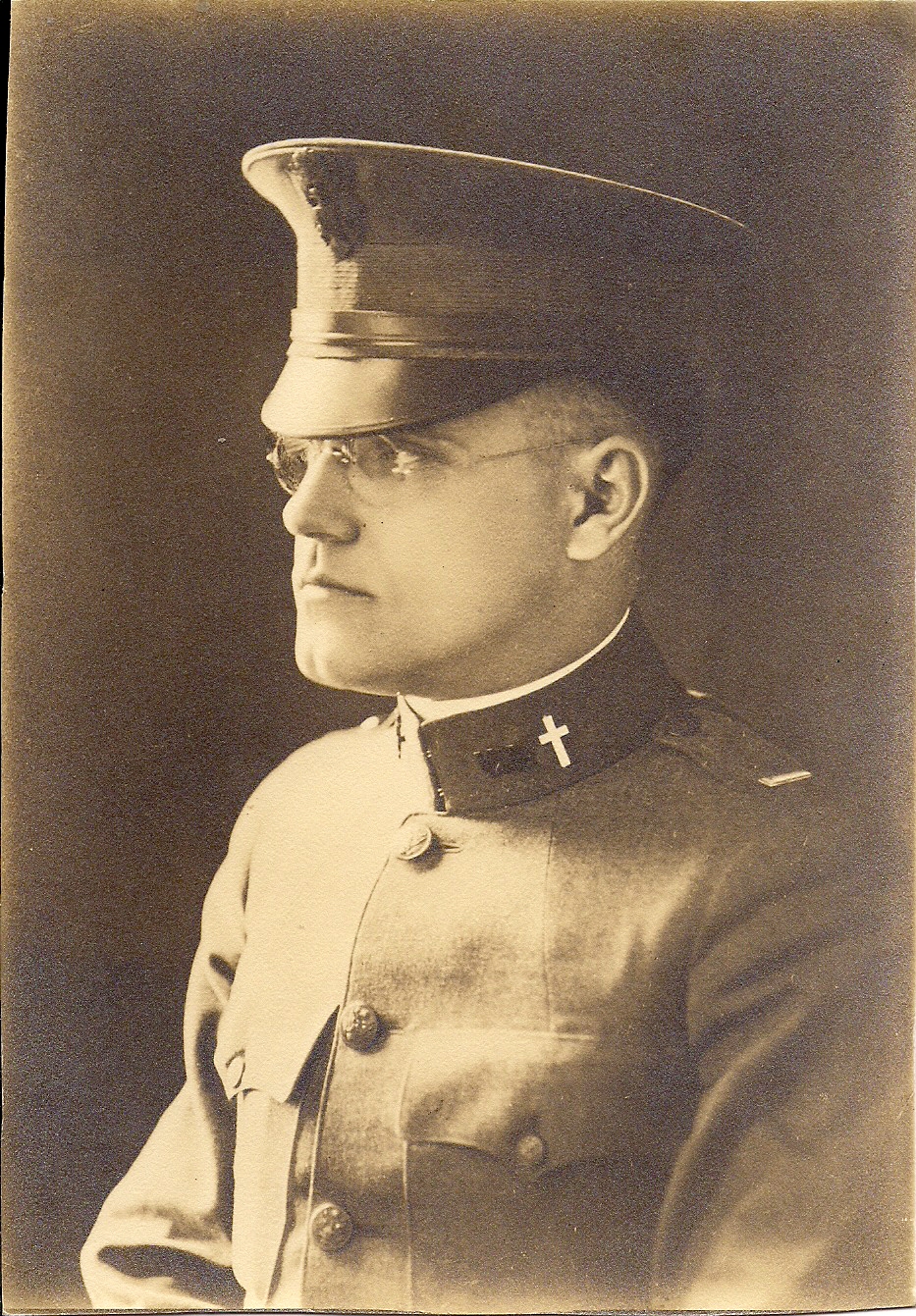 The History of the 313th Field Artillery, U.S.A. gives the official account of their days in France, but CH Yeuell’s letters tell their more personal story of joys, hardships and victories. They crossed the Atlantic on an overcrowded ship, with an untrained crew through heavy fog. Once in France they were stationed for training in Redon. CH Yeuell’s account of their march from Redon to Vannes illustrates his ability to keep morale high along the way. “Four days in the saddle, thru dust and sun, camping in the beautiful grassy pastures and getting up at four o’clock in the cool of the morning, and on, on moves the light artillery. Wonderful, but tiresome for man and beast. How good the grub tastes, how fine the few short hours of sleep.”

Letters written from Vannes the last week in August 1918 hint that the 313th would soon be going to the front. They fought on the front lines of the San Mihiel Offensive from 12-15 September. From there they marched directly into the Meuse Argonne. This largest battle in U.S. Military history involved 1.2 million American Soldiers, 26,000 of whom lost their lives in the trenches. The 313th along with their Chaplain unrelieved throughout the entire 47 days.

On Armistice Day, 11 November 1918, CH Yeuell wrote, “Since the 25th of September I have been continually through flame, smoke, mud, dead beasts and men – thru Hell. The infantry, of course, would be relieved at regular intervals, but this regiment of mine, actually I believe the finest on the front, never ceased. In those two months and a half I have lived ten years, and yet, I would not have missed my part for anything. My hair is long and uncut. I am wearing the same shirt I started with. I have a peach of a moustache. I am lousy, dirty and well…..I am proud of my country as never before, proud of her manhood and womanhood, sorrowing with those who sorrow, rejoicing with those who rejoice.”

CH Yeuell sorrowed and rejoiced. He served alongside the finest of Soldiers until the day that all went quiet on the Western Front.