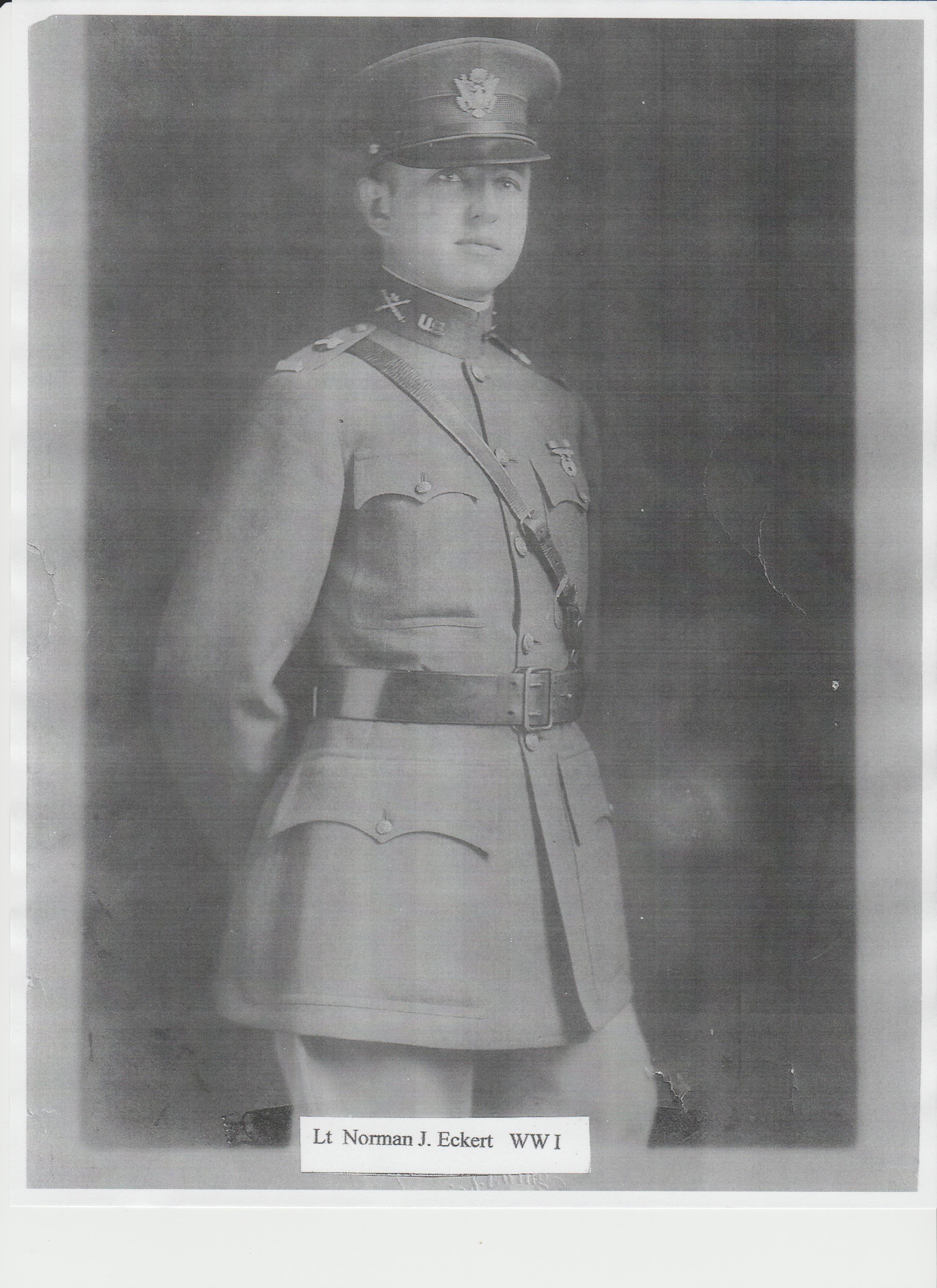 The Field Artillery Journal of 1944:
The 25th as part of the XIV Corps was then committed to operations to seize the remaining Japanese held islands in the Northern Solomons. From 3 July 1943 through 6 October 1943 the Tropic Lightning participated in the seizure of the islands of New Georgia, Vella LaVella, Sasavele and Kolombangara. Upon the conclusion of the Solomons campaign the 25th Division was sent to New Zealand for rest and training and then moved to New Caledonia on 8 February 1944 to prepare for the invasion of the Philippines.

COL. NORMAN J. ECKERT Bronze Star, for conducting the fire of his unit in a sound and intelligent manner on New Georgia from 5 Aug to 3 Oct 43. As Acting 25th Division Artillery Commander of an infantry division, and in spite of serious obstacles and rugged and difficult terrain, he conducted his operations efficiently and skillfully. In all operations he displayed superior qualities of leadership and technical skill. Address: 3042 Newark St. St., NW, Washington D.C, (Source Bronze Star Award The Field Artillery Journal DECEMBER, 1944—Vol. 34, No. 12 page 865)