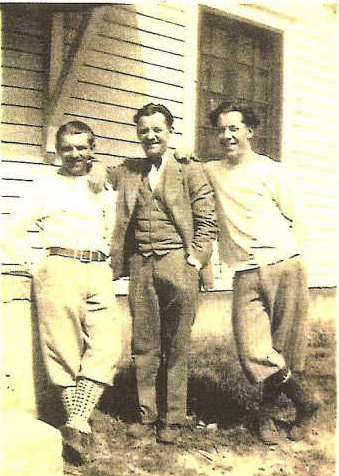 He took some photos during a training in Quebec, writing on the back,(June 15, 1918) "The colored man pointing their...onento at our Sergeant." 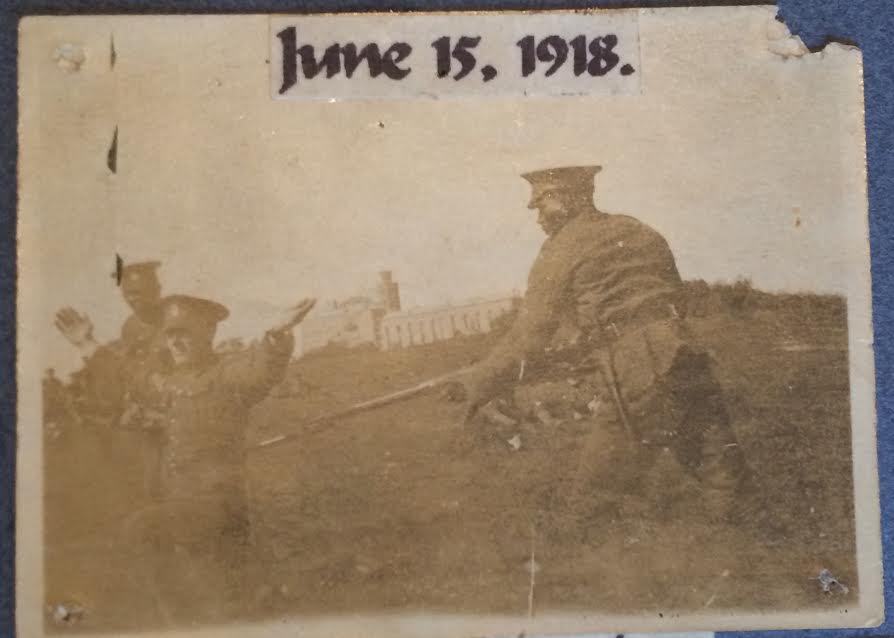 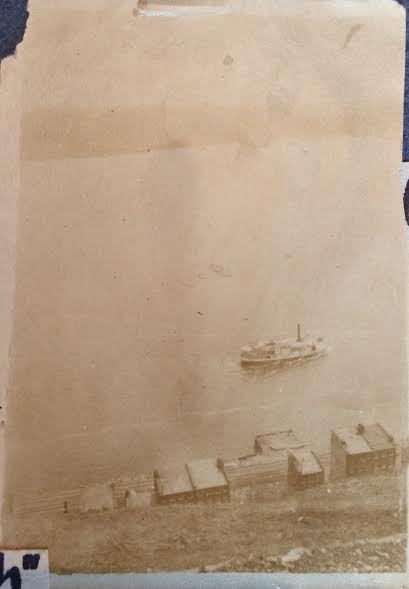