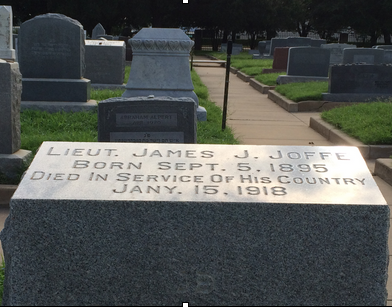 The local Fort Worth Jewish community tended to his funeral. The Hebrew burial society prepared his body. The Ladies Cemetery Society sewed a linen shroud. Rabbi Charles Blumenthal of Congregation Ahavath Sholom officiated at the burial at Hebrew Cemetery on University Drive. The cadet's granite gravestone has a Hebrew inscription, which includes the Yiddish nickname "Yochl." The stone bears an English inscription that reads: "Died in Service of His Country."

The Fort Worth Jewish Archives is searching for Cadet Joffe's relatives and for a photo. He was survived by two sisters (Isabella and Sara) and three brothers, Benedict, Louis and Joseph. Joseph, a lawyer, died in 1937. His wife was Anna Corenthal. They lived near Woodmere, Long Island, with their daughter, Sylvia. 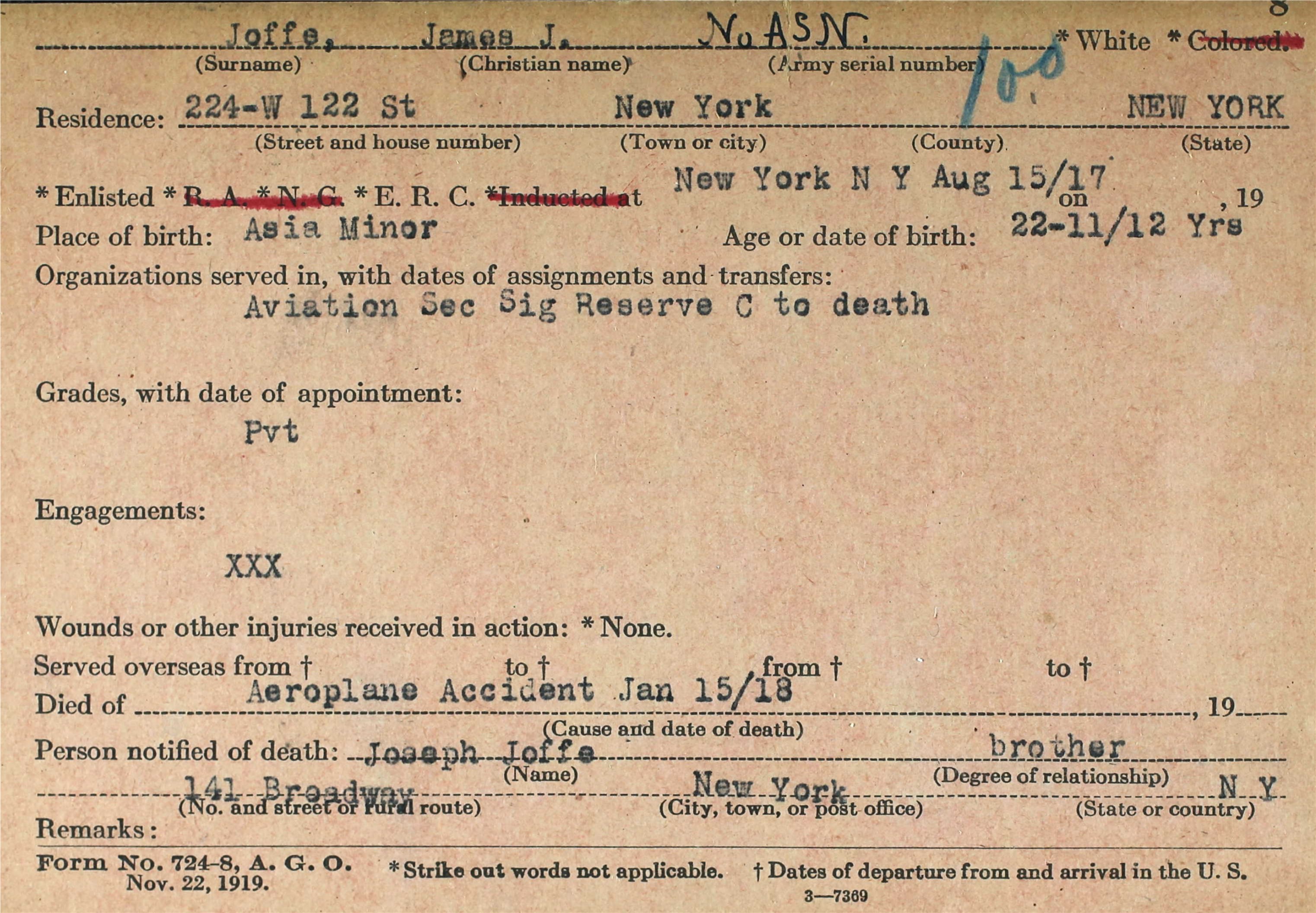 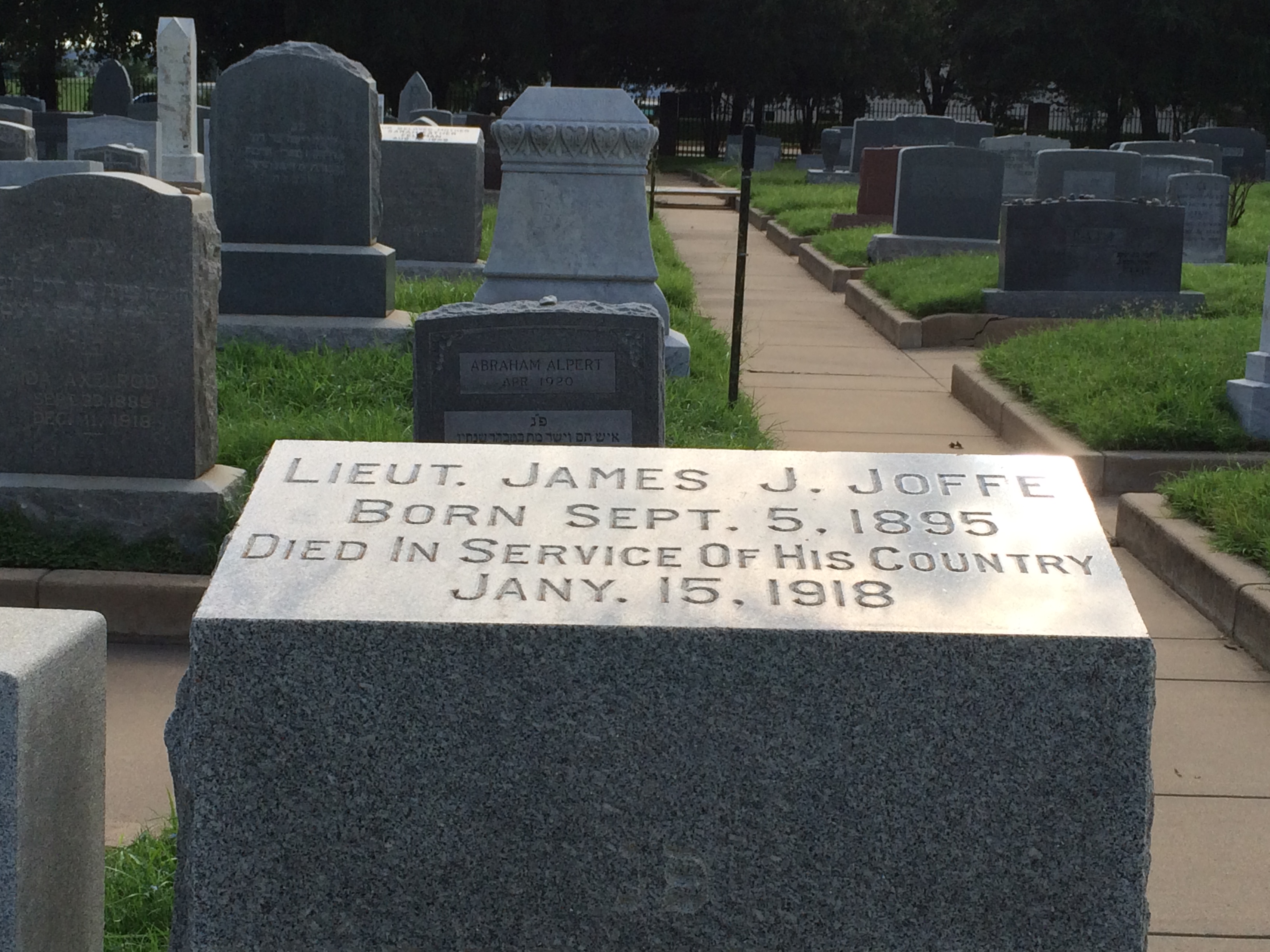