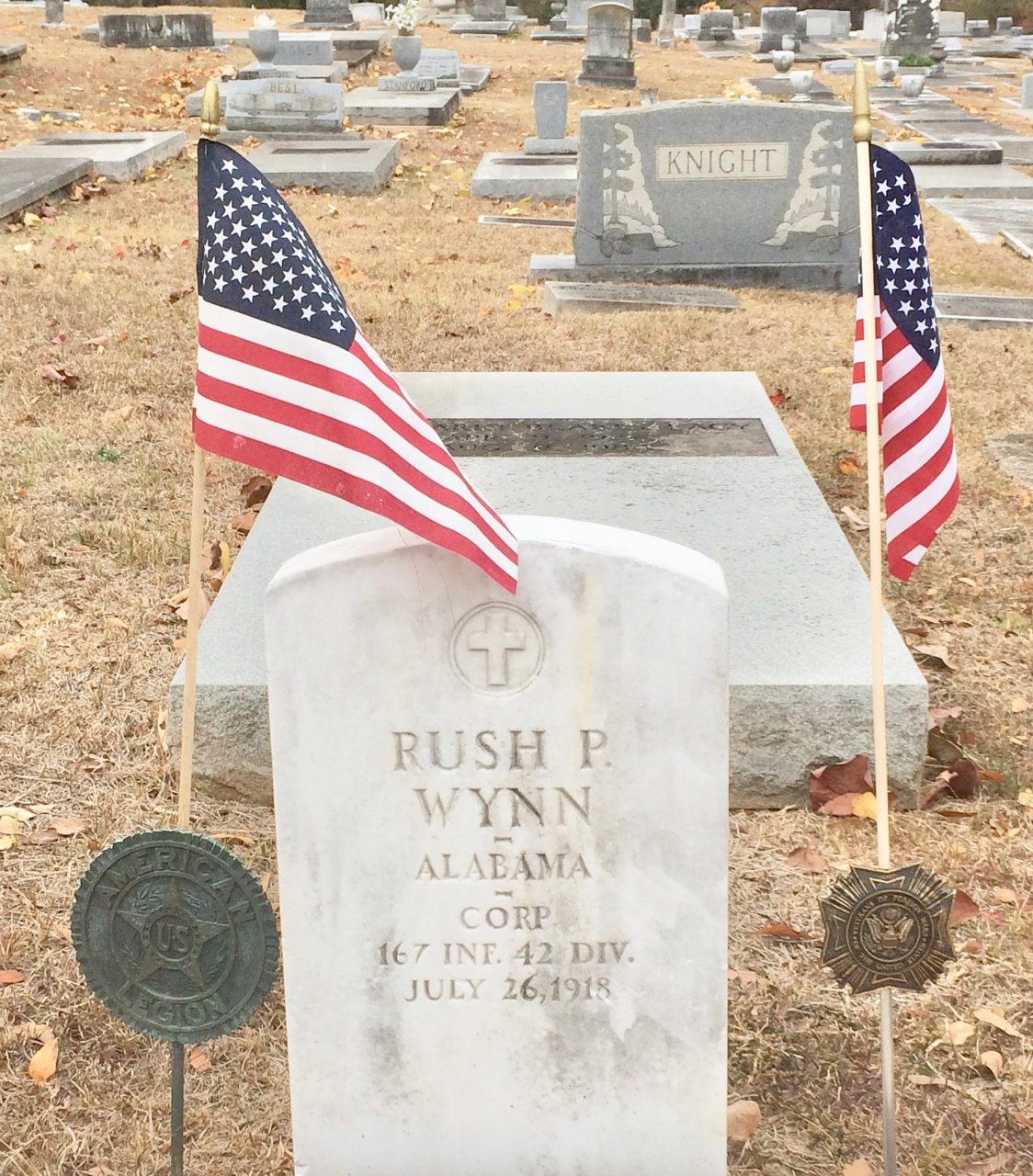 Corporal Rush P. Wynn, of Montgomery, Alabama, assigned to a Machine Gun Company of the Alabama's 167th Infantry Regiment, which became part of the 42nd “Rainbow” Division and then the American Expeditionary Forces (AEF) in France.

Supreme Allied Commander General Ferdinand Foch immediately put the Allied Army on the offensive. Four days after winning in the Champagne, he ordered a Franco-American drive northeast from the town of Château-Thierry. The 167th (Alabama), with its sister regiment in the 84th Brigade, the 168th (Iowa) on its right flank, led the “Rainbow” Division push into a great battle at Croix Rouge Farm on July 26th, 1918. There the Alabama regiment lost 162 killed, including 3 Lieutenants and 2 Captains, company commanders. More than 1,000 from the 167th (Alabama) were wounded. But their victory forced the Germans to retreat to positions on the east of the Ourcq River, about six miles from the Croix Rouge Farm.

Veterans of Foreign Wars Smith-Wynn Post 96, in Montgomery, Alabama, is one of two soldiers from Montgomery that are the namesake of the post.