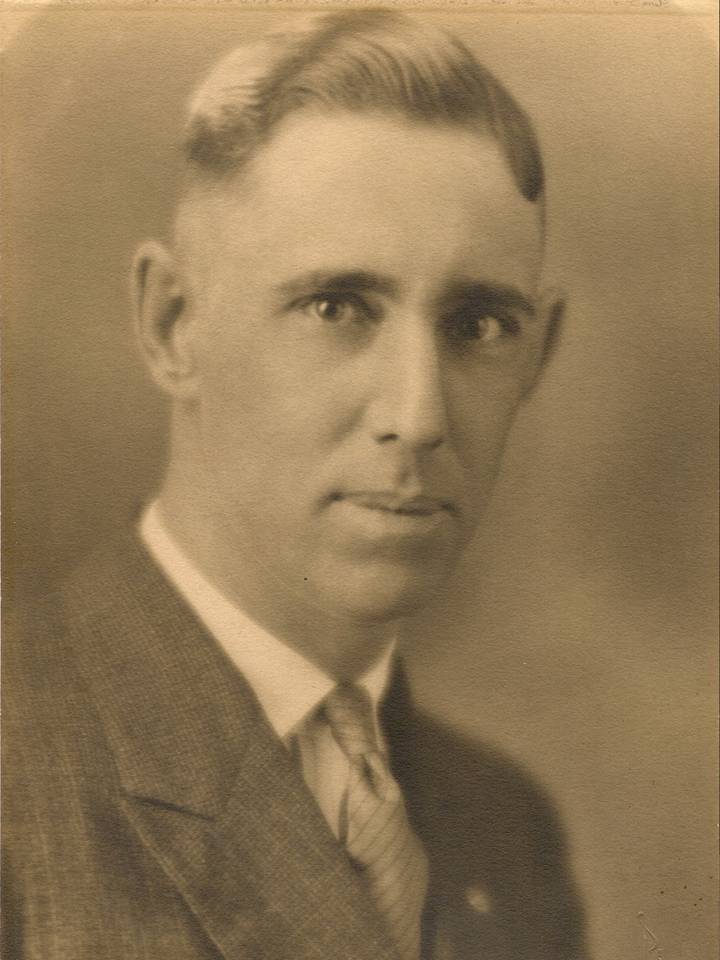 “The first contingent [of soldiers], which arrived 5 September 1917, was so eager to begin that they drilled in their civilian clothes.” (“Story of the Powder River”)

In turn, the 361st was assigned to the 181st Brigade of the 91st Division. This division, although including soldiers from the Midwest, was largely made up of men from the states of the Northwest, “a fact which explains many of the distinctively western traditions and emblems which are part of the heritage of the 91st Division.” (“Story of the Powder River”) The division’s motto was, “Always Ready”, and all the members wore a shoulder patch that had a green pine tree emblematic of the foliage found in each of the western states.

In late June 1918, the division embarked on trains and headed eastward to Camp Merritt, New Jersey. “On their trip across the continent, the soldiers from the Far West had an excellent opportunity to acquaint themselves with the patriotic unity which ultimately was to bring about the defeat of Germany. After witnessing demonstrations from coast to coast, the men of the 91st felt that they were backed by an undivided nation. The motherly gray-haired old Woman standing in front of her little cottage on the broad prairie of Montana, alternately waving a flag and brushing away the tears she could not restrain, contributed as much to this feeling as did the impromptu receptions tendered the men in the great cities through which they passed.” (“The Story of the 91st Division”)

The following narrative of the division’s actions comes from, “The Story of the Powder River Let'er Buck, 91st Infantry Division”:

“Examined and re-outfitted at the staging area, Camp Merritt, New Jersey, the first elements sailed for France 6 July 1918…By 1 August the Infantry Brigades had been gathered at Montigny le Roi, and the Artillery Brigade at Camp de Souge and Clermont-Ferrand. At these places the men underwent a month of incessant drilling and long hours of marching, until they were declared ready for actual combat. On…7 September, it was assigned to reserve of the First American Army during the St. Mihiel offensive, with headquarters at Sorcy.

“When the success of the St. Mihiel offensive was assured, the 91st entered the Meuse-Argonne sector prepared to attack. Nearly every other Division employed in the Meuse-Argonne had previous combat experience. The 91st had had no such experience, yet it gave notable account of itself. On 25 September General John J. Pershing, Commander-in-Chief of Allied Armies, personally visited Major General Johnston to express his confidence in the 91st before they marched into battle. The next day the Division showed that General Pershing’s confidence had not been misplaced by breaking through two German lines and penetrating a third, advancing 8 kilometers. The enemy was driven from the strong points of Very, Epinonville, Gesnes, Eclisfontaine, and Tronsol Farm. General J. Cameron, Commanding General, Fifth Corps, paid high tribute to the Division in an order to General Johnston:

“’At a time when the divisions on its flanks were faltering and even falling back, the 91st pushed ahead and steadfastly clung to every yard gained. In its initial performance, your Division has established itself firmly in the list of the Commander-in-Chief’s reliable units. Please extend to your officers and men my appreciation of their splendid behavior and my hearty congratulations on the brilliant record they have made.’

“Despite the fact that this offensive was the Division’s first entrance into combat, it captured more artillery, machine guns, and prisoners, and advanced a greater distance under fire than many Divisions with much longer combat experience. On 4 October, the Division was relieved by the 32nd Division and assembled near Contrisson.

“One of the great honors given the Division came on 16 October {1918}, when, along with the 37th Division, it was named as part of the armies in Flanders, which, under King Albert, were about to launch the final crushing drive t the enemy in Belgium. The 91st attacked in the early morning mists of 31 October. From that time on until the very moment of surrender, 11 AM on 11 November, the Division drove the enemy back in panic. Although the enemy had been ordered to hold the heights between the Lys and the Excaut Rivers to the death, the 91st smashed them the first day, and by the evening of 1 November they were on the outskirts of Audenande. The next day the town was secured, and the Division pushed on to capture Welden, Petegem, and Kasteelwijk in rapid succession.”

It was during the fierce fighting in the Argonne Forest during late October-early November that Harry probably suffered a gas attack by the Germans. “Although outlawed by international treaty (the Hague Declaration Concerning Asphyxiating Gases), both sides made regular use of debilitating gases including xylyl bromide, ammonia, chlorine, phosegene and mustard gas throughout WWI. By the end of the war, ‘over 124,000 metric tons of 39 different toxic agents…inflicted nearly one million causalities on all sides’ and accounted for 26.8% of all American causalities.” (Riggle Memoriam)

Originally left on the battlefield for dead, Harry was pulled to safety by a fellow soldier, Irv Lewis from Walnut, Illinois, who carried him back for treatment saying, “he’d be damned if Harry would die!” (Kathy French e-mail, 29 April 2011) Irv would end up being a lifetime friend of Harry’s.

Continuing from “The Story of the Powder River Let'er Buck, 91st Infantry Division”: “On the morning of 10 November, with the 182nd Infantry Brigade in the lead, the Division crossed the Scheldt River near Eyne. They drove forward through town after town, and had advanced beyond Moldergem when the order came to cease firing. In recognition of the superb courage and fighting ability, the 91st Division had shown Major General De Goutte, who had resumed command of the Sixth French Army, issued an order which read, in part: “I have found the same spirit of duty and discipline freely given in the 37th and 91st Divisions, United States Army, which brings about valiant soldiers and victorious armies. Glory to such troops and to such commanders. They have bravely contributed to the liberation of a part of Belgian territory ad to final victory. The great nation to which they belong can be proud of them.”

“After the Armistice…The infantry of the Division, after parading triumphantly with the men of the 37th before the cheering crowds of Brussels, patrolled the Franco-Belgian border west of Poperinghe from Beveren to Warande, for a short time. On 2 January the first contingent of men sailed for home, and the echelons sailed thereafter as transportation became available…final demobilization of the Division was completed at camps in California, Washington, and Wyoming by 14 May 1919.” Harry was discharged at Fort Dodge, Iowa.

The division had spent only 45 days in combat but suffered tremendous losses. In Harry’s company alone, 34 men were killed and numerous more wounded, including Harry. According to his daughter, he “spent some time in hospitals on his return... [and] was awarded the Purple Heart.” 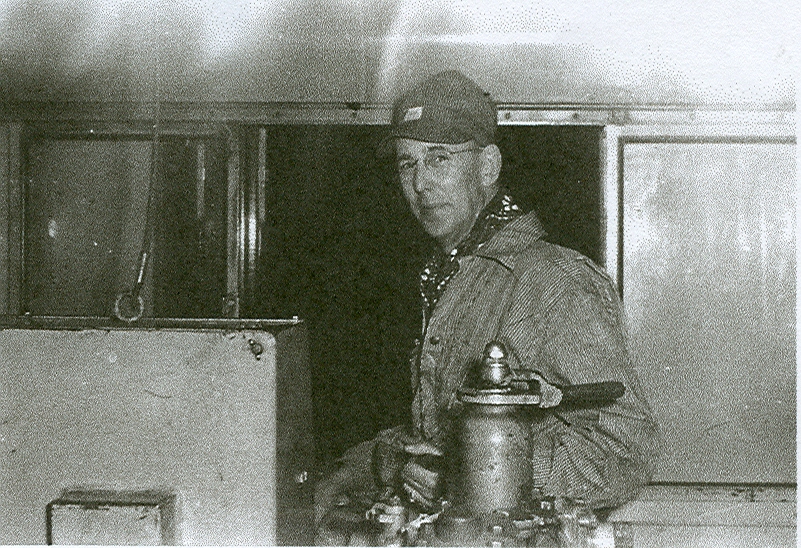 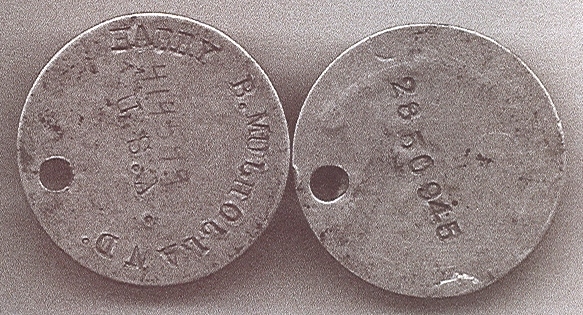