After six weeks of advanced training, the 89th was determined ready for combat and was part of the successful effort to reduce the St. Mihiel Salient in September of 1918. Going over the top in the pre-dawn of September 12th, my Grandfather and the men of Company H progressed over No Man’s Land and headed in the direction of the Ansoncourt Farm a few hundred yards away. During their advance, the commander of Company H, Lt. Wickersham, was mortally wounded. He refused medical treatment and insisted that care be given to his wounded aide instead. Lt. Wickersham died of his injuries soon afterward. For his act of selfless heroism he was awarded the Congressional Medal of Honor. He is buried in the St. Mihiel American Cemetery.

After nearly a month in the St. Mihiel area, the 89th was moved to the Meuse-Argonne and were in combat operations by Oct. 10, 1918. Heavy combat was experienced by all units in this densely forested and well defensed region for the next several weeks. My Grandfather was a medic with Company H and after stepping out of the Bantheville Woods on Nov. 1, the start of the final offensive push that would end the war, he spent the next several days working in a first aid station in the small village of Tailly. On November 11, Company H crossed the Meuse River and entered Stenay. The war was over. Following the armistice and just after Thanksgiving, the 89th Division marched through Belgium, Luxembourg and into Germany where they served in the Army of Occupation until late-May of 1919.

My Grandfather was honorably discharged from the army in June of 1919 and returned to Cherokee County, Kansas. He continued to teach, owned a small dairy for a few years, had a son (my father) and eventually worked as an Education Field Agent and School Superintendent for the Bureau of Indian Affairs. His career included working with the Sioux and Assiniboine tribes on the Ft. Peck Indian Reservation in eastern Montana, with the Pawnee tribe in Oklahoma and was the headmaster of Carter Seminary, an Indian boarding school in Ardmore, Oklahoma. It must be noted that he was adopted into the Sioux tribe in Montana and the Pawnee tribe in Oklahoma. This speaks volumes as to the kind of person he was. He died at the age of 92. He was the greatest person I’ve ever known.

I know as much as I do about my Grandfather’s time in combat because he carried a small pocket diary and recorded the events of each day. It is his diary that allowed me to follow his path while in France when my wife and I visited the St. Mihiel & Meuse-Argonne battlegrounds in the Fall of 2015. We plan on returning for the Centennial in 2018. 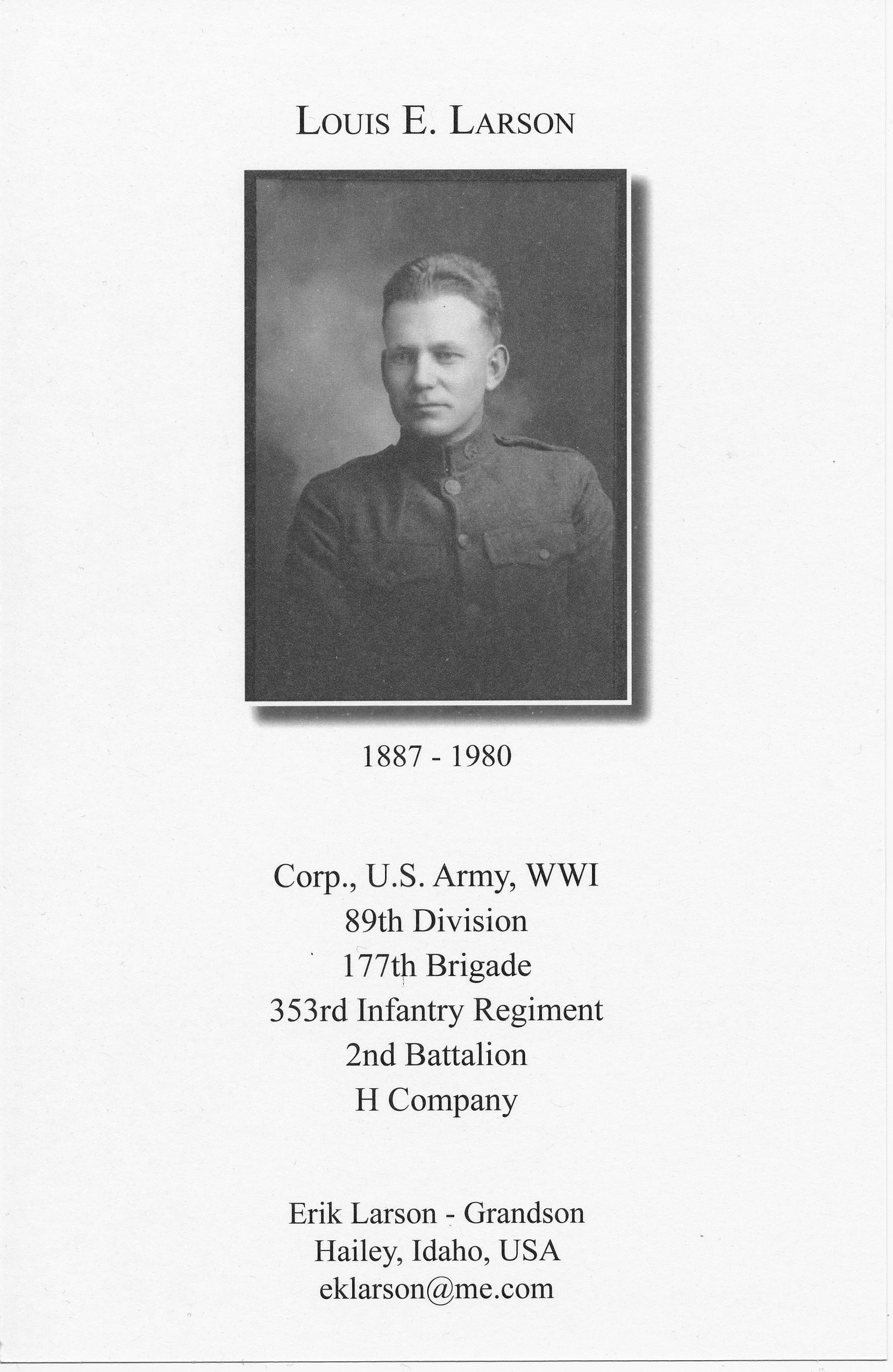 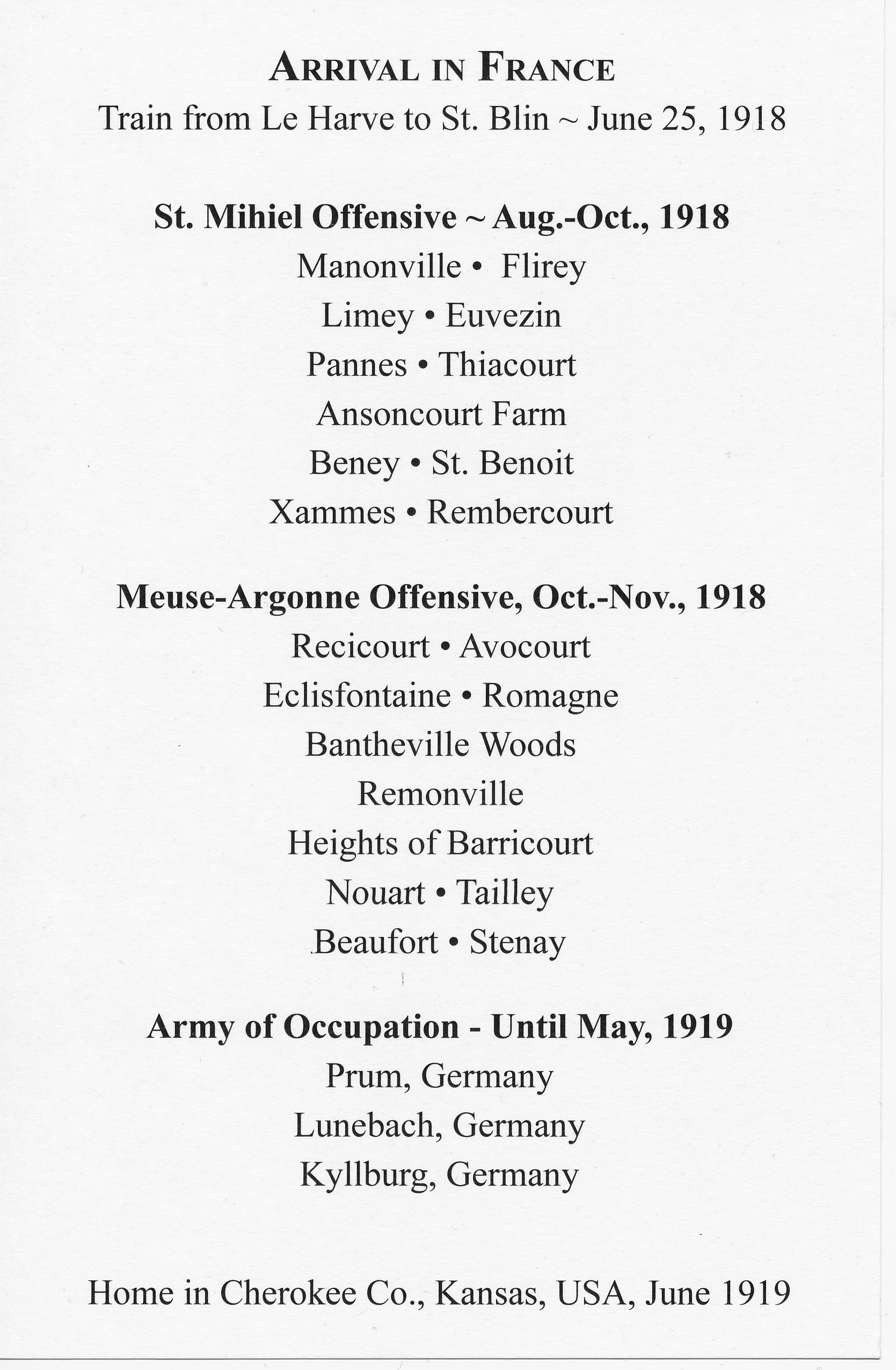