On August 15, 1918 L. P. Varman departed with his unit Battalion D 144 Field Artillery in the 40th Division onboard the ship Oxfordshire from New York, most likely to France. He was one of the Asian Indians listed as serving in the U.S Armed Forces in the October 1918 issue of the newspaper and journal Young India.

On December 23, 1918 L.P. Varman and his unit departed from Bordeaux, France on the ship Matsonia, arriving at Camp Merritt, New Jersey in 1919.

By 1930, L.P. Varman went to Chicago and worked in freight traffic. When America entered World War II, L.P. Varman was 48, and lived back in Los Angeles California at the National Military Home.

L.P. Varman died on February 5, 1959 at the age of 67, and is buried at Fort Rosecrans National Cemetery in San Diego, California. 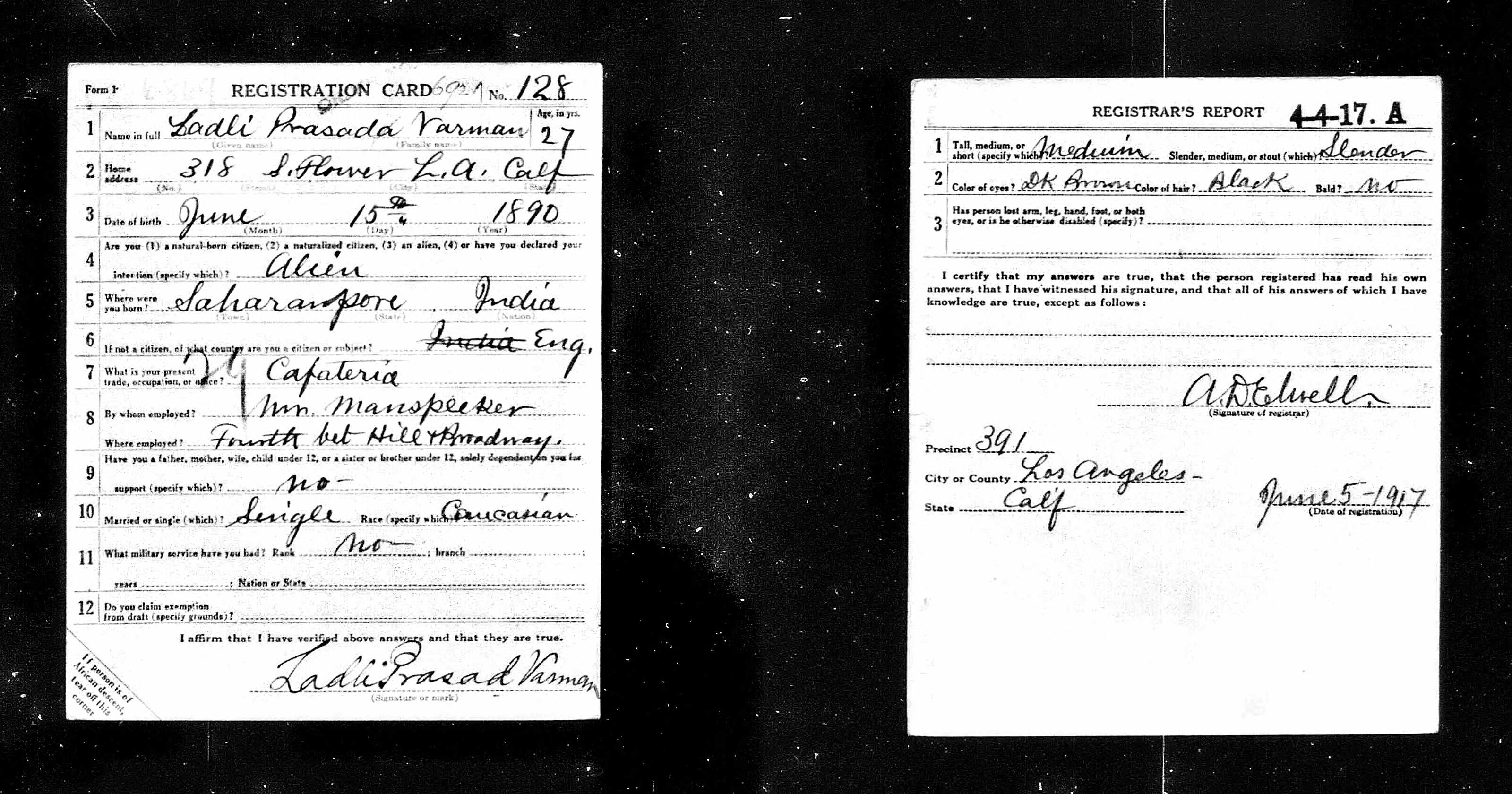 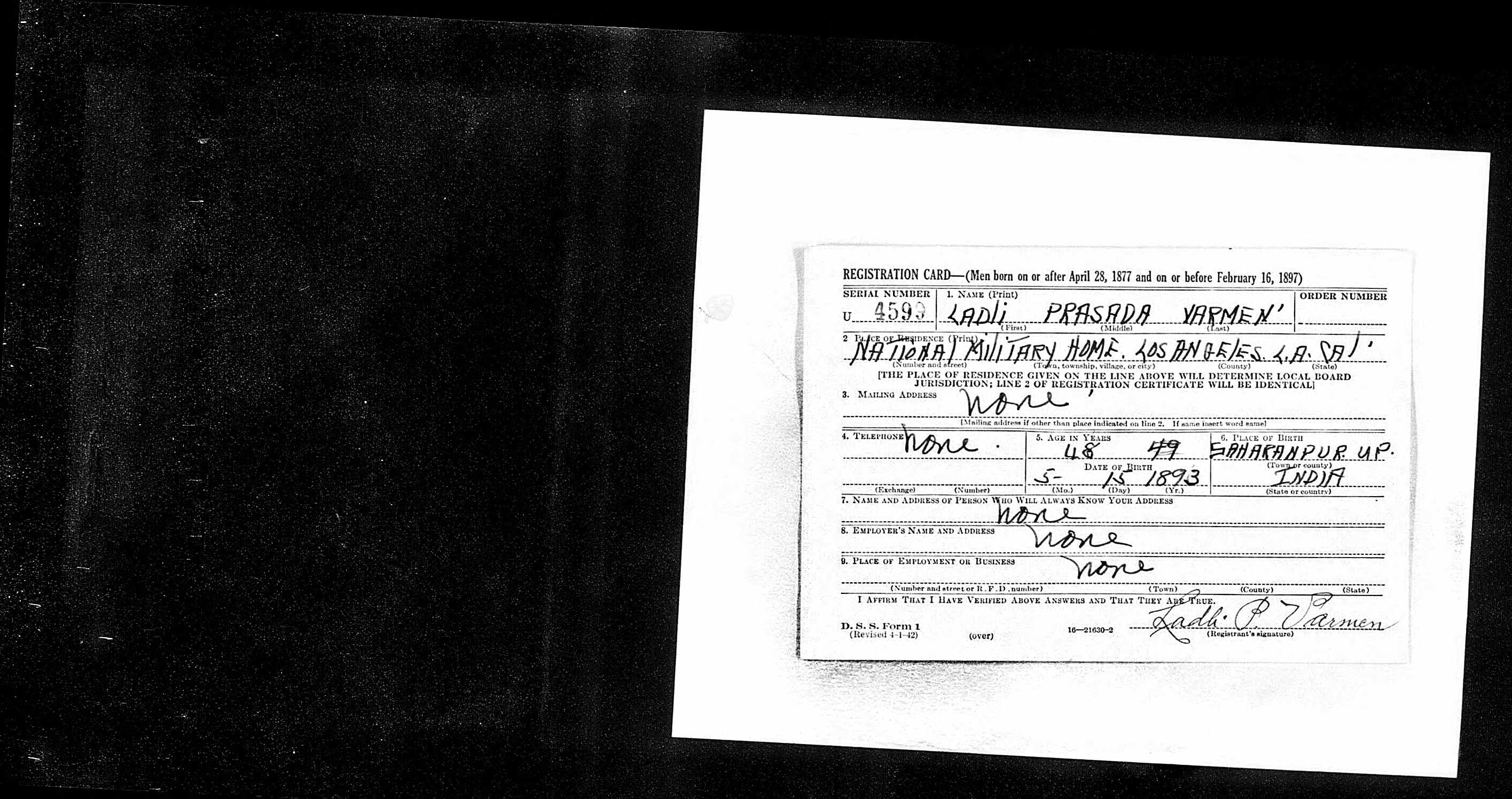 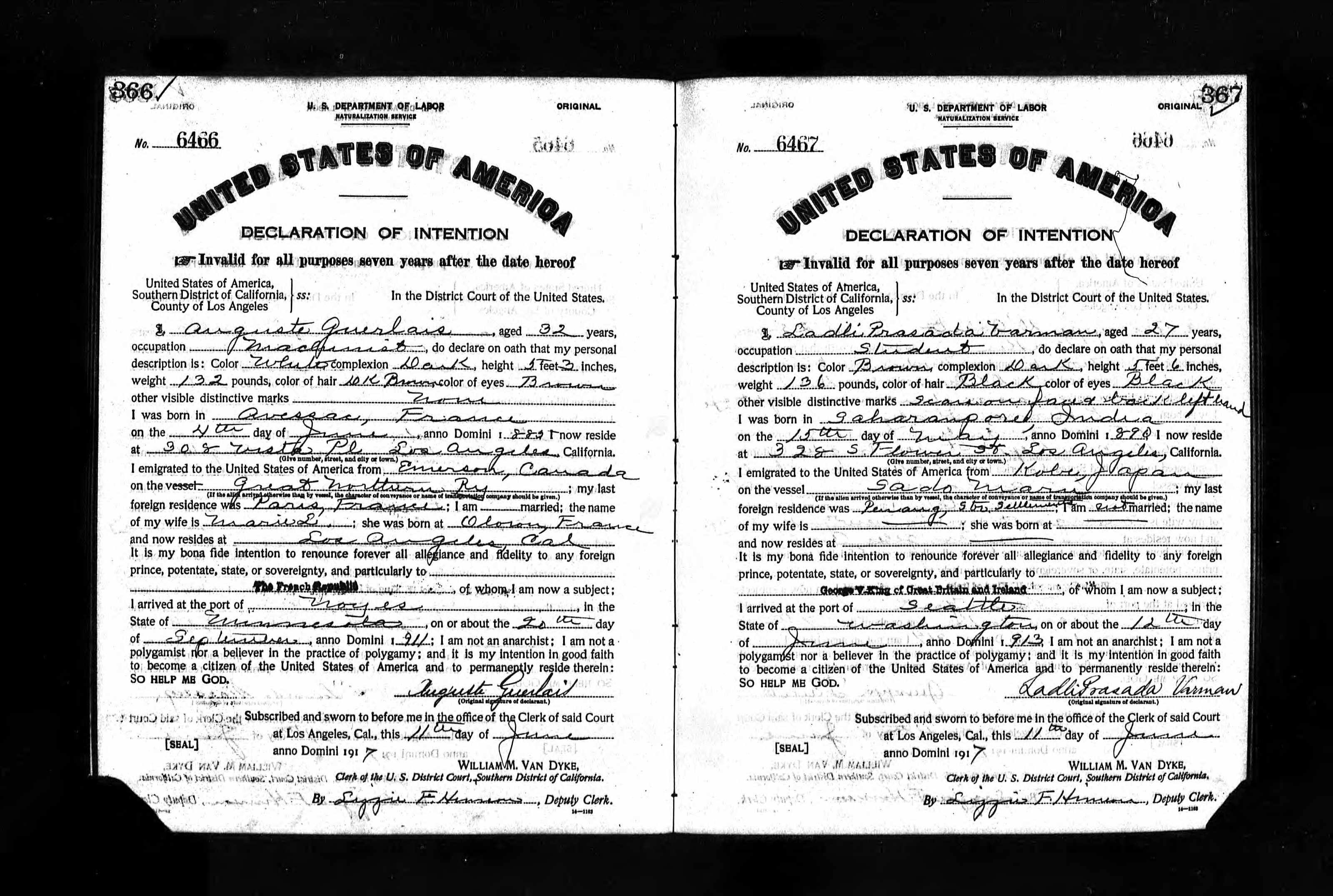