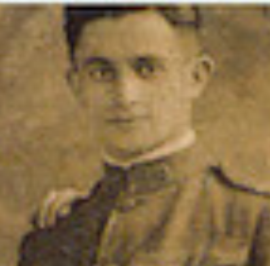 When Harry Shankman first arrived in France in May 1918 the Division trained with the British at Picardy from May 25th till August 23, 1918. Following this the Division occupied the Amiens Sector (Picardy) rotating trench duty. From August 8 - 13th it participated in the Somme Offensive Operation. During this time, the 3rd battalion of the 132nd Infantry Regiment, which included Harry's Company "L," fought at Albert.

During much of this time his company also rotated trench duty on the front lines. His 3rd battalion took part in the Meuse-Argonne Operations from October 6 - 13. On the nights of October 6th and 7th the 3rd battalion, including his Company "L," was attached to the 4th Division and took part in the attack on Bois De Fays. The battalion took a position in the shape of a horse shoe, with the enemy on both flanks in Bois de Maulamont. Harry's battalion was exposed to intense artillery and machine gun fire and gas.

The battalion continued its forward movement, and on the night of October 10 it advanced through Bois de Maulamont and renewed the attack on October 11, reaching the Bois de Foret which was their final objective. The advancing lines were subject to artillery fire and gas causing the unit to suffered many casualties. Hand-to-hand fighting occurred frequently and machine gun nests were numerous and strongly placed. Every foot of the advance was contested. The fighting was so fierce that the troops could not be provided with proper rations. Harry Shankman's Company "L" had every officer killed or wounded; it was commanded by the Company First Sergeant until the objective had been reached. Casualties were 38 killed, 315 wounded and gassed. Harry might have been gassed during this battle. The battalion also captured 400 Germans.

Henry FLAATA was in Company L, 2nd Platoon. Harry was in the 4th Platoon. Perhaps they knew each other, they certainly were in the same battles. The link below is an article including Henry’s WWI experiences. An excerpt:

Of the three major offensives Flaata fought in, one of the worse campaigns was Meuse-Argonne Offensive, which took place from Sept. 26 to Nov. 11, 1918.

“One of the most grim places was in the terrible Argonne Forest. I will never forget three o’clock in the morning on Sept. 26 when ere ordered to attack the enemy in the vicinity of Verdun and later in the Argonne. When the cannons begin firing together with the rattle of machine guns the clouds above turned red,” said Flaata whose company captured 63 prisoners, some machine guns and a 12-inch cannon.

“Naturally, the enemy set up their own S.O.S. signals, which was the best show of fireworks I have ever seen. A man’s life at that stage was not worth much, one never knew if you could take another step or not and many never did. That day we advanced six miles.

“After the battle was over, the Argonne Forest was a grim and horrible sight. So many bodies laid on the ground that we had to move them aside with our feet or step over them. Both allies and the enemy lay dead on the battlefield and with them many wounded. The wounded groaned and screamed. Some were out of their head and swearing and cursing,” Flaata continued. (https://www.ndna.com/ndna-sponsored-web-site/stories/8336/)

After the battle of Bois de Fays the 3rd battalion took positions on the Muese in the front of Donneveaux holding the line until October 21st. On October 24th they were ordered to the Troyon Sector about 30 miles southwest of Metz where they stayed until the armistice was signed. Patrols penetrated the towns of St. Hilaire, Bois de Warrville, Bois L’Epinens and the southern edges of Buttenville where they encountered contact with the enemy nightly. At 0545 on November 11th they attacked the enemy in Buttneville and drove them to the north edge of town. Later, they received word of the armistice (Signed at the 11th hour, of the 11the day, of the 11th month of the year). During this last day of the war Company "L"suffered 1 killed and 6 wounded.
The regiment was then tasked with caring for released German POW’s. They stayed in the Troyon Sector until December 7th when they marched to Saarburg, Germany, arriving December 15th. They left December 17th for Luxembourg, arriving on the 20th, where they stayed until May 1919. During his duty in Luxembourg Harry, shown on his cycle in the photo, was a motorcycle courier.

In early May, after being "decootied" and issued new uniforms, they returned to America, sailing from Brest, France on the same ship, the Mount Vernon, that brought them to France almost a year earlier. The ship arrived in New York Harbor on May 17, 1919. At Staten Island the ship was met by the Illinois Governor and the famous "Prairie Division" was welcomed home. The troops disembarked at Hoboken and went to Camp Mills, Long Island. From there they entrained for the return to Illinois. The request for one giant parade in Chicago by the entire Division was rejected by the War Department. Instead, the Division demobilized in June 1919 with a parade down Chicago's State Street for each of 3 increments of troops. The 132nd's parade was conducted on May 27, 1919. Harry and his fellow doughboys got off the train and marched to Grant Park for a reception and visiting with their relatives. At 11 a.m. the parade began. The troops wore their service uniforms and trench helmets marked with the 33rd insignia (the yellow cross) and carried rifles, bayonets and light packs. After the parade there were banquets held at "Loop" hotels. Then the men proceeded to Camp Grant, Rockford, Illinois for their honorable discharges. By the end of June the demobilization was complete. Harry returned home and married Rosabel Anita Golden in 1920.

Harry died in 1955 as a result of being gassed in battle. 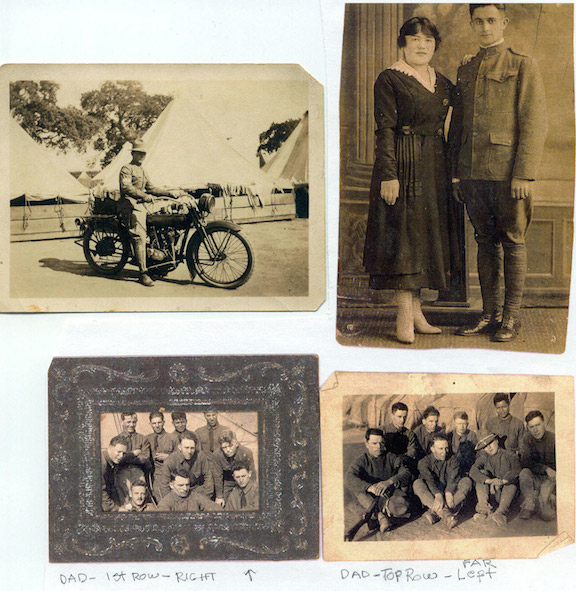 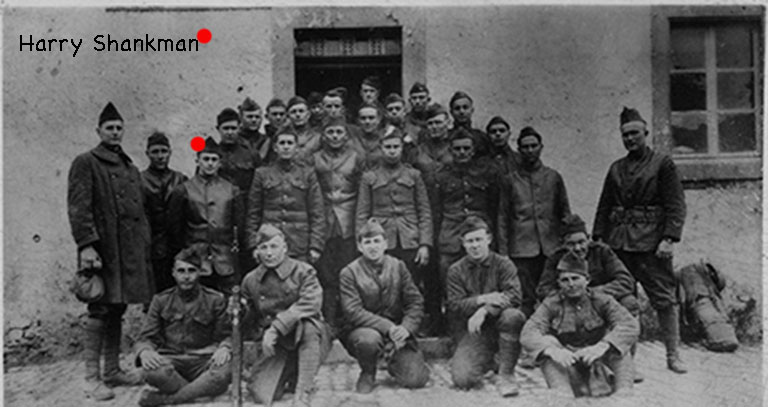