The April 24, 1918 U.S. Army Transport Service Passenger List, recorded him as leaving from Hoboken, New Jersey on the ship Leviathan with the 152nd Field Artillery Brigade. However, his name was crossed out on the list. Private Mukerji was discharged on May 1, 1918 and was not recommended for reenlistment.

After his military service, Mukerji went to Europe to continue his medical studies. He departed New York City and arrived to Liverpool, England on September 19, 1919 on the ship Celtic. The U.K. Incoming Passenger List from this date listed his occupation as an engineer.

At some point he returned to New York between 1919 and 1921. Mukerji left New York again and arrived to Glasgow, Scotland on June 24, 1922 on the ship Algeria.The U.K Incoming Passenger List from this date also listed his occupation as an engineer and address in Scotland as 36 Otago street Hillhead Glasgow . He returned to the U.S. , arriving in Boston, Massachusetts from Scotland on July 25, 1925 on ship California.

By World War II, Mukerji was living in Essex, New Jersey and not practicing medicine. His World War II draft card listed his race as white. 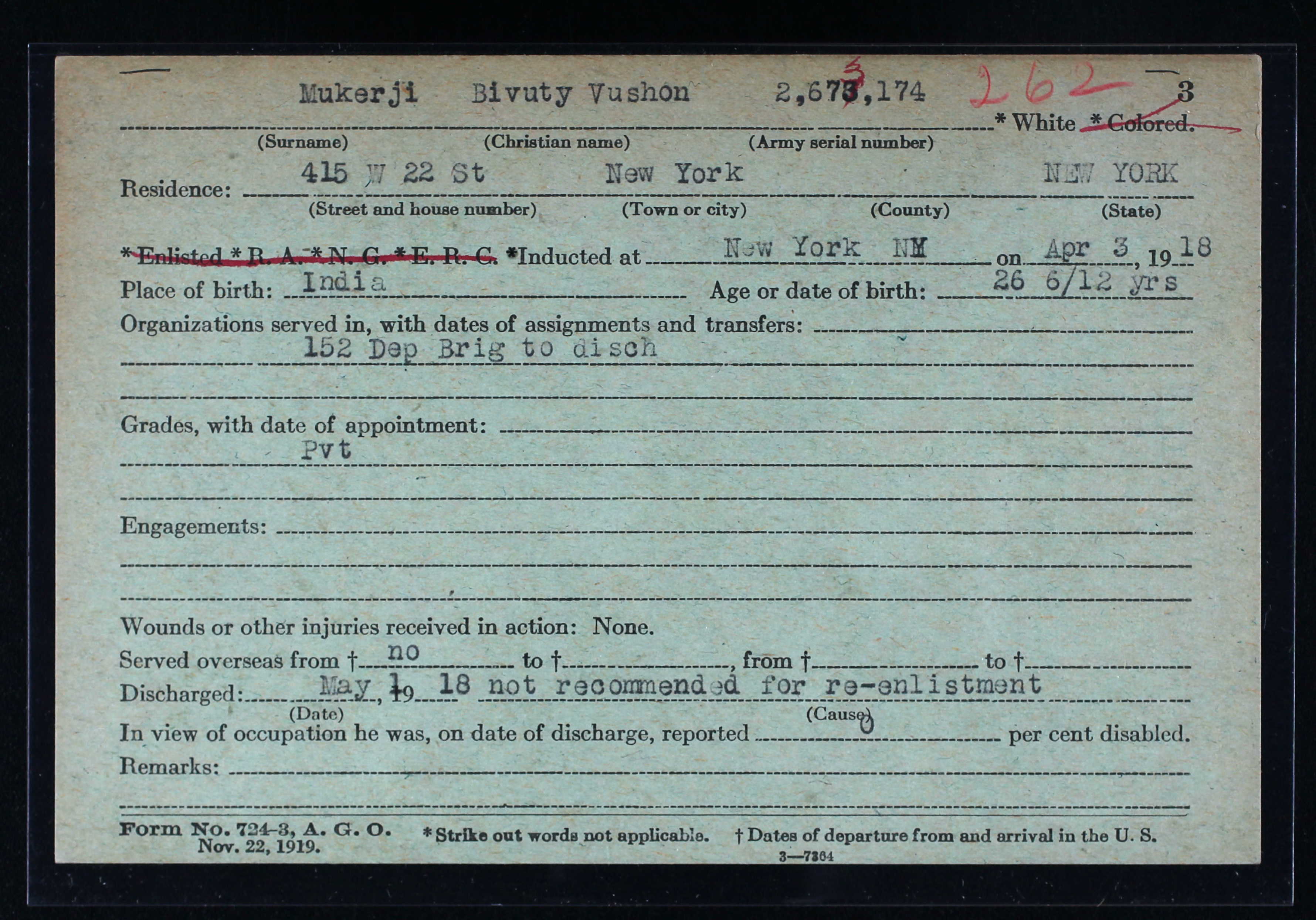