After the war, Dullo returned to Settle, married, had a daughter named Lucille and "Americanized" his name to James "Jim" Mohammed Dullo.

Dullo also served during World War II from 1942 to 1943. He enlisted in the U.S. Army on September, 26 1942 in Tacoma, Washington. At the time of the time of his enlistment, Dullo worked as a cook in Settle, went to grammar school, and was divorced.

Private James Mohammed "Jim" Dullo died on November 14, 1944 in Seattle at the age of 46. He is buried at Masonic Lawn Cemetery in Sacramento, California. 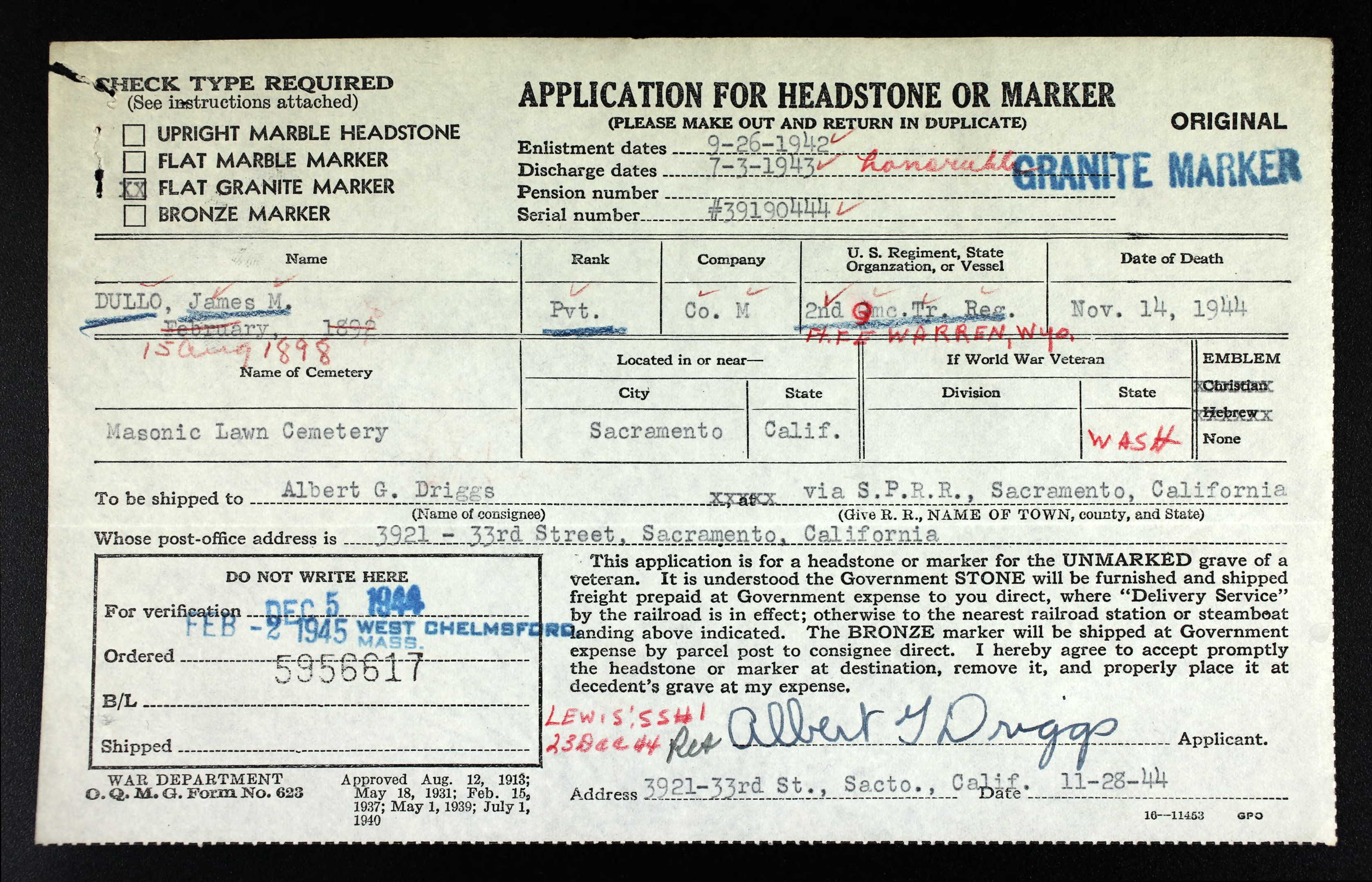