Matthias and both of his older brothers were inducted into the US Army in September 1917, Mathias on the 21st and brothers Charles and Frank on the 22nd. Charles served with the American Expeditionary Forces in France as a PFC in Battery “F” of the 348th Field Artillery Regiment from July 14, 1918, to March 30, 1919. After basic training Frank was assigned to Co D, 319th Machine Gun Battalion, 82nd Division, but was medically discharged on January 29, 1918, at Camp Gordon, Georgia, before his unit was shipped overseas. At age 17, the youngest Popish brother, Henry, was ineligible for the draft.

After he was mustered into service at South Fork, PA, Pvt Matthias Popish was sent to Camp Lee, Virginia, where he trained with the 80th Division. On October 17, 1917, he was assigned to Company H of the 325th Infantry Regiment, 82nd Division, at Camp Gordon, Georgia. Pvt Popish continued training until April 25, 1918, when the entire 325th Regiment was moved to Hoboken, New Jersey, and departed from the Harbor of New York City for the other side of the Atlantic on the SS Khyber. After a brief stay in Liverpool, England, the Regiment sailed again and arrived in the port of Le Havre, France.

After further training in France, Pvt Popish likely saw his first action as the 325th Regiment was committed to the Toul Sector from June 18 to August 10th. After a brief rest, the Regiment returned to the line to participate in the Marbache Sector, also near Toul, France, from August 17 to September 11th, and then in the St. Mihiel Offensive from September 12 to 16. From September 26 to October 9, 1918, the 325th Regiment waited to be committed to the Meuse-Argonne Offensive.

On October 10th, the Regiment attacked to seize the Cornay Ridge and then continued the attack across the Aire River. Military battle records state that "On October 14 the 82d Division advanced its line to the St. Georges - St. Juvin road. A determined hostile counterattack was broken up on October 15." During this action, Pvt Popish was wounded somewhere along the St. Georges - St. Juvin road.

On October 15, 1918, Pvt Matthias Popish died from his wound(s) and was subsequently buried in a military cemetery near the French village of Froidos. On March 28, 1921, the body of Matthias Popish was disinterred and transported to the U.S. departing Antwerp, Belgium, on the U.S.A.T. Wheaton on June 19 and arriving in Hoboken, New Jersey, on July 2nd.

On August 4, 1921, the body of Pvt Mathias Popish returned to his hometown of Portage, Pennsylvania, and is buried in St Mary Cemetery.

God bless all those veterans who fought and continue to fight to protect and preserve our freedom. God bless Matthias Popish and all those servicemen who gave their all and made the ultimate sacrifice for their country. May they rest in peace. 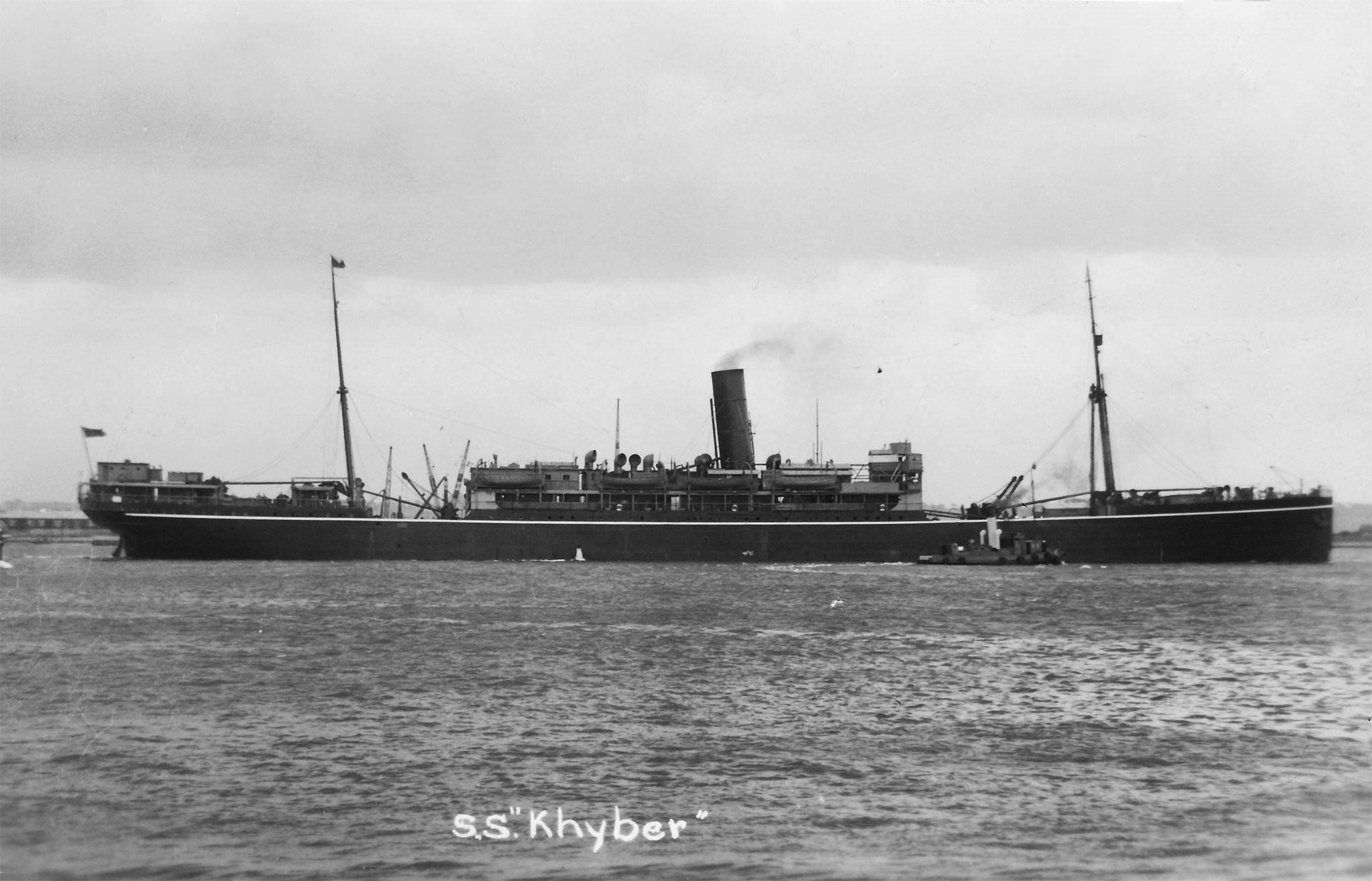 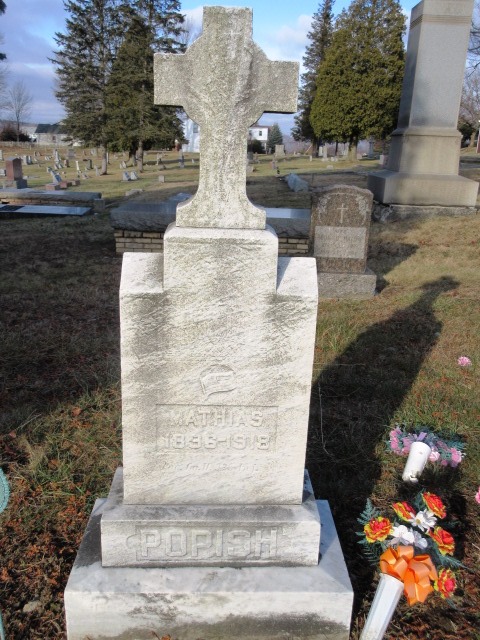