Since we have been able to find absolutely no official records of any of his service, we have assumed he served under an assumed name. He died after a fall at his brother's residence in New Castle, where he was living. The cause of death may have been related to his having been gassed, but he never filed any claims we know about, either with US or Canadian governments. 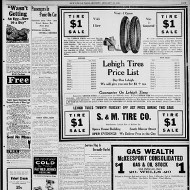