Nick's 1930 census recorded his race as Hindu (East Indian) and language as "Un". Most likely this was meant to say Urdu. The census also noted that Nick was a veteran of World War I. 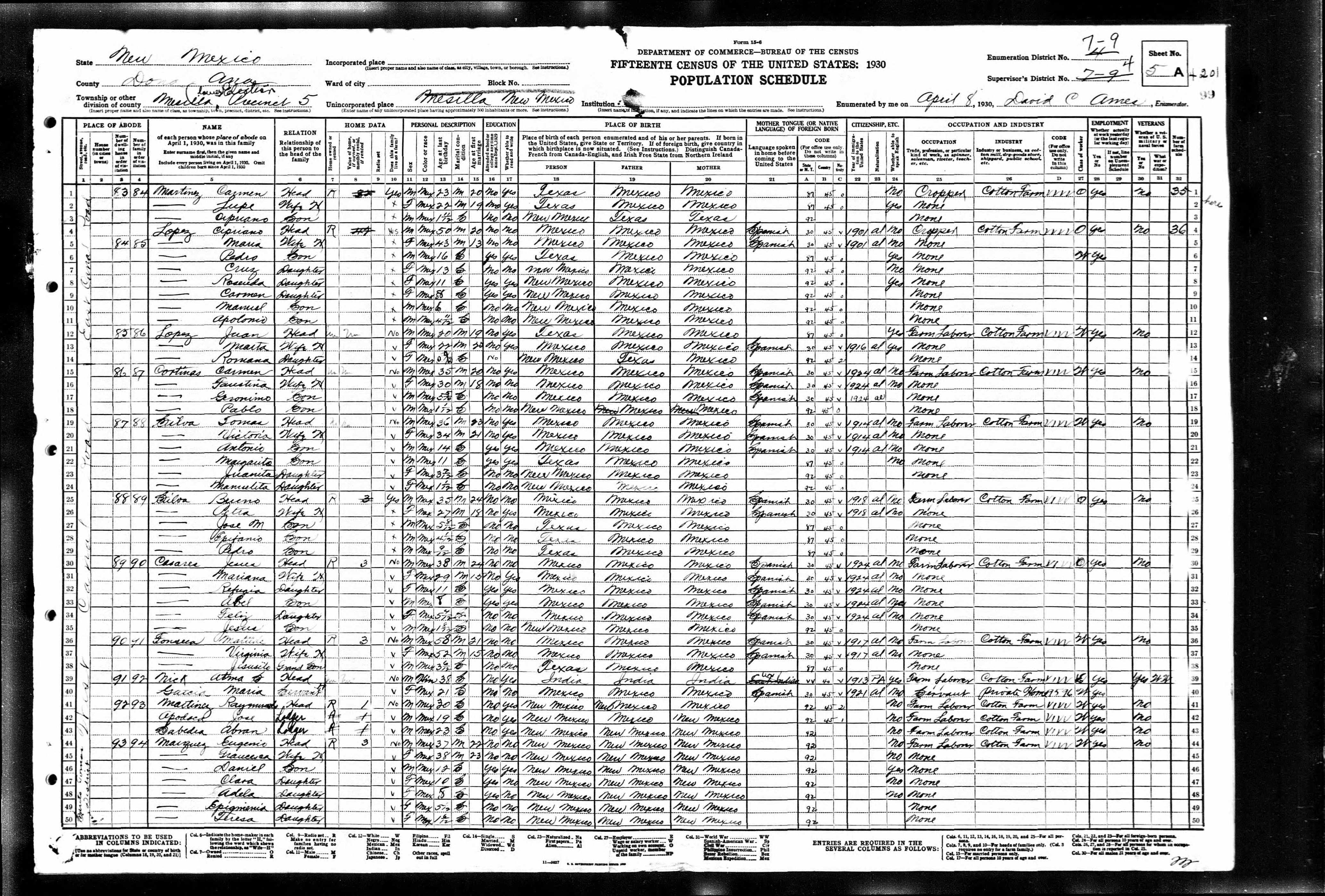