On September 16, 1918, Franklin Guzman was wounded in the left thigh and from September through December he was placed in various Field and Base Hospitals in France, and finally transferred back to the States on December 16, 1918. Franklin remained in recovery at the US Navy Hospital at Norfolk, Virginia until he was honorably discharged from service as a Sergeant on June 27, 1919. 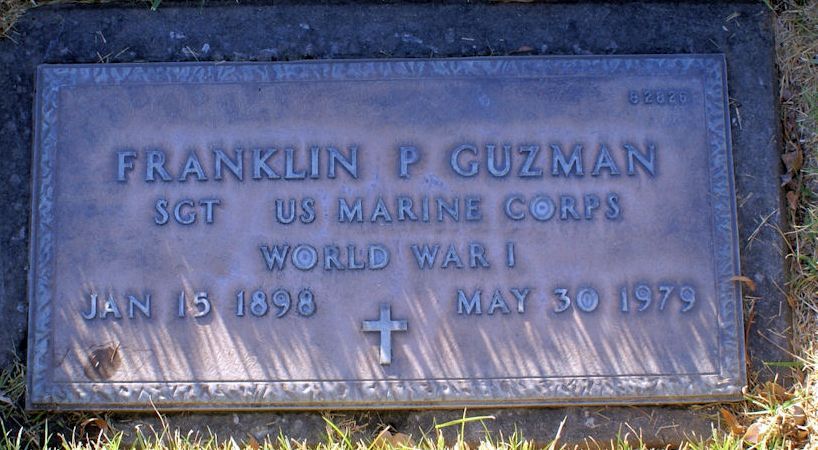