After the war, Henry went to California. He worked as a cook at the Alexander Hotel in San Pedro. On June 24, 1921, Henry filed a petition for U.S. naturalization in Los Angeles, California.

By 1930, Henry still lived and worked in California. His 1930 Merchant Seamen also recorded his race as white, place of birth as India, cook, and naturalized. During this period he worked on the ship Barbara C.

In September 1926, Henry moved to New York City and lived at 25 South Street. He worked as seamen in the city. On July 1, 1931, he filed a petition for U.S. naturalization again, but this time stated his real name in the document, Lahorey Singh. Singh also stated that he arrived to the U.S. through the port of San Francisco in August 1910 from Hong Kong under the name Lahorey Singh on the ship Korea. 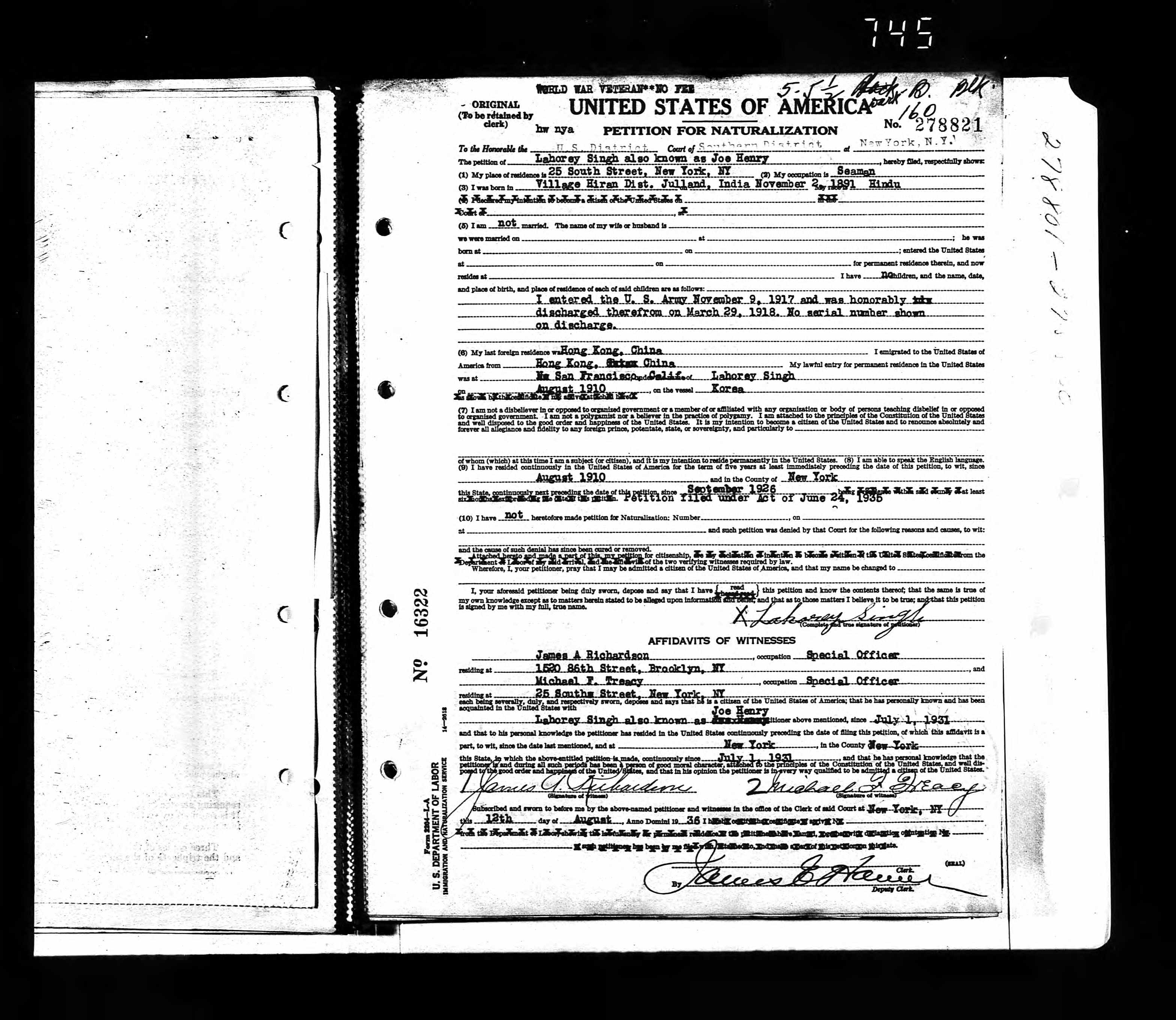