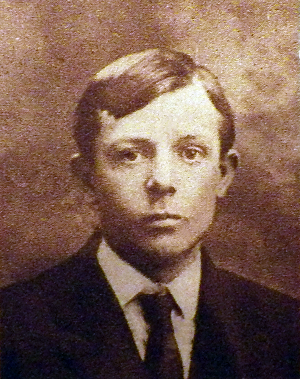 John Chester Foster born around 1885. John Foster served in World War 1 with the United States Army. The enlistment was in 1917 and the service was completed in 1918.

In December of 2010, I started going through a box of my father's, letters, newspaper articles and pictures. I started reading several regarding my grandfather who was killed in World War 1. I knew very little about this man except that he was buried at Arlington National cemetery. Our family rarely spoke of him; he had divorced my grandmother and abandoned his family. My father never mentioned him and speaking with cousins, my uncles never brought him up either.

One interesting newspaper article stated that his headstone at Arlington was incorrectly labeled. It was from the Illinois State Register dated March 8, 1936 and said “the tombstone on his grave had borne the inscription, John Chester Foster of Pittsburg, Kansas, killed in action, 27 April 1918”. It went on to say that the family had visited Arlington and had trouble finding the grave because it had Kansas instead of Illinois. Later it said that the family had requested the headstone be changed and the war department had authorized “that a properly inscribed tombstone would be installed without delay.”

At about the same time, I had started working on my family tree and thought a picture of the headstone would be a nice addition so I requested a photo. Imagine my surprise when I received the photo and it still was inscribed Kansas. At that point I decided to accomplish something my family had tried to do seventy five years ago, have a properly inscribed headstone installed. I started sending letters to the Governor, our state senators, the American Legion, my Congressman Jesse Jackson, my grandfather’s hometown congressman and finally to the Springfield newspaper that had printed the 1936 article, the Illinois State Journal Register.

Two weeks later I was at work and a reporter for the Journal Register, Dave Bakke called and asked about the story and wanted more details. He promised he would get back to me. At around the same time an assistant to Congressman Jackson called and asked for more details and wanted me to send a follow up letter with particular information. Soon after, I received a phone call from Lt. Colonel Trybula of Arlington Cemetery telling me that the congressman has interceded and indeed a new headstone could be placed. All I had to do was submit a letter from our family requesting the change. Dave Bakke called and said he would like to do an article about the change.

On February 18, 2011 the front page of the Illinois State Journal register announced that “marker to be changed 93 years after soldiers’ death”. It had all the details of my efforts and a short story about my grandfather with some facts I was not even aware of. About a week later I received an email from Dave Bakke giving me contact information of a cousin Mary Ann, who I had never met. She had read the article, said that John C. was her grandfather and would like me to contact her. I went to Springfield two times to spend time with her and compare stories. She even attended another cousin’s 50th anniversary and met all the family. She has since passed away but I am rewarded that she experienced our family history and I was able to meet her.

I had visited the First division museum at Cantigny Park, Wheaton, Illinois years ago for a family reunion. Knowing that my grandfather was a member of the “Big Red One” I thought the museum may be interested in a copy of the news article and I sent them one. Two weeks later I received a letter from their research department stating that according to their records John C. Foster may have been eligible for the Silver Star. Once again I started sending letters. Congressman Jackson forwarded the letter to the National Archives who responded by letter “the citation was not judged to be of significant magnitude to merit the award of the Silver Star.” I was disappointed but at least I had accomplished the goal of changing the headstone.

In mid-November, I arrived home from work and my wife hands me an impressive envelope from the US Army Awards and Decorations branch, Fort Knox, KY. I opened the letter, dated November 7, 2011 and It read, “This is in response to your letter concerning your desire to obtain an award of the Silver Star on behalf of your grandfather Corporal John C. Foster, following his US Army service during World War I” A chill went up my spine as I continued “based on the documentation provided in support of you request and available to this office we have verified your grandfathers entitlement to the Silver Star.” It went on to say “that in further review we have verified Corporal Foster’s entitlement to the following awards, Purple Heart, World War one victory medal with Cambrai and Lys battle clasps and France service clasp.” It went on to give detailed information about each of the medals and concluded that the medals would arrive in six to eight weeks.
Arlington cemetery had advised me that if in fact he was presented with the awards they would amend the headstone. I immediately called them and sent the orders I had received. A representative then called me for details and also his birthdate which I had come up through research. A third headstone was placed with the medals inscribed. My wife and I visited the gravesite at Arlington in June of 2012.

February, 2012 came around and one day I received a large brown unimpressive package in the mail. Inside I found my grandfather’s medals. They were just tossed in the package and no letter. I don’t know what I expected; maybe not a parade of officers formally presenting the medals but this is the third highest medal a soldier can earn. Now over the past two years I had developed a relationship with the Eighteenth infantry association a unit my grandfather may have joined had he lived. The president Larry Vancuren had expressed interest in my accomplishments and I had sent him copies of my collection. I had expressed my disappointment to Larry and he replied ‘’that’s the Army” but added that he will see what he could do.

At the end of July, Larry called me and said First Division was having their annual reunion August 1st in Memphis, TN and they wanted the family to attend so the medals could be presented with a formal presentation. I accepted and with my sister we traveled to Memphis. Everyone was welcoming and interested in the story. I had a display case for the medals, letters from the front and was humbled that these veterans would stop me to see the documents and of course the medals. Saturday night at the reunion banquet, the commanding General of the First Division, Fort Riley, Kansas formally presented the medals to the family. 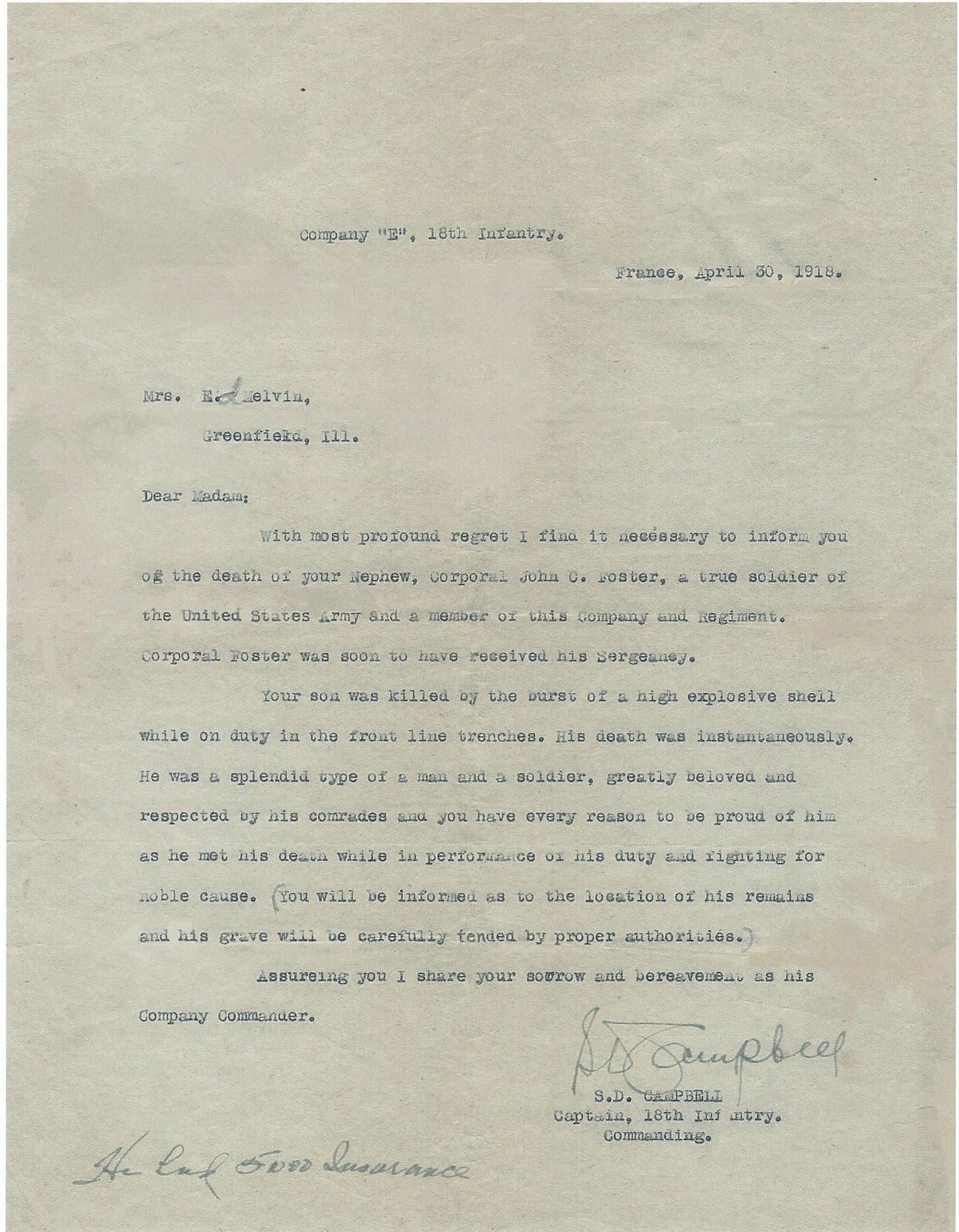 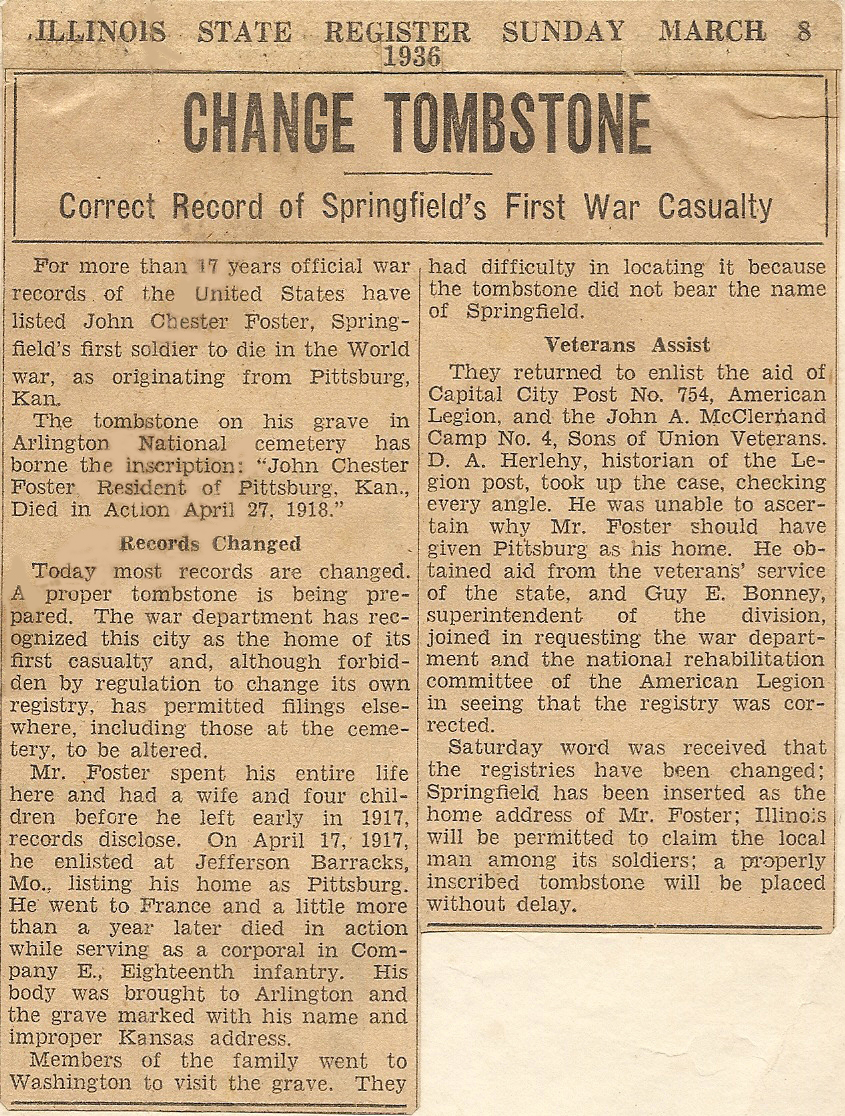 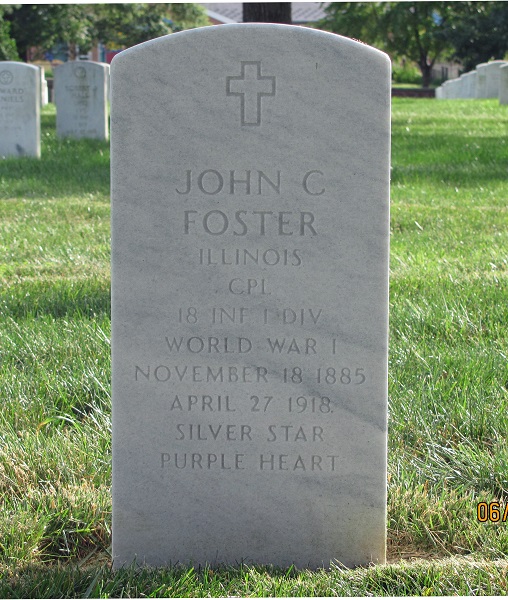 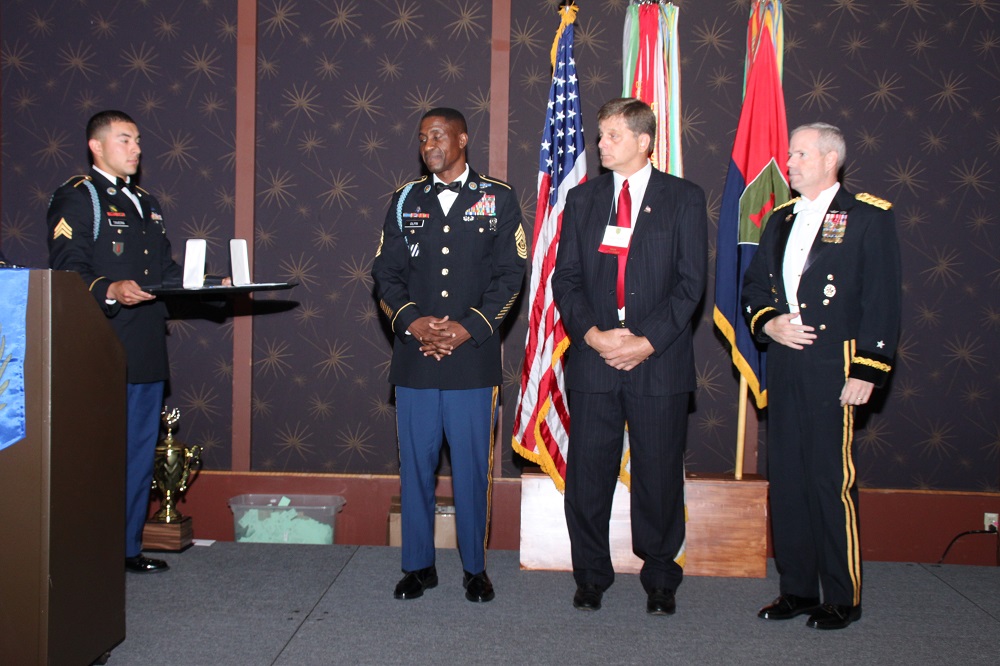 Above and below: Mark Foster (in civilian clothes), grandson of John Chester Foster, participates in the formal presentation to his family of his grandfather's medals at the First Division annual reunion in 2012. 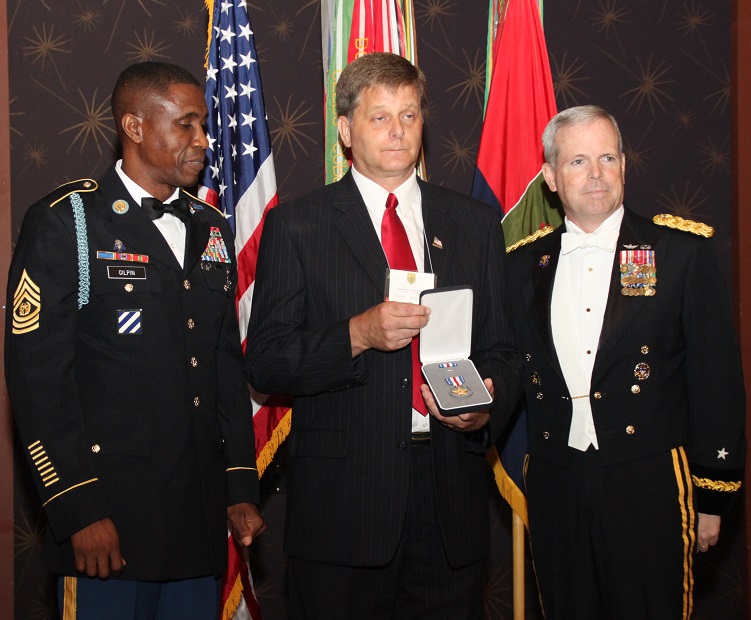 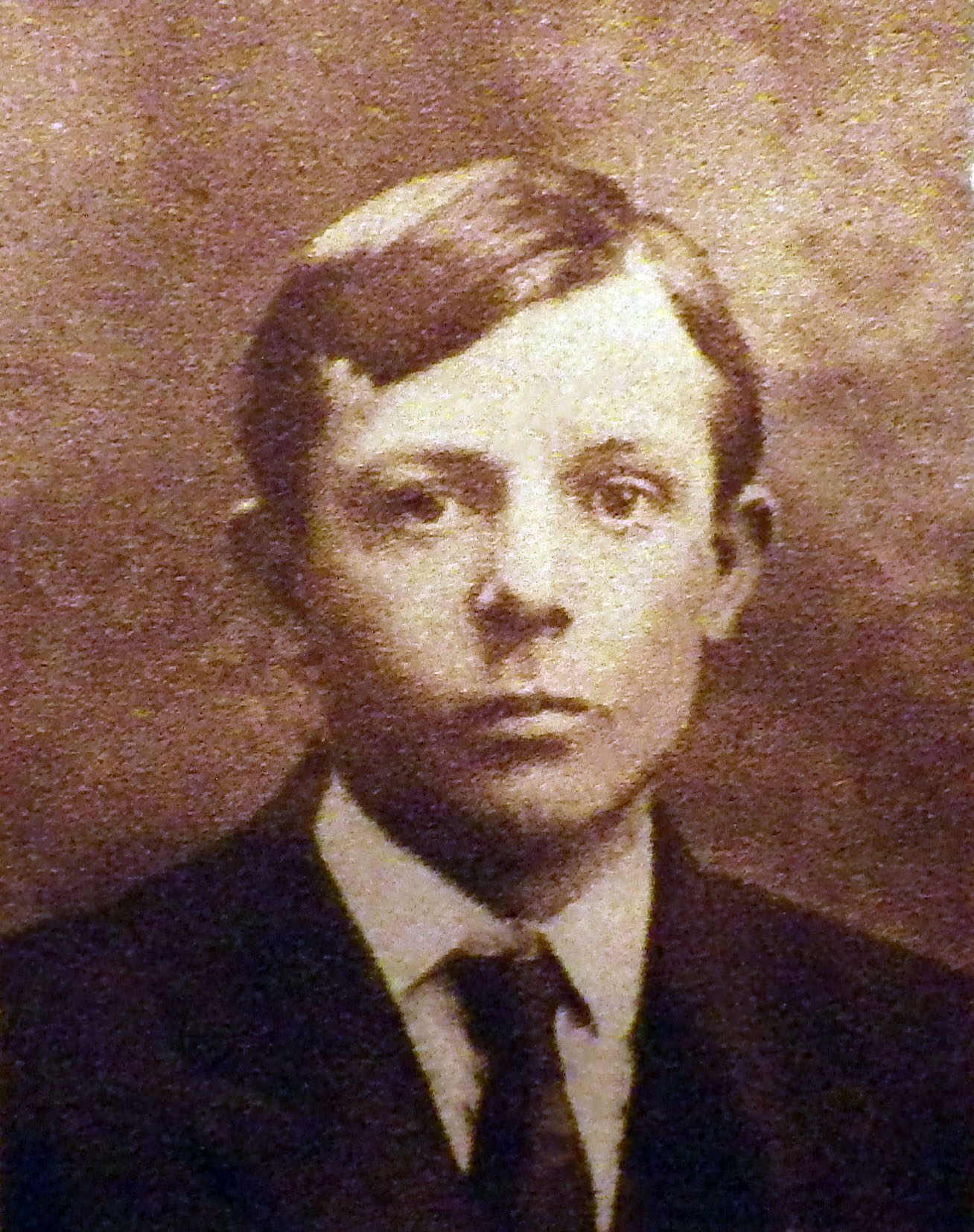