Cyrus Ross Chamberlain born around 1889. Cyrus Chamberlain served in World War 1 with the Lafayette Escadrille. The enlistment was in 1917 and the service was completed in 1918.

A native of Minneapolis, where his father was Chairman of the First and Security National Bank, Chamberlain joined the French Lafayette Flying Corps in June of 1917. He attended French school and was posted to Lafayette Escadrille Squad 98. Slightly older than his squadron mates, he was often more reckless than the rest.

During the German offensive in the spring of 1918, his squadron flew air superiority missions over the front lines and on 13 June, his group dove from 12,000 feet on some German aircraft. They had been lured into a trap and other German fighters attacked. Chamberlain was killed by machine gun fire from an enemy ship. He was posthumously awarded the Croix de Guerre.

Wold-Chamberlain Field - Minneapolis-St Paul International Airport was dedicated in his honor in 1923.

Cyrus Chamberlain was originally buried in Coulommiers, France. In 1928 his remains were removed from the military cemetery at Coulommiers to the Lafayette Flying Corps memorial near Paris.

ON June 13th, 1917, our son enlisted in the Foreign Legion of the French Army, as a candidate for the Lafayette Flying Corps, believing that this was, for him, the most direct road to active service in the war. One year from the day of his enlistment he fell to his death in combat, having gallantly given fight to a group of enemy fliers, by whom he was hopelessly out-numbered. He was buried in the military section of the cemetery at Coulommiers, France, on June 14th, by the men of his groupe de combat, and every possible expression of sorrow and affection has been made by his comrades in France. In recognition of his passing a memorial service was conducted in Minneapolis in the Hennepin Avenue Methodist Episcopal Church by Dr. Charles Wesley Burns, on Sunday morning, June 23d. This book is published for our family and the small circle of friends for whom it will have value; our reason for including much that is personal and intimate is thus explained. We desire that the letters shall not only tell the story of the thrilling last year of our son's life, but that they may reflect and interpret the personality that was Cyrus. To those who loved him best, it is a poignant regret that with his fine preparation, and passionate desire to do his part as a chase pilot, his opportunity for service was so brief. If this story of his life and death as a soldier shall add anything to his gift to the cause he loved, a dear memory will be honored. 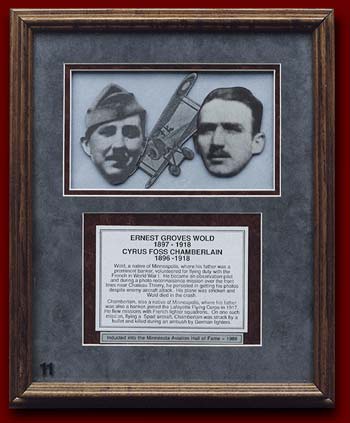