Thomas Jefferson Ferrell born around 1892. Thomas Ferrell served in World War 1 with the United States Army. The enlistment was in 1918 and the service was completed in 1919.

Thomas (or just “Tom”) Jefferson Ferrell (1892-1955) was from a large family that resided near Bailey in Nash County, where their father John made a living as a farmer.

Thomas enlisted in military service on March 21, 1918 where he served in the 156th Depot Brigade before joining Company F, 119th Infantry.

Thomas Ferrell went aboard the troop transport ship Haverford on May 11th in Philadelphia and received severe wounds on September 29th while fighting in France. Returning to the states, Thomas boarded the ship Plattsburg in Brest, France on January 22, 1919. On the return voyage, Thomas was quarantined to a sick unit and then stationed at the Greenhut Building, Debarkation Hospital No. 3, in New York.

After the war, during the 30s and 40s, Thomas Ferrell and his brother Seth (also a World War I veteran) were the primary caretakers of their mother Missouri. Never marrying, Tom Ferrel died from pulmonary tuberculosis in 1951. 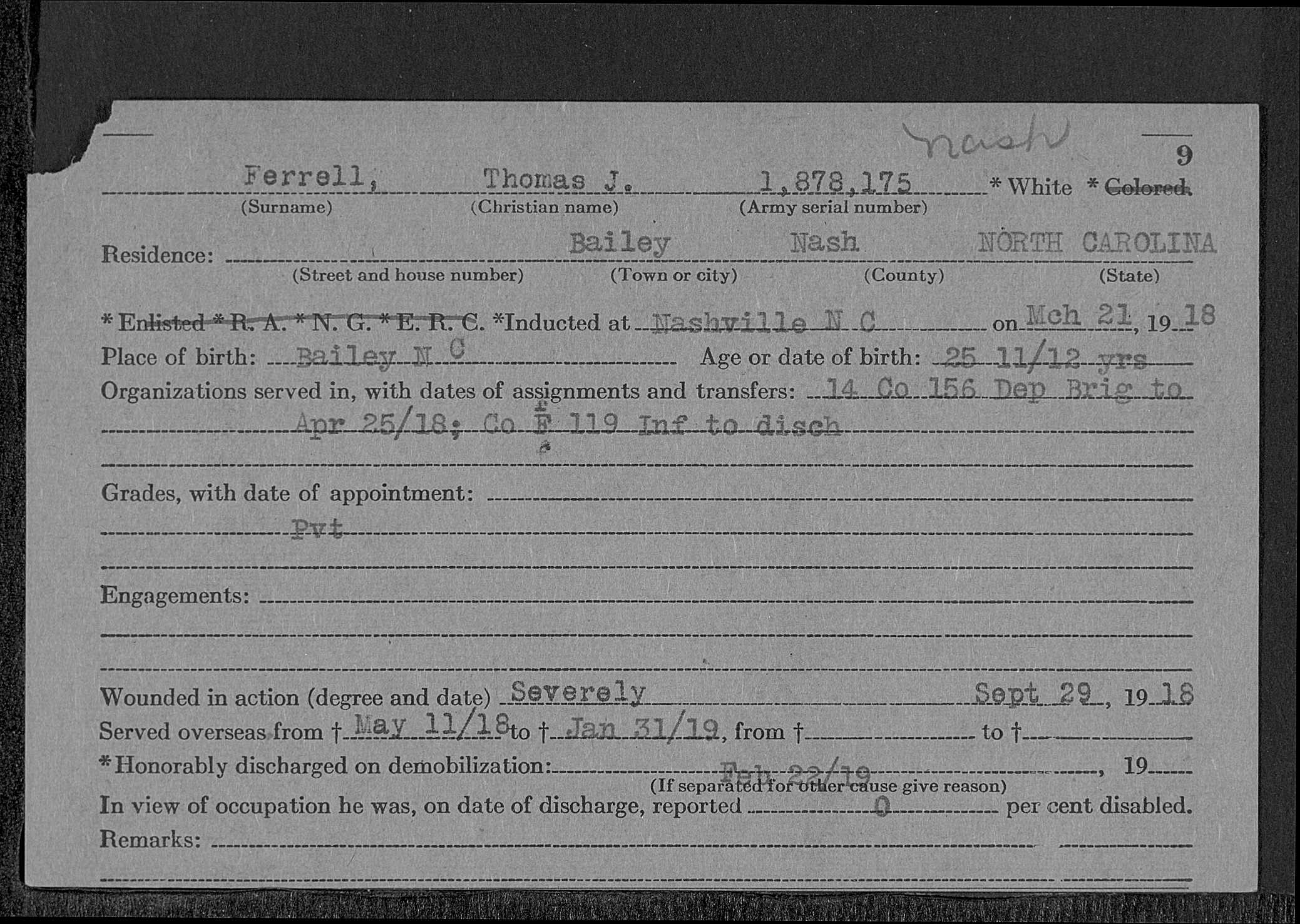 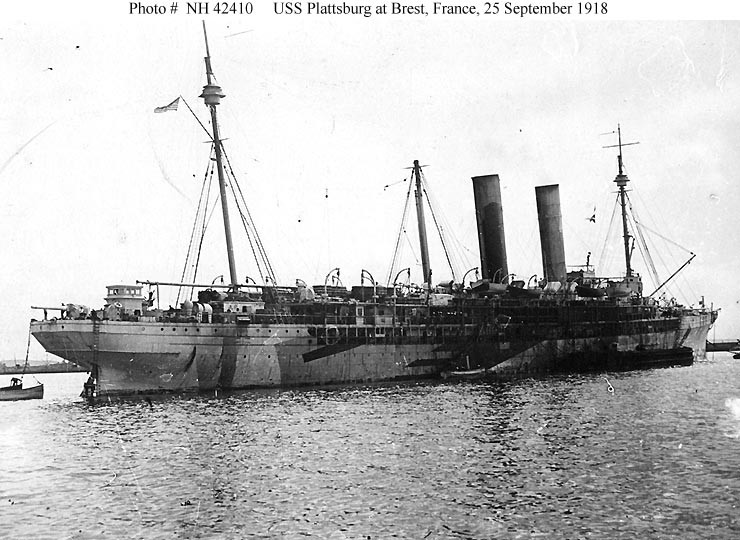