John Henry Harper born around 1889. John Harper served in World War 1 with the United States Army. The enlistment was in 1918 and the service was completed in 1918.

John Henry Harper was born on February 21, 1889 in Nashville, North Carolina to his parents John C. and Susan Jane Mitchel Harper. John C. Harper was a veteran of the American Civil War and received a wound in his calf that disabled him from manual labor later in life. By 1900, John C. Harper served as a justice of the peace in Nashville.

At that time, John (or “Johnnie”) Henry Harper was the second youngest of five children in the Harper family: from eldest to youngest, Mary G., Hattie B., Bessie E., Johnnie H., and Judie B. By 1910, their mother Susan Harper died, leaving John C. Harper widowed as the head of household with four of his children still residing at home. John H. Harper and his sister Mary (often called “Ella”) supplemented their father’s income by serving as a salesman at a hardware store and as a dressmaker, respectively.

John H. Harper registered for military service on June 5, 1917 and was officially inducted at Nashville, N.C. on March 1, 1918, where he served in the 156th Depot Brigade. Harper briefly served in this unit until March 20, 1918, when he was absorbed into Depot Section, 1 Corps Artillery Park. Harper served in this unit when he shipped off to Europe on June 8, 1918.

While in service, Harper received a promotion to private first class on March 28, 1919. Harper returned to the states on June 27, 1919, and was honorably discharge the following week.

John Henry Harper never married. He died on November 6, 1965 due to natural causes. His body is buried at the Forest Hills Cemetery in Nashville, N.C. 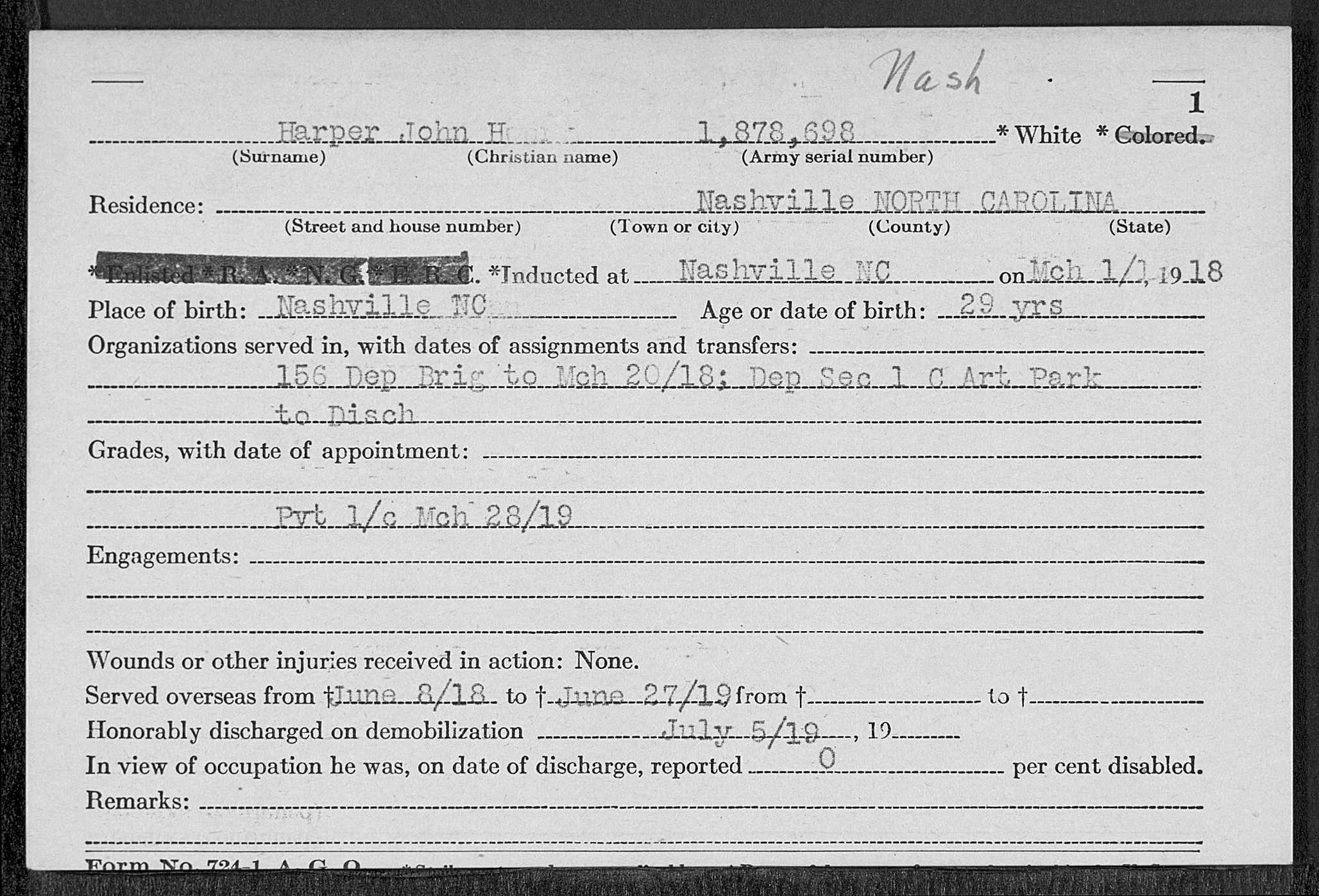