Cicero Evans born around 1884. Cicero Evans served in World War 1 with the United States Army. The enlistment was in 1918 and the service was completed in 1919.

Cicero Evans was born on July 16, 1884 to a large African-American family in the Griffins township of Nash County, North Carolina. Cicero was the youngest son and one of ten children born to Robert and Ada Evans.

By 1900, the Evans family continued to live in Nash County where their father Robert Evans owned a farm. Cicero’s life until his enlistment remains a mystery, but, by the time of his draft registration on June 5, 1917, Cicero Evans resided in Nashville, N.C. and worked as a farmer.

Evans was inducted into military service on August 1, 1918, whereupon he went to Camp Green in Charlotte, N.C. for training with Company B, 344th Labor Battalion. Likely during his training at Camp Green, Cicero Evans received a promotion to Corporeal on September 13, 1918 and then shipped off to France at the end of the month. Evans left New York City aboard the troop transport ship Teucer on September 25, 1918.

While serving in the trenches of France, Evans received a second promotion to sergeant on November 30, 1918, and then left St. Nazaire, France on the U.S.S. Susquehanna on June 29, 1919.

After the war, Cicero Evans married Lucy Gray Drake (also from Nash County, daughter of Bud and Mary Drake) on January 24, 1920. The couple lived in Nashville, N.C. where Cicero continued working as a farmer. By 1930, Cicero and Lucy Evans had three children, all sons named William, Nick P., and John P in the township of Griffins.

Cicero Evans died on December 7, 1968 at the Veteran’s Administration Hospital in Durham, N.C. Evans was buried at the Union Hill Cemetery in Nashville, North Carolina. 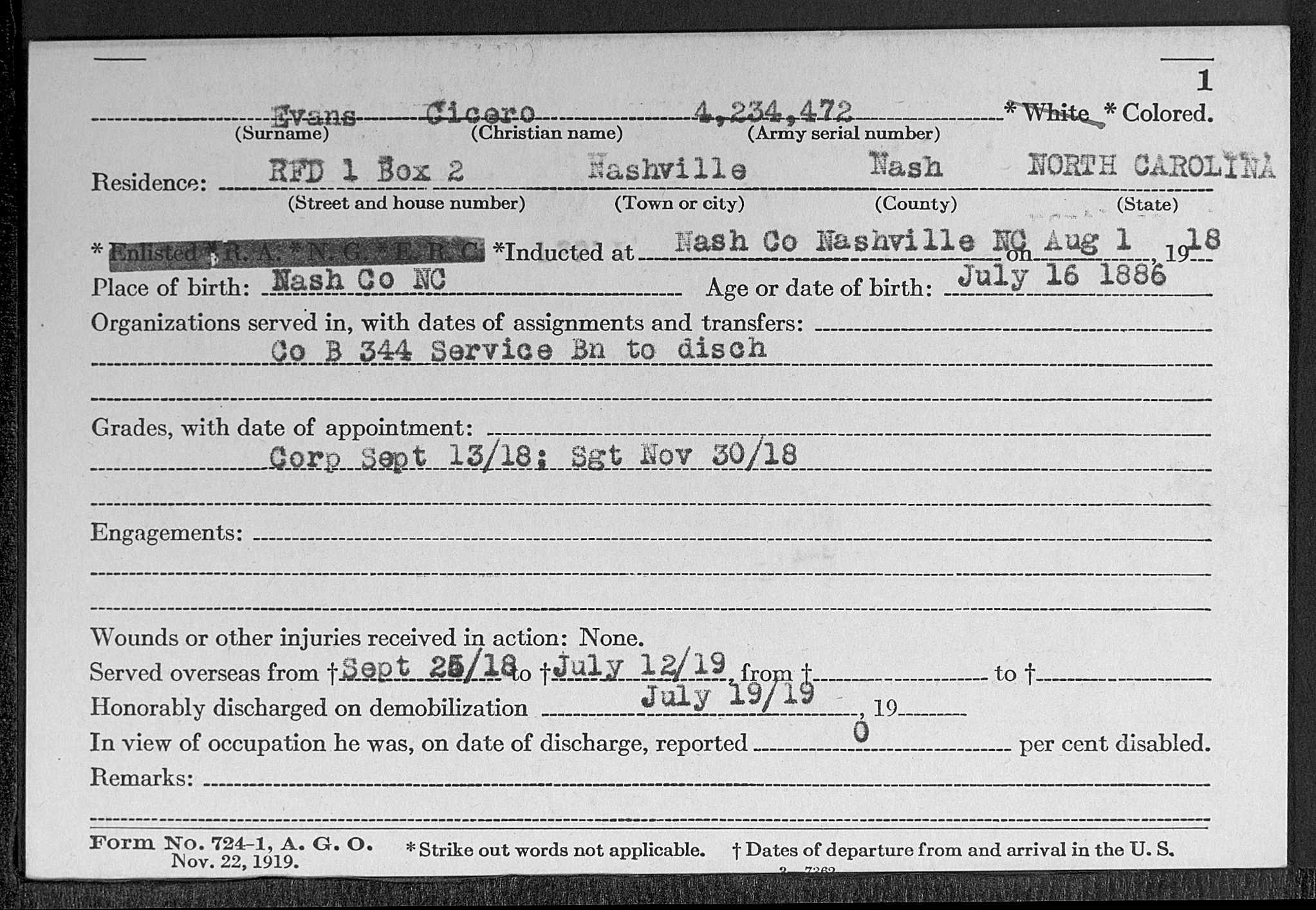