Homer Stonewall Proctor born around 1894. Homer Proctor served in World War 1 with the United States Army. The enlistment was in 1918 and the service was completed in 1918.

Homer Stonewall Proctor was born on October 2, 1894 to his parents William Henry and Minnie J. Moore Proctor. Homer was the eldest of at least five children born into this family, the others being John H., Henry C., Bertha V., and Mammie L. Proctor.

By 1900, William Proctor rented a home and worked as a farmer, but by 1910 he worked at a lumber yard in the area.

Homer Proctor was inducted into military service on May 24, 1918 and then reported for duty to Camp Jackson in South Carolina, where he served in the 17th Company, 5th Training Battalion, 156th Depot Brigade for one month. After this, Proctor served in Company H, 324th Infantry before shipping off to Europe on August 6, 1918.

Proctor served overseas until his death on October 10 of that year. Homer S. Proctor is now buried at the Forest Hills Cemetery in Nashville, N.C. 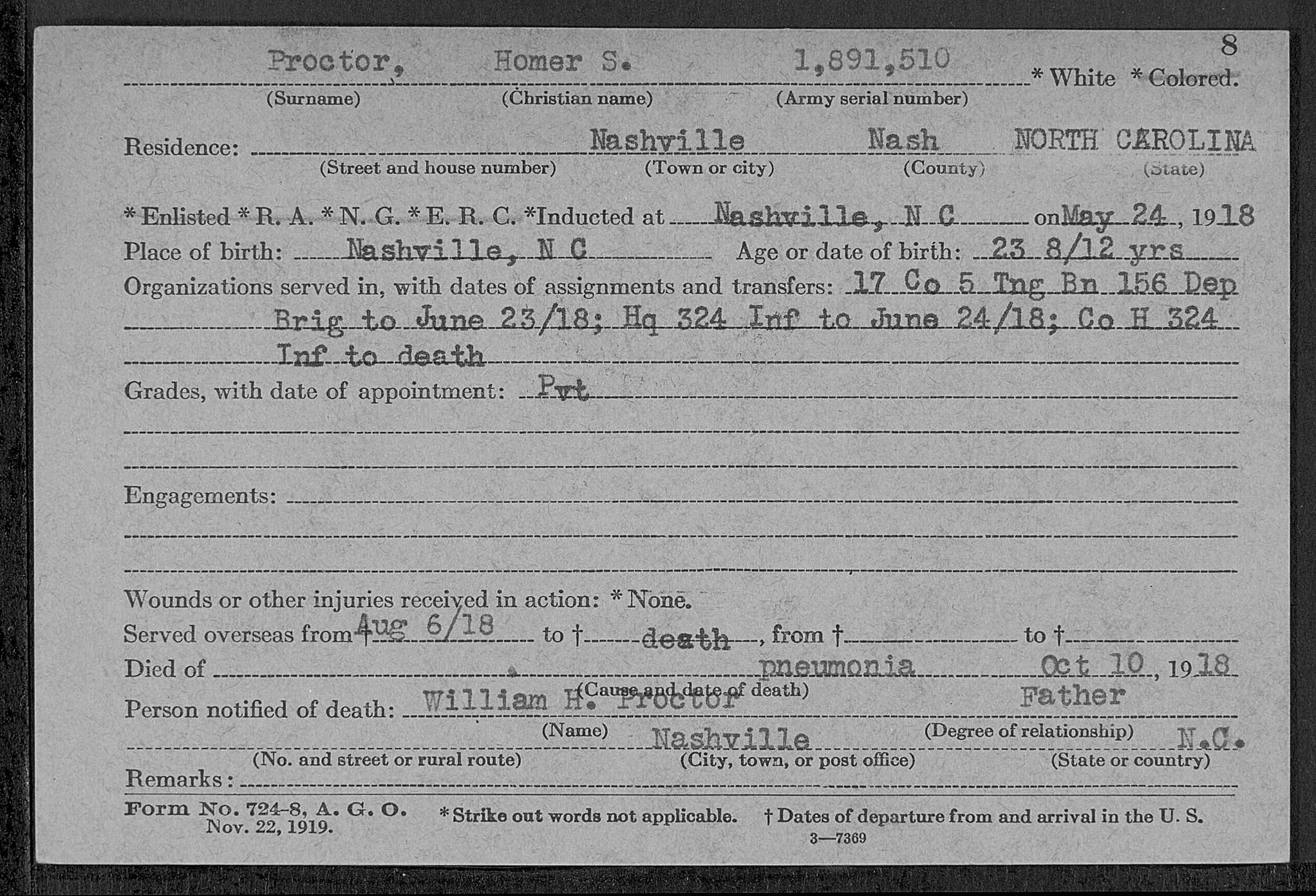