Henry Bullock born around 1896. Henry Bullock served in World War 1 with the United States Army. The enlistment was in 1918 and the service was completed in 1918.

Henry Bullock was born on June 1, 1896 in either Wilson or Nashville, N.C. to a large African-American family. Likely the son of a previous marriage, Henry Bullock’s mother was Louisa Bullock and by 1910 his step-father was Charles H. Bullock, a farmer. Many of Henry’s siblings worked on the family’s farm in Bailey.

Henry Bullock registered for the draft on June 2, 1917 and, at that time, worked with the Harris Granite Quarries Company as a quarry hand. Bullock was inducted into military service on July 31, 1918.

Bullock shipped off to France on September 25, but then died from pneumonia the same day as Henry Proctor. Bullock is buried at the Brookwood American Military Cemetery in Surrey, England. 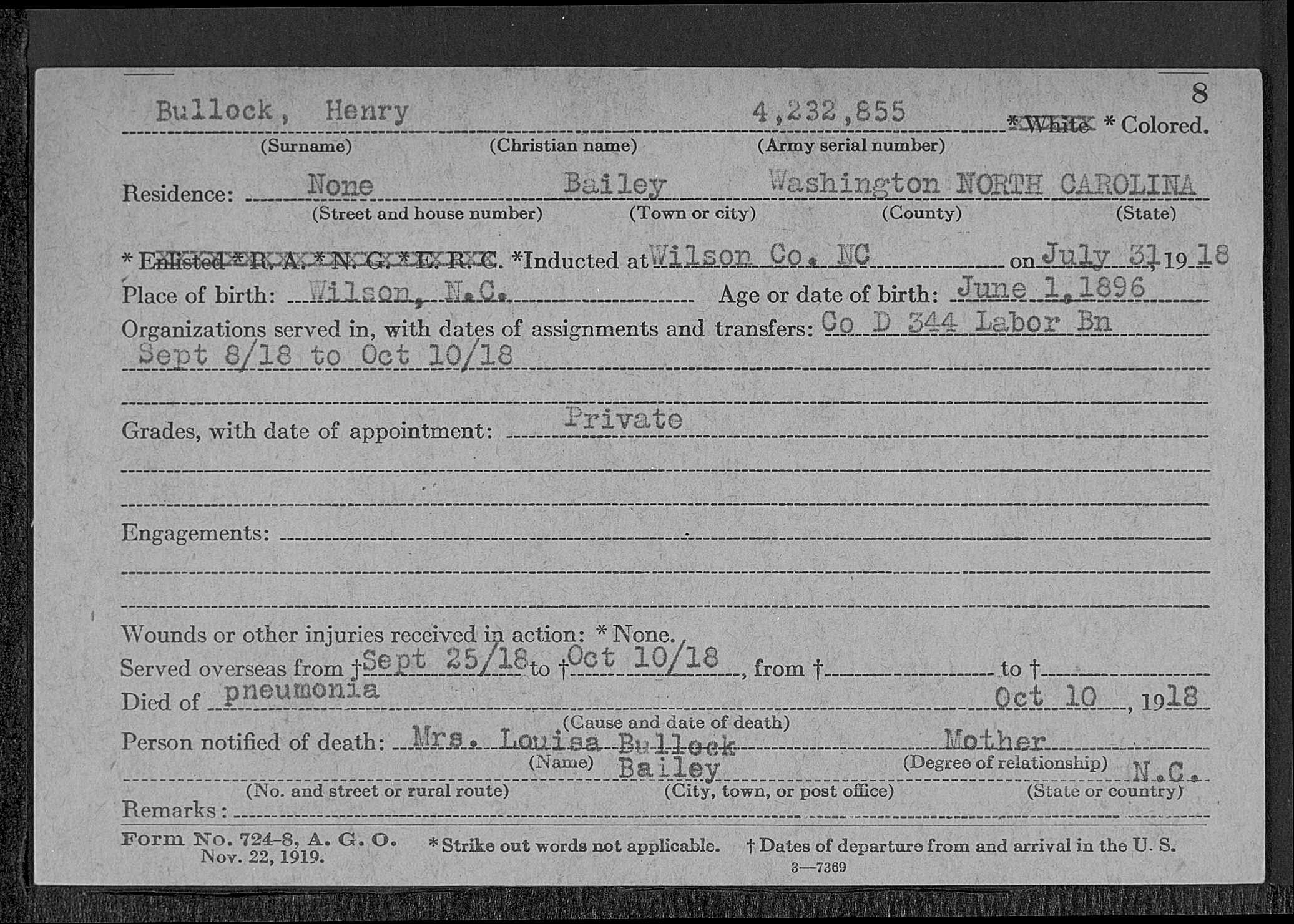 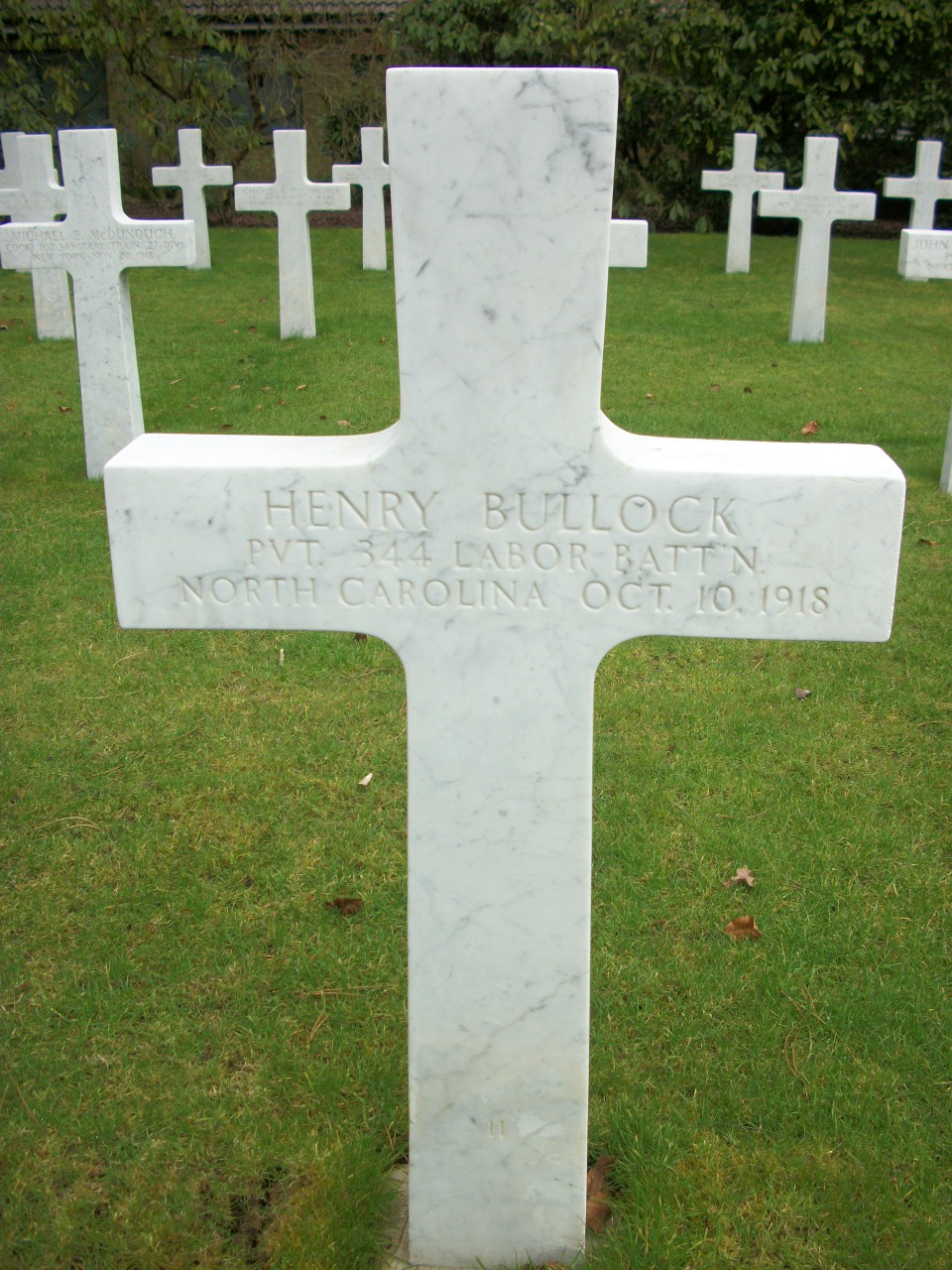