Jim Higgins born around 1896. Jim Higgins served in World War 1 with the United States Army. The enlistment was in 1918 and the service was completed in 1918.

Little is known about Jim Higgins’ early life, but his military records indicate that he was an African-American soldier born on December 1, 1896 in Franklin County, N.C. At the time of his draft registration, on June 5, 1917, Higgins was a farmer near Spring Hope in Nash County.

Higgins enlisted in military service on July 29, 1918 and arrived at Camp Green, just like Henry Bullock. While in training, Higgins joined and served in Company D, 344th Labor Battalion.

Higgins also died of pneumonia one week after his comrade, on October 17, 1918. Higgins is buried at the Brookwood American Military Cemetery in Surrey, England. 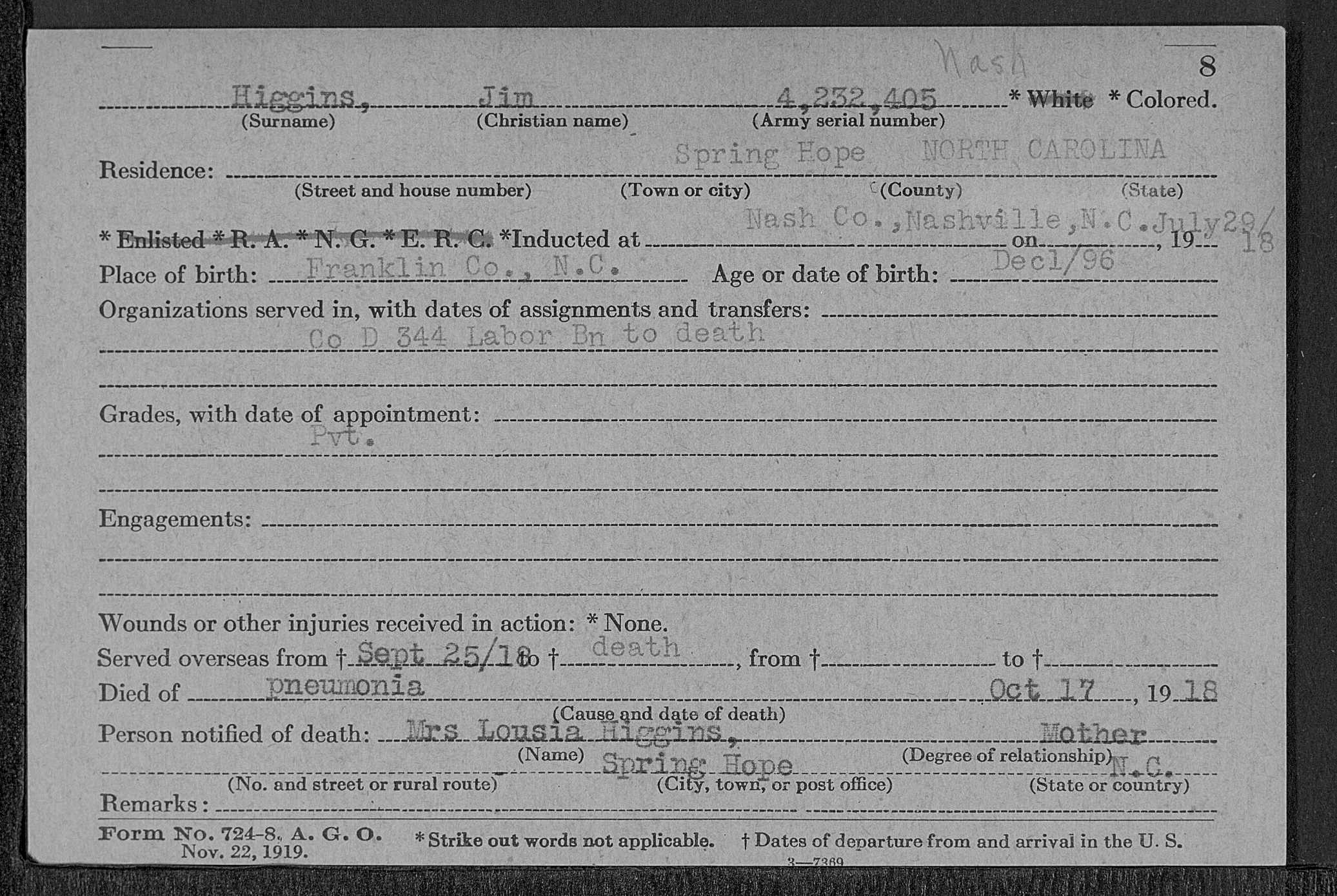 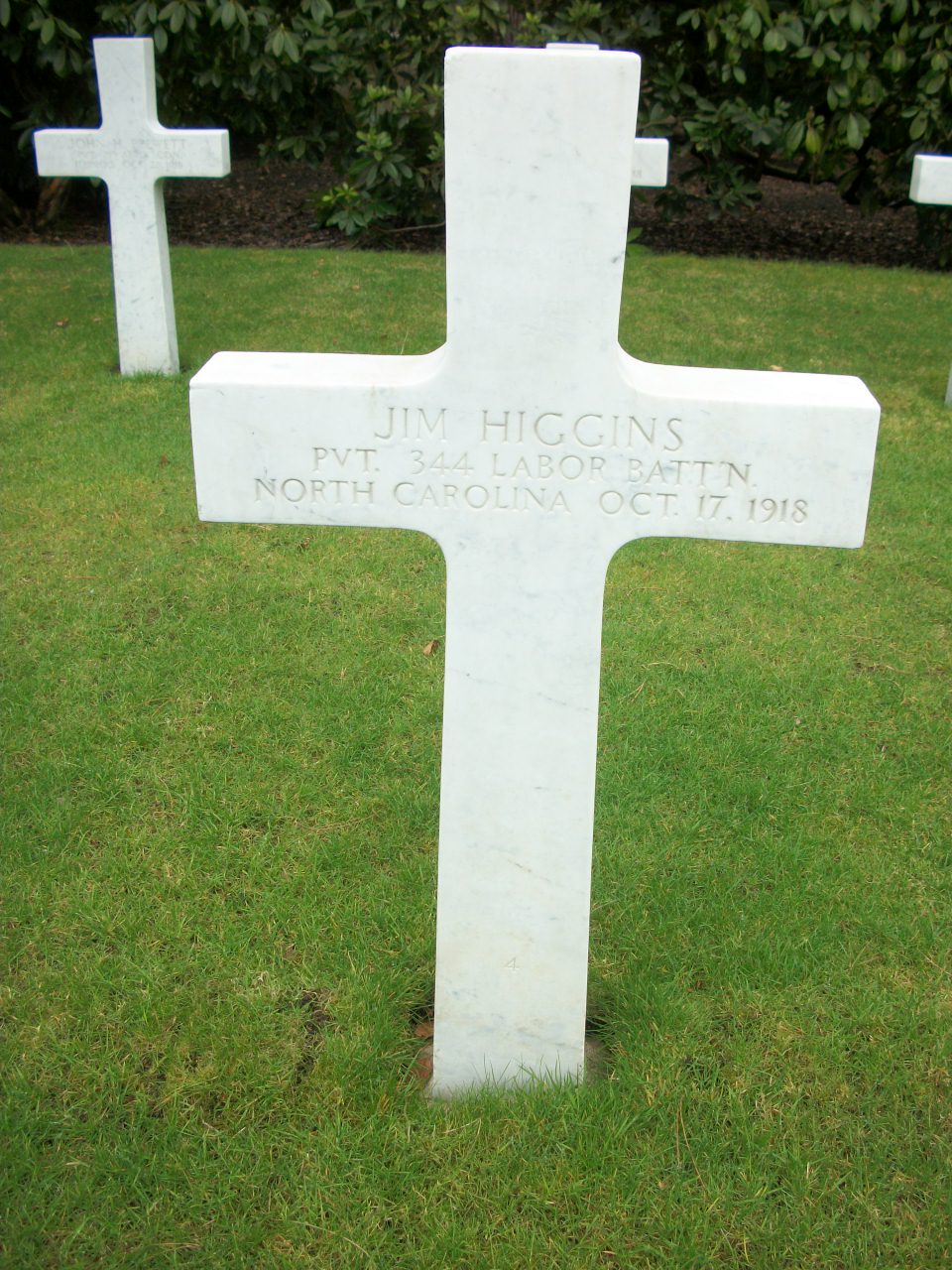