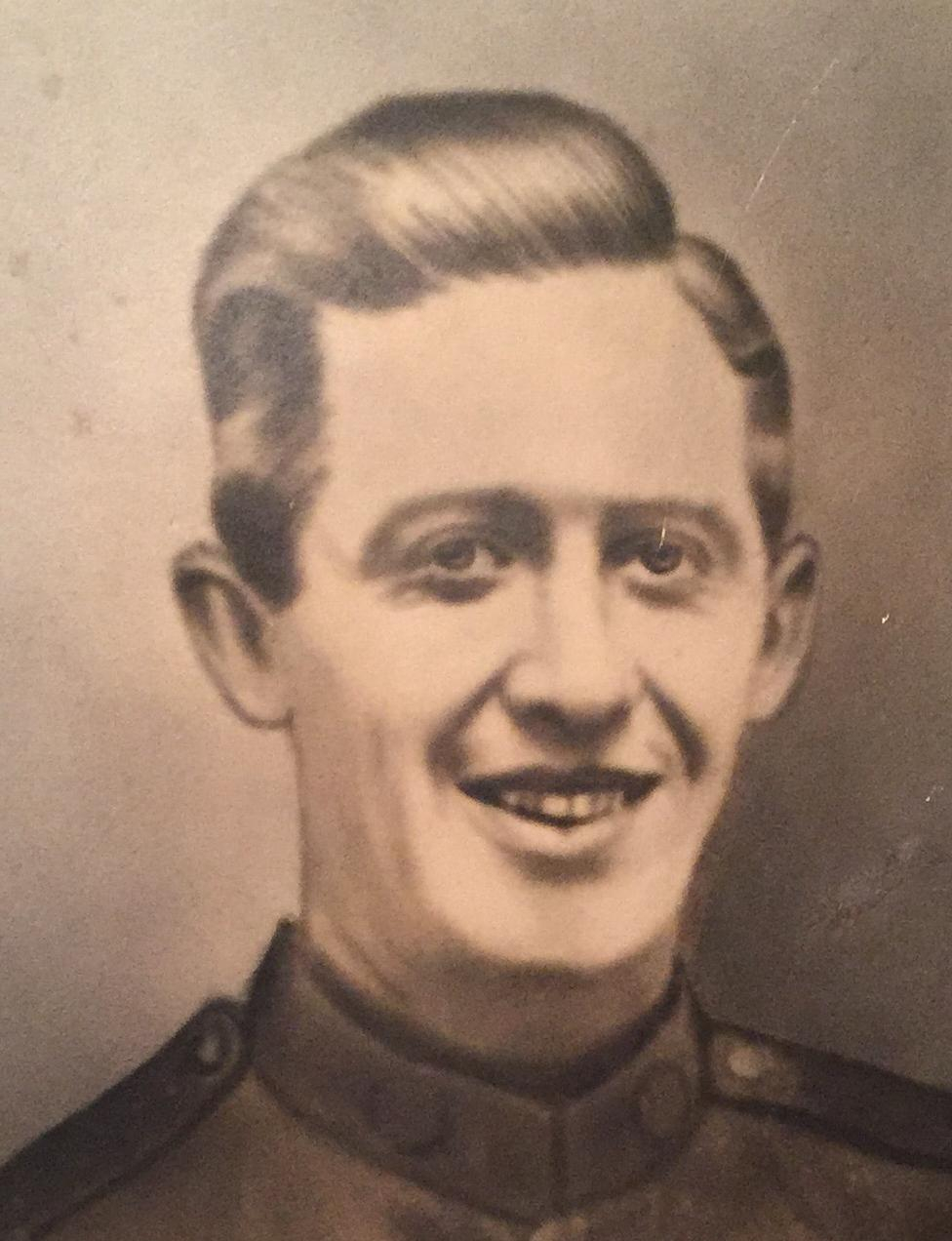 John A Dean born around 1893, John Dean served in World War 1 with the the United States Army . The enlistment was in 1917 and the service was completed in 1918.

John A. Dean was born about 1893, his mother Anna (Kelly) Dean and William Dean were residents of Butler.

John A. Dean enlisted August 31, 1917 in the Ambulance Co #33, which trained at the Van Wyck estate bordering on Lake Apshawa. He then traveled to Syracuse, New York, Allentown, Pennsylvania and lastly Camp Greene, Charlotte, North Carolina for further training.

At Camp Greene his company was incorporated into the 4th Division Regular Army. They left the United States for service overseas on May 13, 1918. In whole or part he served at Belleau Wood, Chateau Thierry, and the Aisne-Marne offensive, St. Mihiel, the Meuse Argonne in France and in the Army of Occupation in Germany.

John A. Dean was not destined to share the fortunes of his comrades and return safely to Butler, New Jersey. At 6 o’clock on the evening of July 2, 1918, a call came for a detail to serve in the front lines with the 5th and 6th Marines at Belleau Wood. The very point of the foremost salient of the German Army’s offensive toward Paris. They arrived at the front line at dusk, the men were assigned to advance dressing stations, which were mere holes in the ground covered with branches of trees, dirt, stones and old pieces of uniforms. It was here that John A. Dean, while carrying in a wounded Marine on a litter, was also wounded. John and Carl Nixdorff were carrying in a wounded Marine on a litter, over rough, broken ground, through the remaining stumps of a forest on the night of July 3, 1918 when a shell exploded along side the litter, killing the patient and mortally wounding John A. Dean. Nixdorff true to his training dressed the wounds of his dying comrade and then went for help to bring him in.

When help finally arrived, it was too late and John A. Dean had made the ultimate sacrifice; he had died in the effort to save another man’s life. This is the finest and noblest death any man can desire.

Good soldier, staunch comrade, brave man. He was buried where he fell in Belleau Wood. His body was later brought back to the United States, and received military honors he is buried in Mt. Calvary Cemetery, Bartholdi Avenue here in Butler, New Jersey.

A flag pole and base that once was used at the Ambulance Co #33 training camp bordering Lake Apshawa, was relocated to the front lawn of The American Legion Post 154 at 15 Kiel Ave, Butler, NJ. Over time the original flag pole had deteriorated, and was replaced by members of the Post. A plaque was made in the honor of John A. Dean and attached to the flagpole base. The original flagpole base was moved again and found to be in bad shape. The Legion Post then took the plaque and had it fastened to a Granite memorial stone. 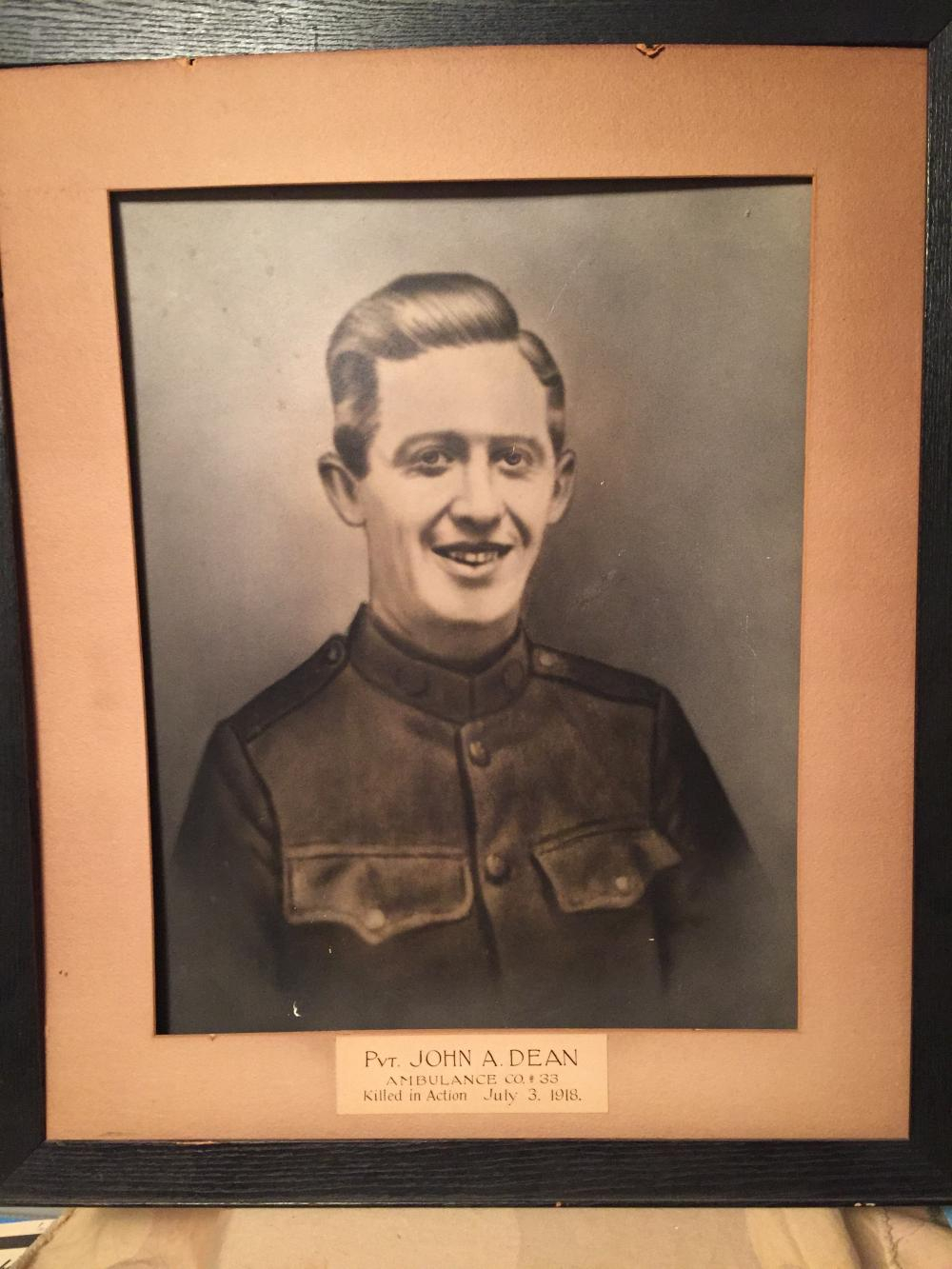