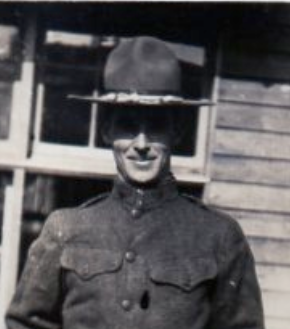 James J Lindsay born around 1897. James Lindsay served in World War 1 with the United States Army. The enlistment was in 1917 and the service was completed in 1919.

Sgt. James J. Lindsay enlisted with the US Army in 1917 and was a Wagoner in France during WWI. He served with Company A of the 29th Engineers during is tour in France in 1918-1919.

During this time, he requested a transfer to the Tank Corps, but was denied. Prior to his service in France, he was a Machine Gunner with the 311th Machine Gun Battalion. He also served in Company I with the 29th Engineers.

He returned from France aboard the SS Mercury and was honorably discharged from service on July 12, 1919. 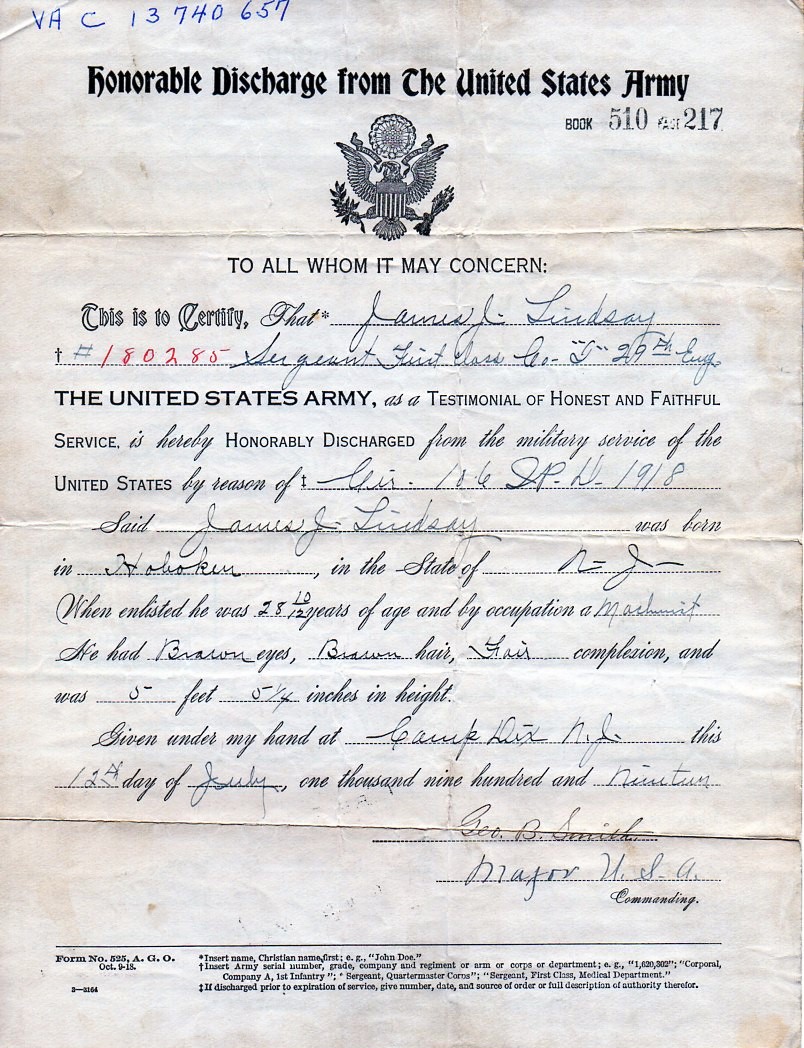 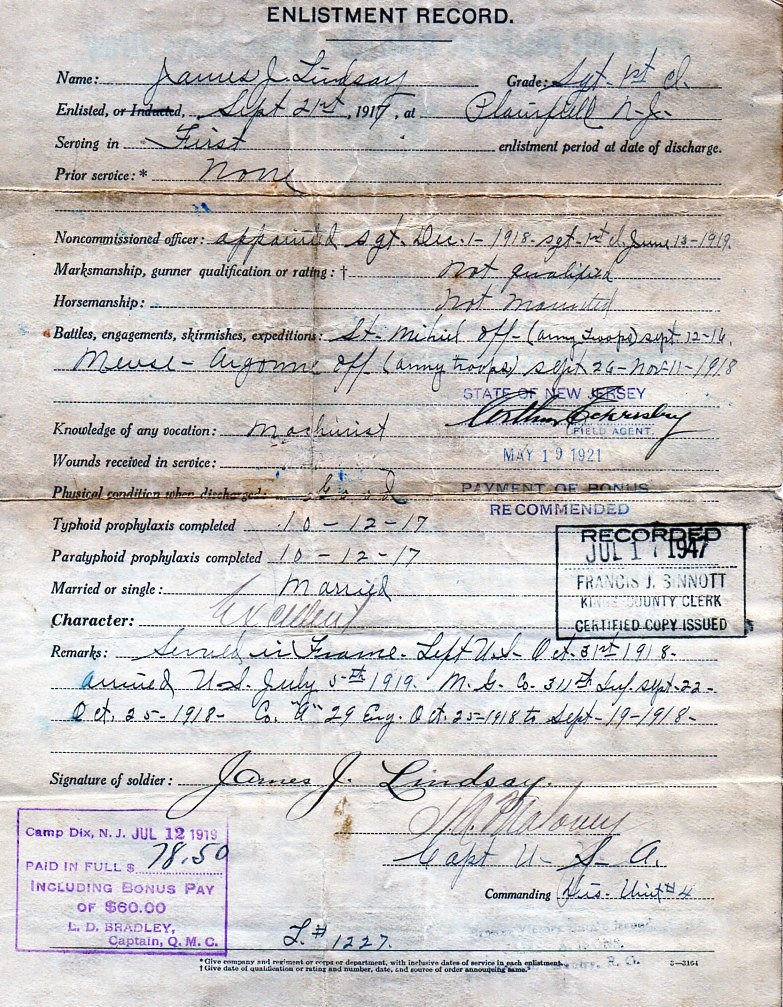 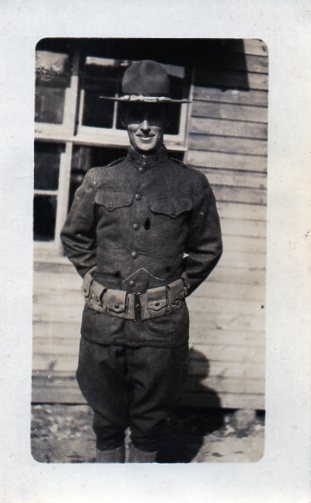