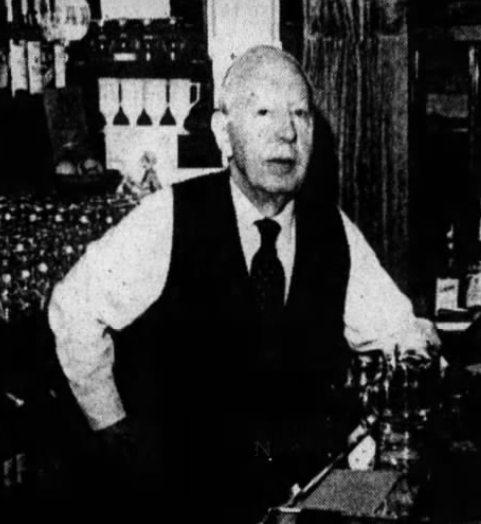 Back to Abe, .... I am Catholic and Abe Wolfe told me that as a Jew there was great discrimination at Army National Guard boot camp & on the way over on the troop ship. He was in the NY National Guard (part of AEF) and deployed to France.

Abe told me the discrimination went away upon arrival especially when they all heard artillery/cannonade . He told me he fought in combat during the MARNE campaign. He said being in combat in the trenches was "like being in hell". He understood German and could also hear German fighters screaming in pain & asking for their mothers in addition to seeing/hearing USA casualties . He went into tears and I apologized for asking such questions but he said, “NO ...I have not talked about this in 50 years & need to". After the war when returning home on the troop ship from France..... the discrimination returned, per Mr. Wolfe.

We talked often and even more so when he found out DEC 1974 that I was accepted to USCGA New London CT as a USCG cadet. [I graduated as an ENS in 1979.] He would invite me to his main floor steak house bar at 11pm on a 1974 FRI or SAT summer night after BSO Tanglewood classical music events after I finished my dishwashing duties in the basement kitchen for a (1) gratis ice-cold Michelob beer.

He [wife Sarah and only child Lenny] was a great & kind man to me & my mother who was a waitress at this very successful steak house. They had no daughter and treated my mother as one. They lived across the street from the restaurant and at 4pm I would cross and assist them in safely crossing the street for work.