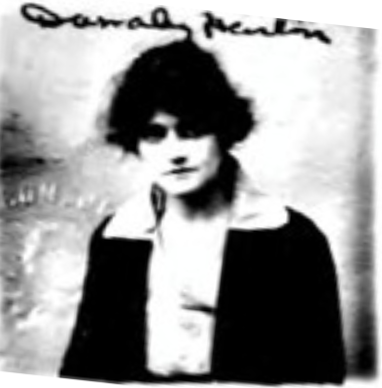 The Hello Girls connected over 26 million calls, contributing to the American victories at the Battles of St. Mihiel and Meuse-Argonne. The Chief Signal Officer of the Army Signal Corps wrote two days after the 1918 Armistice that “a large part of the success of the communications of this Army is due to…a competent staff of women operators.”

Not every Hello Girl lived to read that report; two perished during their military service. One was Inez Crittenden, Darnaby’s commander, who died of disease on the day the war ended. Her brother Sam had likewise been killed shortly after his unit’s arrival in France in October 1918. 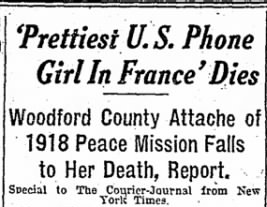 Despite these sacrifices and the war’s conclusion, Darnaby continued to serve her country. She was chosen as a telephone operator for President Wilson's peace mission at the Versailles conference. After the peace treaty was signed in 1919, she volunteered again to serve as a telephonist at the American Embassy in Paris. Afterward, she left government service to pursue a degree at the Sorbonne.

Darnaby would never return home to Kentucky. On January 29, 1921, she accidentally fell from her window shortly after beginning her studies. She was at that point one of the last Hello Girls abroad. Reporting on her death, the New York Times referred to her as the "Prettiest U.S. Phone Girl in France”.

Those women who had returned home found a nightmarish surprise waiting for them. The Army refused to acknowledge they had served as soldiers, labeling them as civilian contractors even though they wore uniforms, swore an oath, served under commissioned officers, and never once saw a contract.

It would take until 1977 for the Department of Defense to recognize these women’s service as soldiers at Congress’ insistence in Public Law 95-202. Also recognized in that legislation were the female WASP pilots of World War II, who received a Congressional Gold Medal in 2009 to honor their wartime service and postwar fight for recognition as veterans. In 2018, Senators Blackburn and Tester introduced legislation to likewise honor the Hello Girls with a Gold medal in the same fashion.