Herman Keoka was born around 1887. Herman Keoka served in World War 1 with the United States Navy. The enlistment was in 1917 and the service was completed in 1919.

When America entered WWI, my great uncle Herman Keopka was working as the Assistant to the Governor of the Sailors Snug Harbor in Staten Island, NY. This huge campus facility, which is now a National Historic Landmark, served as a rest home for retired navy and merchant seaman, from 1831 until the 1940s.

Since Herman was adept with administration, and already familiar with the nautical community, he enlisted in the Navy in December of 1917 as a Pay Clerk. His talents were not missed, and he was quickly promoted to Chief Petty Officer within a few days. Soon after this, the Navy would commission him as a Supply/Personnel Officer in February of 1918.

USS Tjisondari had an interesting life -- named after a town in Indonesia, she was a Dutch cargo ship, confiscated in Djakarta in 1917, and brought stateside for conversion to a troop ship. After two trips to France, Tjisondari was converted again, this time to be a 'horse ship' that carried over 600 horses per trip. After the war, Tjisondari was repatriated to the Dutch government.

After his two convoy-trips, Herman Keopka returned to the U.S., to staff duties with the 3rd Naval District Headquarters. He left service in June of 1919 with the rank of Ensign. 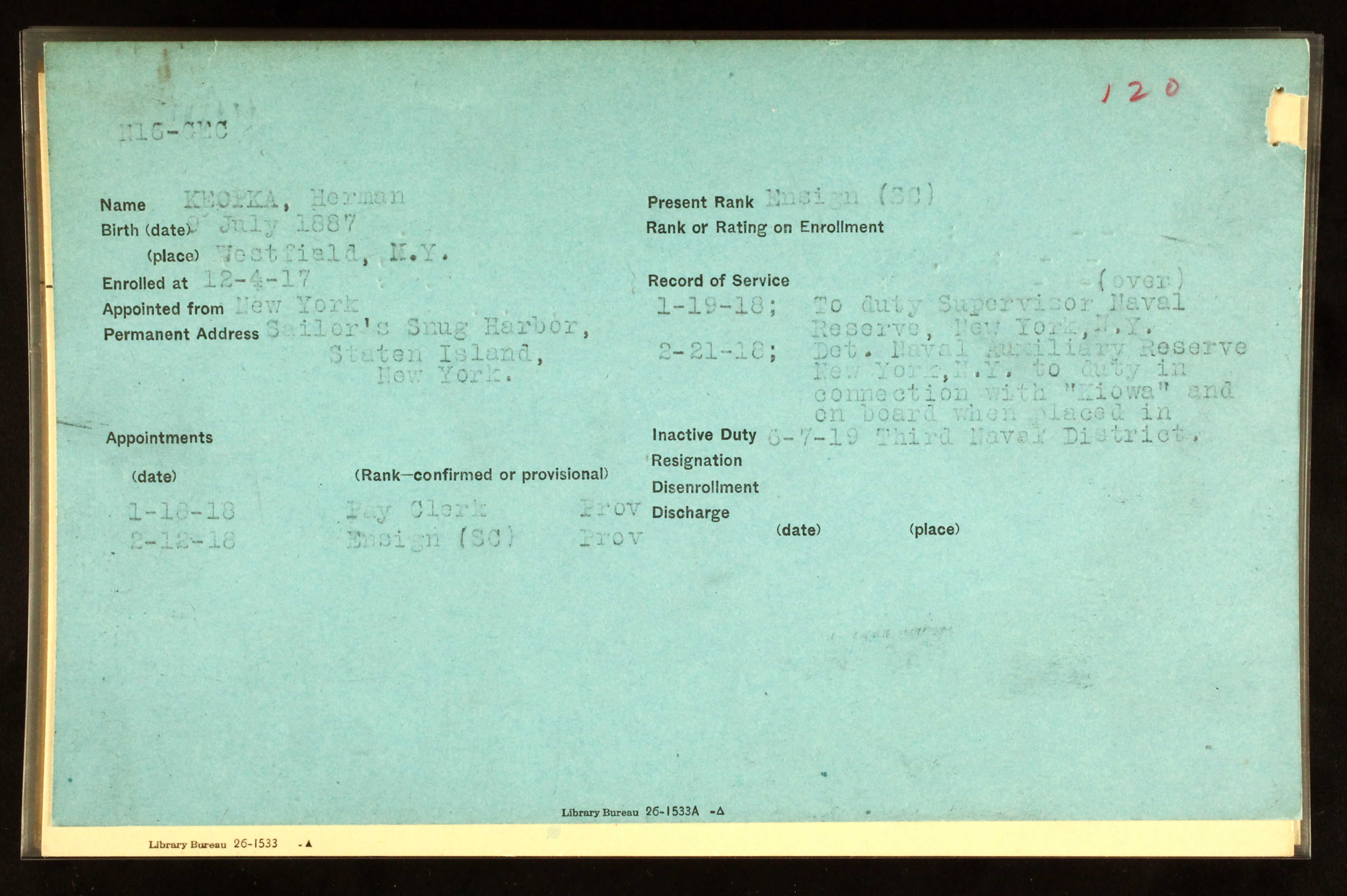 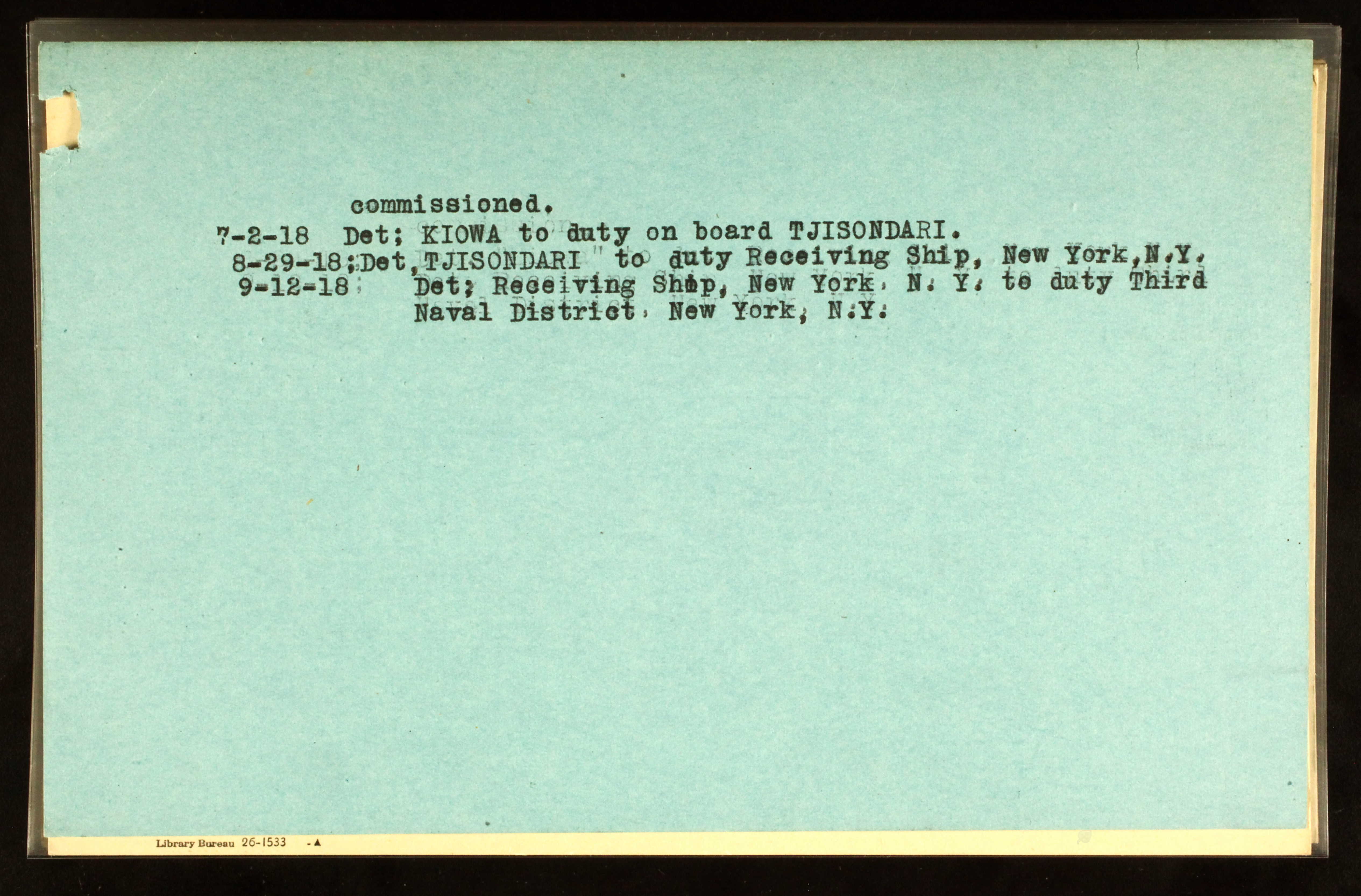 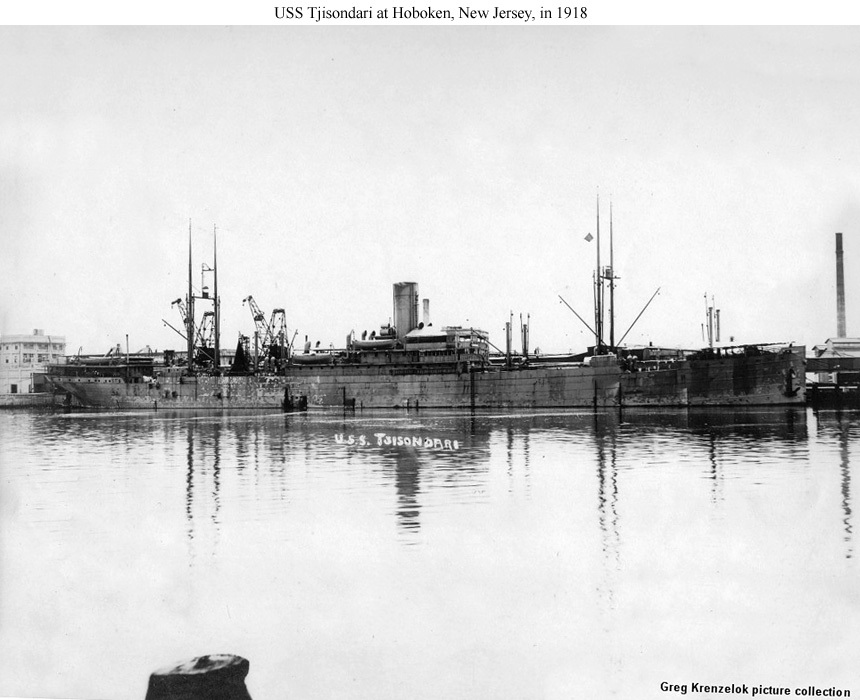