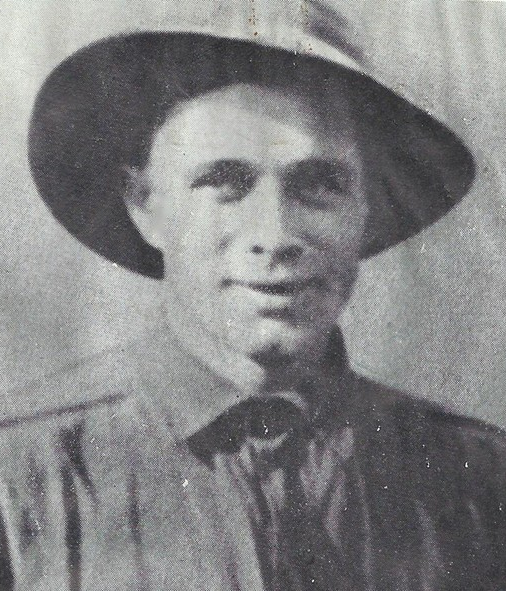 James Edward Coffey born around 1897. James Coffey served in World War 1 with the United States Army . The enlistment was in 1917 and the service was completed in 1918.

James Edward Coffey, the first soldier from Nashua, NH to die in battle in World War I, was born on April 22, 1896, to Daniel J. and Catherine (Dillon) Coffey.

He attended Nashua schools and St. Patrick Church, and in June 1917, became one of the first Nashua men to enlist in the Army at the outbreak of the war. He was assigned to Company D, 103rd Infantry, 26th Division, and trained in Concord and Westfield, Mass.

The telegram bringing news of his death was sent to his parents at 51 Broad St., as was a subsequent, March 1921 letter from the War Department. That residence is no longer there, but it probably sat between Sullivan Street and the railroad tracks.

The telegram bearing the sad news of Private Coffey's death was followed on May 27, 1918 by official confirmation from Maj. Charles C. Pierce of the Graves Registration Service in France and on July 16, 1918 from the office of Austin A. Parker, Adjutant General at Washington.

Later, his mother received from the office of Lieut. Col. C. A, Stevens, division adjutant, the formal citation for bravery. The citation is signed both by the adjutant and by General Edwards personally, and it reads:

" I have read with much pleasure the reports of your regimental commander and brigade commander regarding your gallant conduct and devotion to duty in the field on May 10, 1918, while under heavy enemy gas attack and shell fire, St. Agnant, Toul sector, and have ordered your name and deed to be entered in the record of the Yankee Division."

Coffey was awarded the French Croix de Guerre. He also received the Purple Heart and citations from General John J. Pershing, President Woodrow Wilson, and the President of France.

Private Coffey is buried in the St. Mihiel American Cemetery and Memorial in Thiaucourt Meurthe et Moiselle, France. The pastoral, handsomely appointed cemetery is 40 acres and contains the graves of 4,153 American casualties.

Coffey is one of an estimated two dozen New Hampshire soldiers buried at St. Mihiel. According to one World War I casualty record, two other Nashua soldiers – Eli Bouley and Capt. Wilkie I. Elliott – are also buried there. 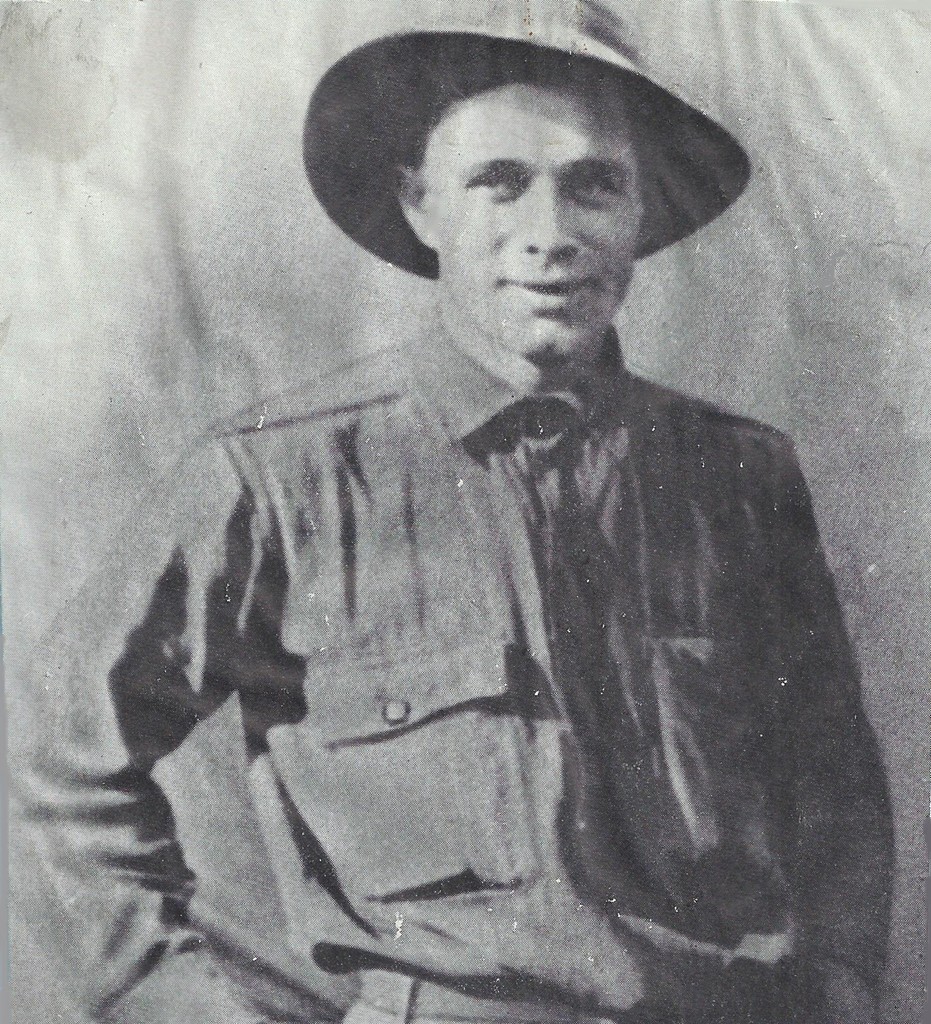 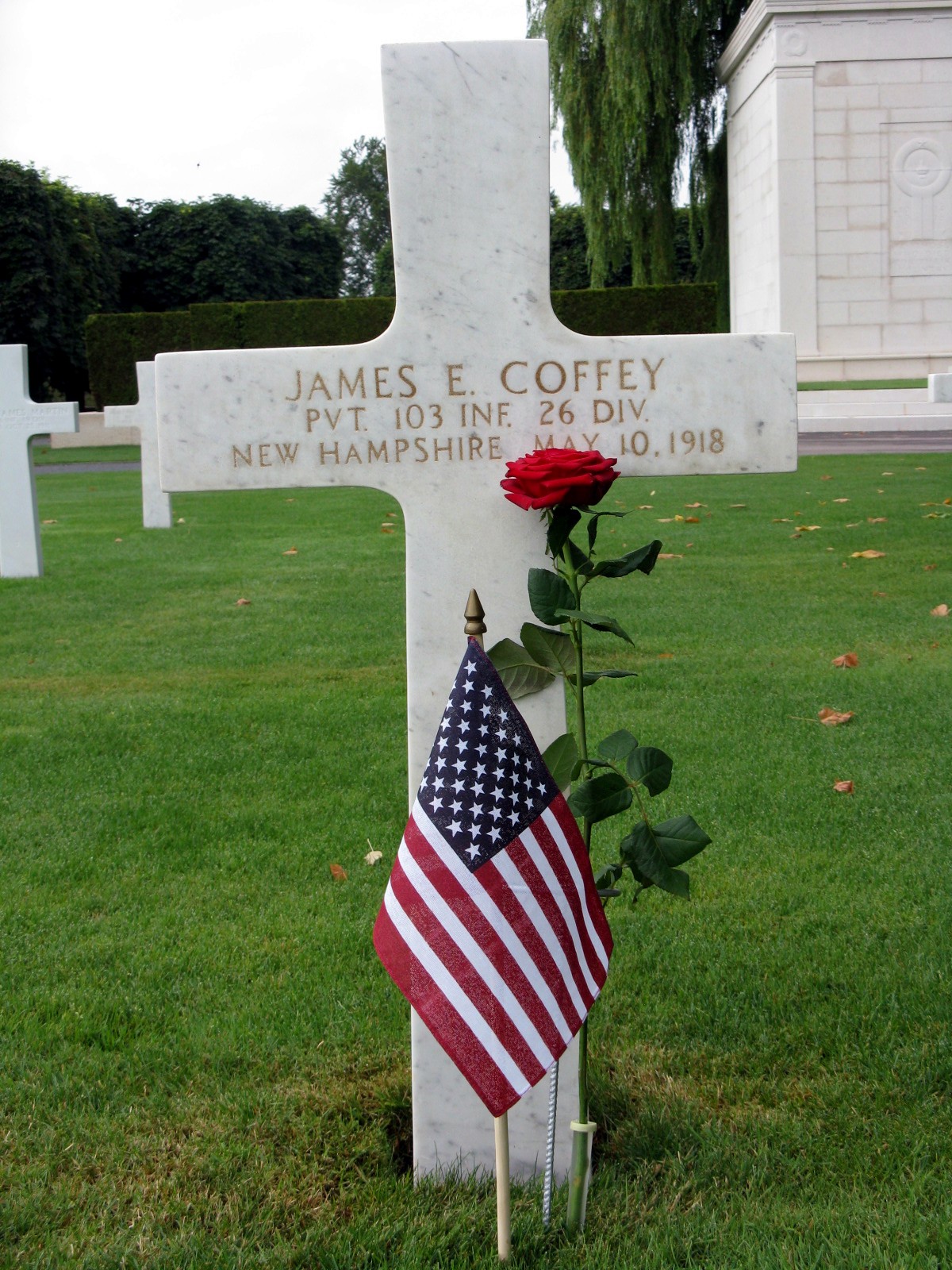 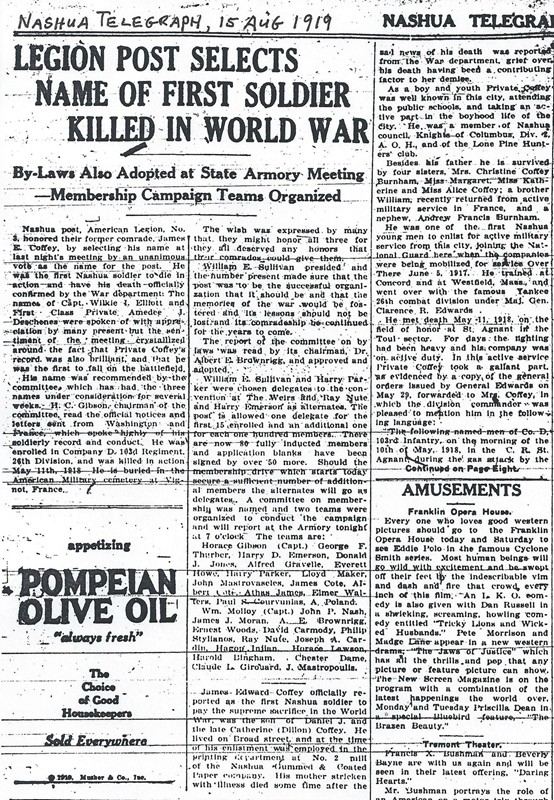