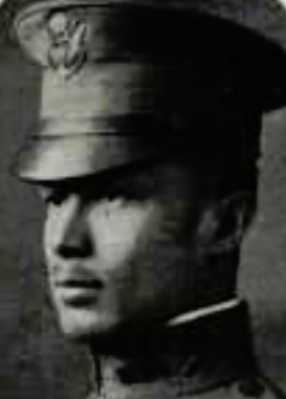 2Lt. Fritz Winifred Alexander Sr. was born around 1893. 2Lt. Fritz Alexander served in World War 1 with the United States Army. The enlistment was in 1917 and the service was completed in 1917.

Georgia WWI Gems of Howard U

While the majority of Georgia’s colored college students attended Atlanta University, we have ten (10) students who attended Howard University and another Howard Graduate who returned to Georgia to serve as Dean at Atlanta University. Many of them became Commissioned Officers, as well as, the elite “Talented Tenth” that the times demanded.

2Lt. Fritz Winfred ALEXANDER, Sr., (ATTORNEY-AT-LAW) Camilla, GA/Gary, IN, was born on 26 APR 1893 in Camilla, Ga. He was a mulatto descendant of the prominent RAMBEAU-COLLIER-ALEXANDER Families; who have their own cemetery nearby in Seminole County. By 1910, his siblings were already working as a Public School Teachers; a Hotel Porter and an Engraving Manager.

By the time Fritz registered for the WWI Army's Selective Service on 5 JUN 1917, he was age 25 and a student at Howard University. He passed the pre-qualifying army examination for medical, mental, moral and social fitness. He was inducted on 1 NOV 1917 into the Officers Reserve Corp.

He joined the Officers Training Corp (OTC) with the first 999 that were commissioned First Lieutenant Officers in SEP 1917. He was transferred to Camp Meade for additional training on Heavy Artillery in NOV 1917. June 5, 1918, they set sail on the USS George Washington from Hoboken, N.J. He arrived in Brest, France on 15 June and served with the 368th Infantry, Company L until 11 Feb 1919. Two weeks later he received honorable discharge.

After the war, Fritz graduated from Howard U with a Bachelor of Arts & Science in 1919 and Howard Law School in 1922. By 1925, Fritz owned a home valued at $10,000 at 2600 Harrison Street where he was a Law Practice located at 7 E. 19th Ave. in Gary, Indiana. His decease date and burial site is unknown. However, he was continuously lived and practiced in Gary through 1960.

Twelve years later, he would suit for 10K on behalf of a Negro who resisted in which the detectives were transferred. He adopted his sister’s son and gave him his name. Fritz Alexander, II would go to become the first African American New York State Supreme Court Justice.