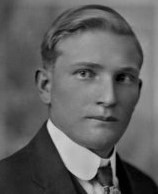 The tragedy was that World War 1 recruits like Jensen were vulnerable in their isolated living. Country living did not confer on the new recruits the immunities built up by a lifetime of urban exposure to other kinds of germs and viruses like mumps and measles. Young soldiers like Jensen were in danger of dying from bullets and poison gas when they made it over to the Western Front. The newly minted soldiers who were suddenly thrown into close living quarters in the training camps, barracks, and even the densely packed troop ship transports were also dying from diseases picked up on the home front before they even left the country. On the 9th day after he fell ill, Pvt.Lee Jensen of the Signal Corps, died from pneumonia, following the measles.

The front page news from the Montpelier Examiner (Bear Lake County, Idaho) published on Friday, April 12, 1918 gave the details surrounding the return of Pvt Jensen’s body to his father by Express Train No. 4 on Wednesday night. On the morning of Thursday, April 11, the casket bearing Lee’s body was escorted by a detachment of local Boy Scouts and the Montpelier Military Band played a dirge while it was taken to the rotunda of City Hall where friends were permitted to view the remains for an hour.

The funeral was held in the city hall auditorium starting at 1:00 pm, and started out with the singing of “America” by the Second Ward choir. The newspaper account described how “the business housed in the city all closed during the funeral hour. “ Services were conducted, and eulogies given honoring Pvt. Lee Jensen while his father and all of his brothers attended the funeral. The pallbearers at Pvt. Jensen’s funeral were veterans wearing their uniforms from prior conflicts including their Spanish American war uniforms of blue. Representatives from the old Second Idaho, were pallbearers wearing the modern uniform of khaki.

After a graveyard service at the Montpelier City Cemetery, “Taps” was played, and a final salute fired by the pallbearers. The casket, was lowered to its final resting place next to the grave of his mother, Christine, who died in 1910. Pvt. Lee Jensen, first casualty of the “War to end all Wars” was home to stay. 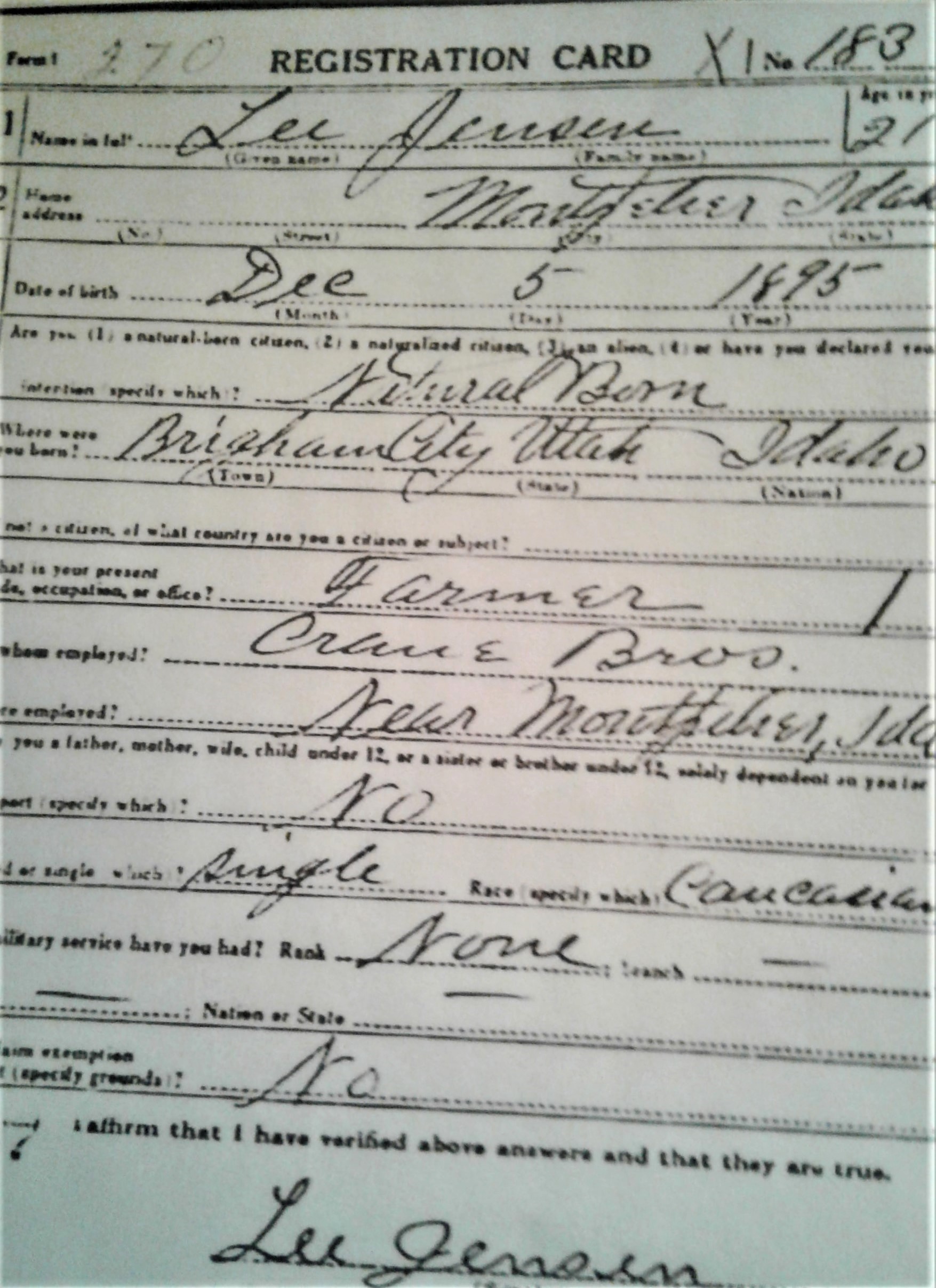