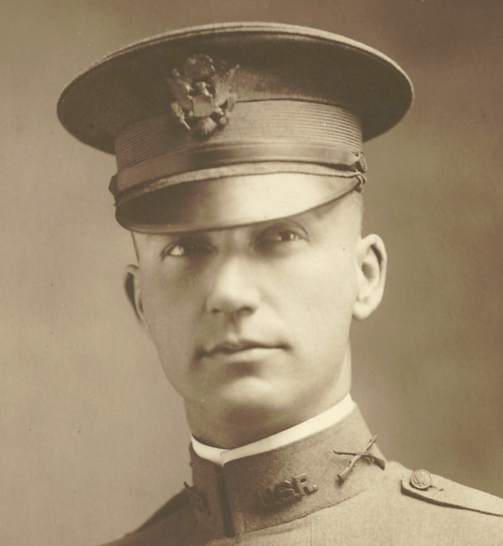 Thomas C Carter Jr. was born around 1889. Thomas Carter served in World War 1 with the United States Army. The enlistment was in 1917 and the service was completed in 1918.

Thomas Carter's education began in 1906 at the Marion Military Institute, graduating in 1908. He applied for OCS in 1917 and was accepted for training at Ft Ogelthorpe, Tn. He was commissioned in December 1917 as a 1st Lt and moved to Ft Gordon, Ga. His unit, the 320 Machine Gun Battalion, was part of the 82nd Division.

In April 1918, Lt Carter was on his way to England and France. He wrote letters to his family from training camp until just before his death in October 1918. Tom was all for the war because of the atrocities he saw and knew the Allies would prevail.

In 1921, Lt Carter came home and laid to rest at Arlington National Cemetery. plot 4000 WH. His father, a veteran of the War Between the States, had a stroke upon hearing his son was dead. Sadness visited the Carter family, friends, and local officials.

Lt Carter was considered an All American Boy, all who knew or worked with him had the highest regard for him. This is evident by all the letters written to his family from enlisted soldiers and officers. 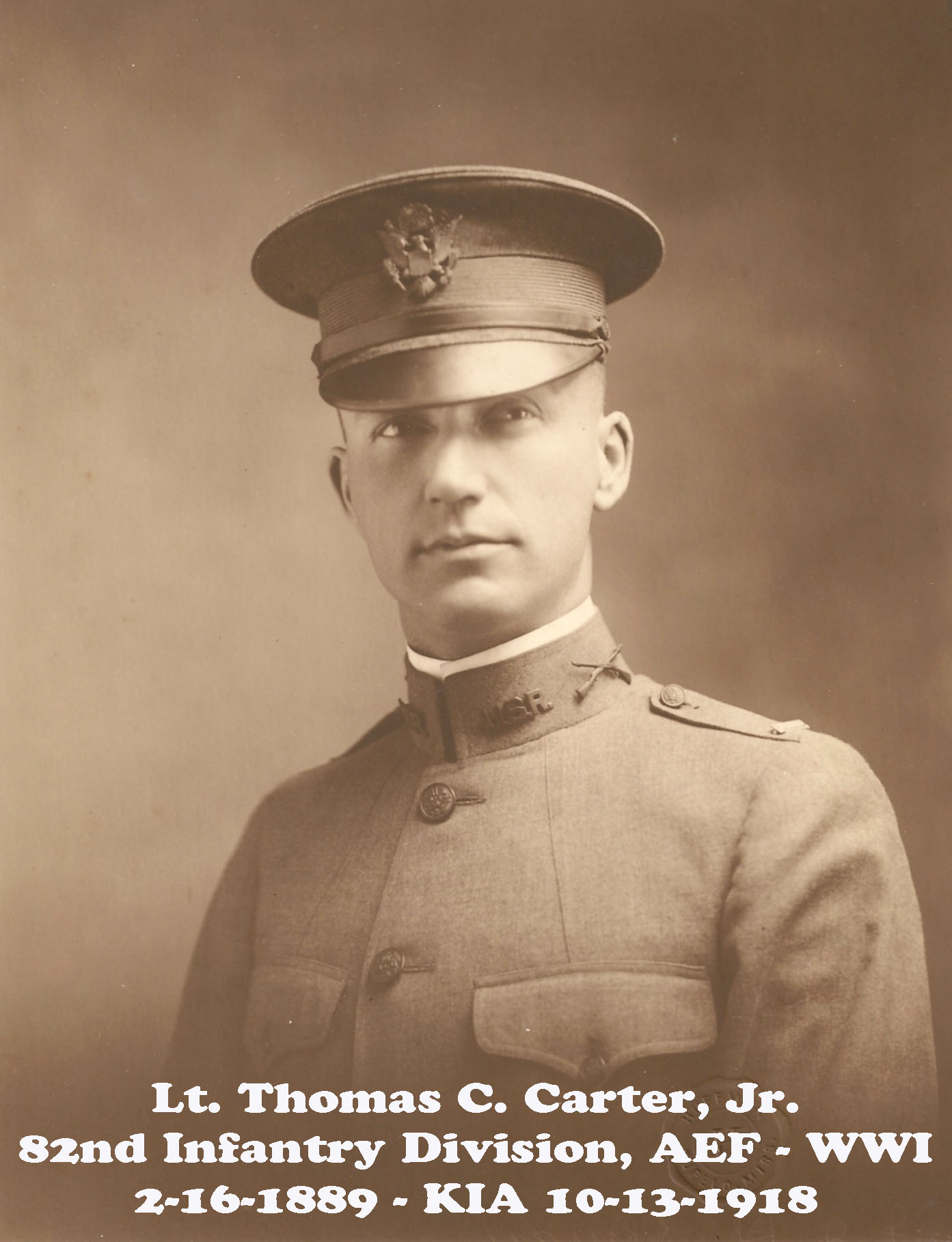