Submitted by: Laurie Button {Have been researching him for 30 years - it’s a long button wonderful story.} 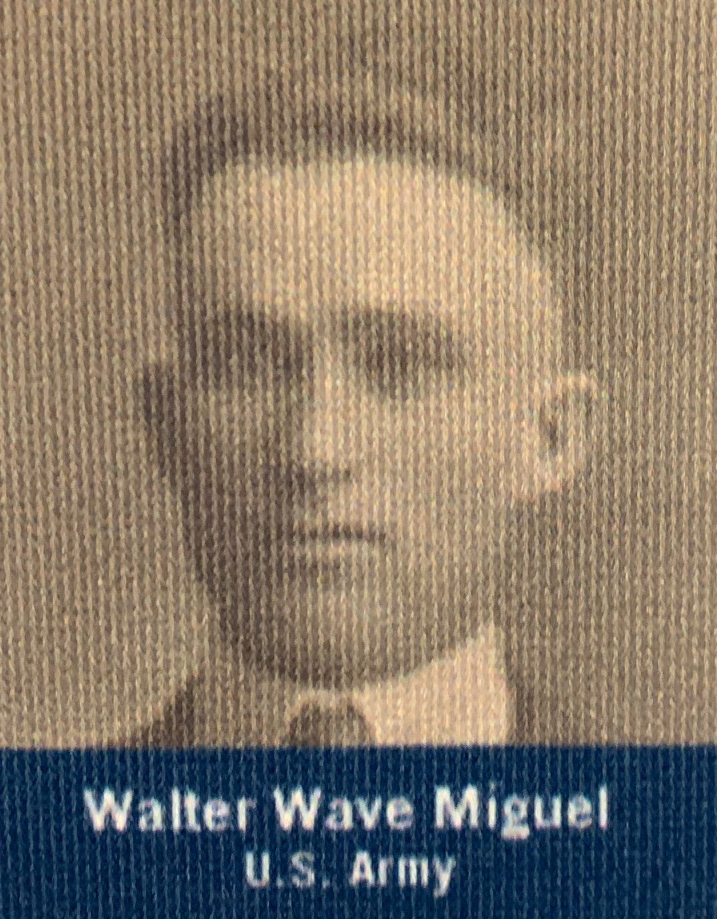 Walter Wave Miguel born around 1887. Walter Miguel served in World War 1 with the United States Army. The enlistment was in 1918 and the service was completed in 1918.

Wave received his training at Camp Pike near Little Rock, Arkansas before sailing for France on the Katoomba from the Port of New York Sept. 1, 1918. He was originally assigned to Company H of the 330th Infantry, but was transferred to the 5th Division’s 11th Infantry, Company L in mid-to-late October 1918.

Wave was killed on Nov. 10th by an artillery shell as the 11th Infantry fought to liberate the village of Louppy-sur-Loison during the Meuse-Argonne Offensive. Five other American soldiers were killed by the same blast: Pvt. Thomas Wade also of Company L (3270565—Lake City, Arkansas); Pvt. Miles G. Goleman, Company L (2660865, Greenup, Illinois); Cpl. Orval Boggs, Company L (2660977, Greenup, Illinois); Cpl. Henry Wilson Company G (736096, Jacksboro, Tennessee); and Pvt. Sherman H. Turner Company G (400196, Knoxville, Tennessee). They were initially buried where they fell but were reinterred next to each other at the Meuse-Argonne American Cemetery June 18, 1919. All six were repatriated and sailed back to the United States together on the U.S.A.T. Wheaton. The ship left Antwerp Sept. 21, 1921.

Wave and his three brothers all served in the Army during WWI. Two of the other three also fought in France and returned home safely. The youngest brother was still In training when the Armistice was signed. Their father, Henry, wanted to enlist but was too old. A carpenter by trade, he still answered the call to help in the war effort by traveling to Seattle to help build ships.

NOTE: I “met” Walter Wave Miguel almost thirty years ago when going through a difficult time in my life. Every day on my way to work I passed a small cemetery in Arnold’s Park. I was captivated by a white iron cross with a military helmet bolted to its top. One day I stopped to investigate and discovered the grave belonged to a young man who had been killed in France during WWI. He died the day before the Armistice was signed. As I tried to work through a difficult divorce, Wave’s grave became my safe haven - a place where I could go to sit and think. Some days I talked to him for hours and in an inexplicable way, he helped me move forward with my life. In the years since I’ve continued to research his life and his experiences in the war.

In November 2018 my husband and I traveled to Louppy-sur-Loison to take part in the Centenary. On Nov. 9th - 100 years to the day after Wave’s death - we actually retraced the path his unit would have taken the last few days of his life. Our exceptional guide was Randy Gaulke.

On Nov. 10th Louppy held a very special service honoring Wave and the others who gave their lives liberating the village. Louppy’s population is just 131, but it’s estimated there were more than 250 people crowded into the church. Speakers representing all of the surrounding communities were there, as well as dignitaries from the French military and even the Dutch ambassador. The owners of the village’s castle even provided a champagne luncheon for everyone after the service. Many Americans may have forgotten WWI, but the French in the Meuse-Argon have not. They continue to appreciate the contributions of the American servicemen (and women) who helped them to regain their freedom.

At the time of that visit I didn’t know the names of the other five soldiers (the search for information had been a frustrating one for years) but I do now and with NARA’s help have been researching the military service of those men as well. In the process I’ve been able to connect with several of their families and share with them all of the information I’ve unearthed. Two of Wave’s grandnieces have actually become close friends.

My best friend and I returned to Louppy last November to once again participate in Armistice Day ceremonies. While there we were able to visit the place where the six soldiers were killed and initially buried. I brought back dirt from the site and shared vials containing soil with several of the families. Thanks to Wave’s memory and the memories of the other soldiers, a very special bond has developed between the residents of Louppy and the community where we live in Colorado. There is even talk of becoming sister cities.

One final thought. A local historian from Louppy included these words in a message sent after the commemoration in 2018: ”Who would have thought that Walter, with your help, could have gathered so many people 100 years after his death. I think we could not give him better homage.” 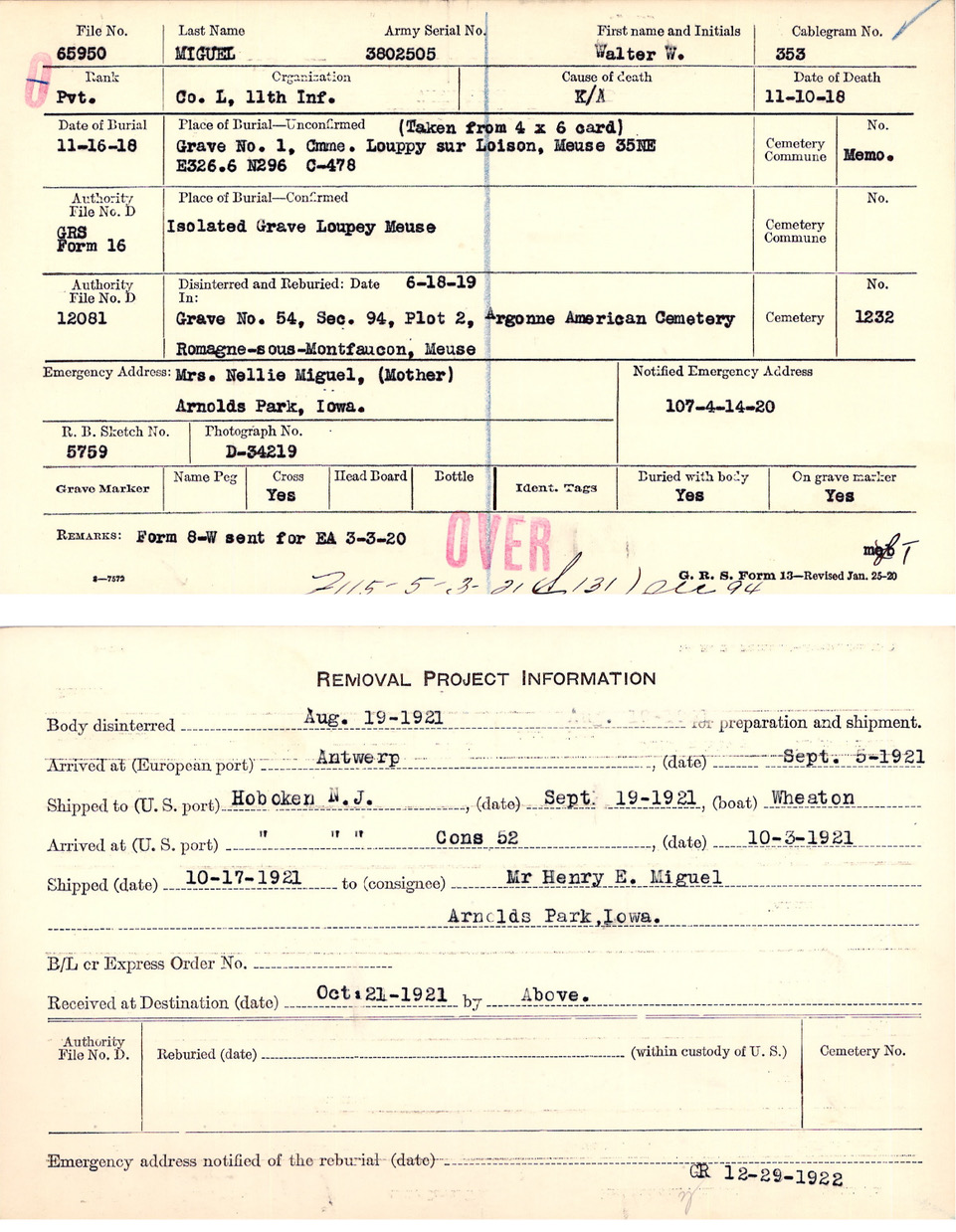