Frederick G. Knatz was born around 1896. Frederick Knatz served in World War 1 with the United States Army. The enlistment was in 1915 and the service was completed in 1918.

Frederick G. Knatz was born on October 23, 1896 in New York City. He is the son of Jacob Knatz (my grandfather’s brother) and Kate Hill.

Fred entered the service as a private on May 14, 1915. He was promoted to a Sergeant on August 1, 1917. He departed for Europe on April 23, 1918 from Hoboken New Jersey on the troop ship Tenadores as part of Battery C, of 101st Field Artillery Regiment, 3rd Infantry Division.

During World War I, he was captured by the Germans when his unit was out on patrol. He was first reported as “missing in action” in the newspapers of September 5 1918.

Only later when soldiers returned did the New York Times report on March 19, 1919 that Frederick had been captured by the enemy and taken prisoner while he was with a scouting party on July 15, 1918. In the course of helping the escape of a lieutenant captured with him, Frederick was shot and killed. His body was never recovered.

Back in Brooklyn, New York, the family made a plaque that they placed on a street tree in front of their house, a common practice when soldiers never came home. When the family moved from the house, the plaque moved as well and is retained by the Freddie Knatz family in Demarest, New Jersey 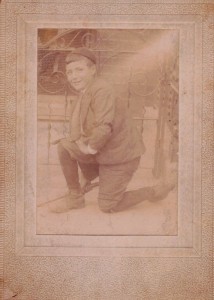 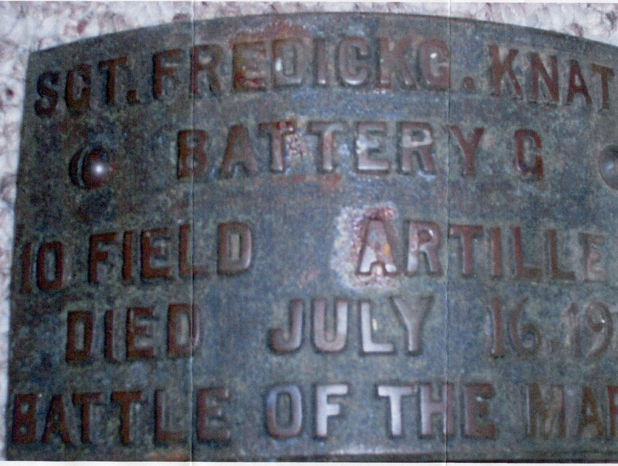 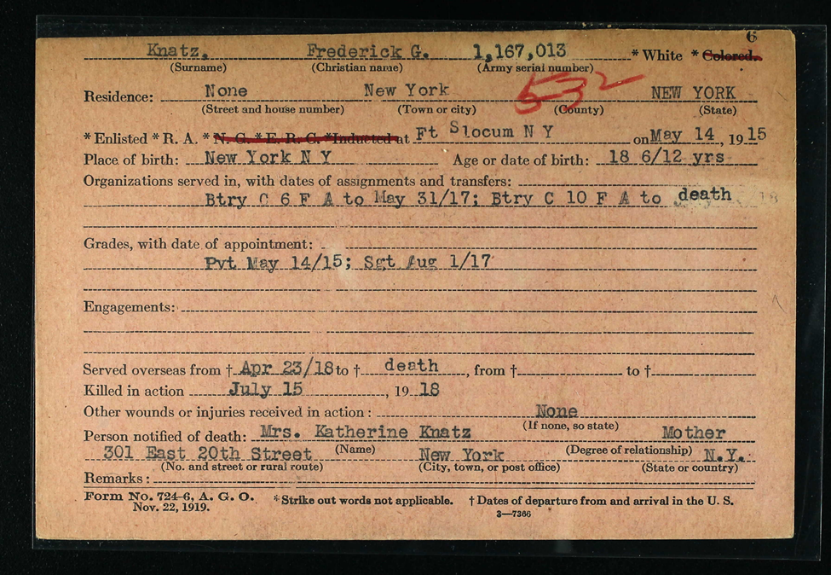