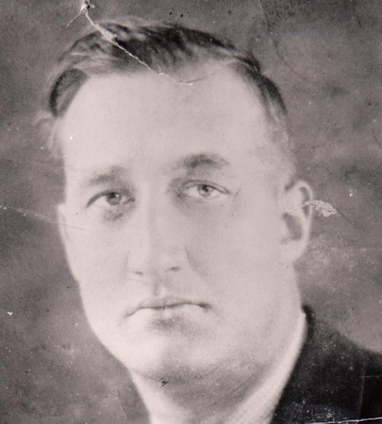 George Henry Knatz born around March 11, 1897. George Knatz served in World War 1 with the United States Army. The enlistment was in 1917 and the service was completed in 1919.

George Henry Knatz was born on March 11, 1897 in New York city to parents Anna Bergner and Charles (Carl) Knatz . George began his first military service with the New York State Guard when he was 20 years old. He enlisted on June 18, 1917 and was mustered in the next month to Company G, 14th New York Infantry.

For service during WWI, the men of the 14th Infantry which included George were added to strengthen the 23rd New York Infantry. The men were stationed from New York City up the Hudson River to protect the water supply.

George was only with the Guard for a few months when a presidential order drafted the entire unit into the 106th U.S. Infantry in October 1917. There were 3003 men in in the 106th and George was assigned to Company G.

Private First Class George Knatz left for Europe on May 10, 1918 from Hoboken on the ship President Lincoln. This would be the last time the President Lincoln ferried soldiers to France. But no one knew it at the time. The dangerous part of the voyage was near France as the ship made its way through submarine invested waters. The ship arrived safely in Brest, France on May 23rd. There, George and his fellow soldiers disembarked.

The next day, the President Lincoln was struck by three torpedoes from the German submarine U-90, and sank about 20 minutes later. There were hundreds of men aboard but only 26 were killed and one was captured by the German submarine. The rest were rescued. George had survived the first perilous part of fighting the war in Europe- getting there alive. But George’s time in France would be short.

Once in Europe George was placed in the East Poperinghe Line with the rest of the 27th Division. On July 25th they were moved up to relieve the British 6th Division. On August 31, 1918 the New York National Guardsmen of the 27th Division entered their first big fight. That day a major offensive began in an attempt to remove the Germans from the Dickebusch/Scherpenberg area. From August 31 to Sept. 2, 1918, Guardsmen fought the Battle of Vierstaat Ridge. It was part of a larger operation known as the Ypres-Lys Offensive, named after a nearby Belgian city.

German observers on a hill known as Mount Kemmel watched the front and called in artillery fire on the Americans. This was the first time the National Guardsmen left their trenches and attacked. It was also the first time they came up against the German Army’s machine-gun heavy defenses. Today, a pond at Camp Smith, the New York National Guard training site in Westchester County, is called Dickebusch Lake, as a reference to this Belgian lake where the 27th Division fought.

On September 3rr, the offensive was complete and the German’s retreated, marking a successful completion of the Ypres-Lys Offensive. But George has been wounded on September 2nd.

On November 14, 1918, George’s mother received a telegram. George was wounded in action. The degree of his wounds was undetermined at the time.

It would be over a month before Anna Knatz got additional word. But this was worse. A telegram dated December 19th stated George was missing in action since September 2!

Months would go by. Then on February 6, 1919, Anna Knatz got the final word. George who had previously been reported missing had been in the hospital since September 15th.

What a relief this must have been for the Knatz family. But where was George between September 2nd and September 15h. A story passed down through the family might explain. George may have been left for dead. He waited so long to be rescued that he had to drink his own urine to stay alive.

On December 21st two days after his mother got the letter that he was missing in action, George left Liverpool on the ship Baltic for home. Of the 3003 men of the 106th Infantry, 1496 were wounded, 376 were killed, and 83 would die later of their wounds.

No information is available about George’s wounds. His military service card indicates his wounds were severe but that he would have 0% disability. George received a Purple Heart for being wounded as the result of enemy action along with the WWI Victory medal.

Upon George’s return home, he and other wounded soldiers were placed at institutions for retraining. George was assigned to the Bedford YMCA. By 1920 he was working as a mechanic and was back at home with his parents and siblings at 2373 Cornelia Street. But not for long.

On November 24, 1920, at age 23, George married Lillian Schneider and began to raise a family. He went to work for as an agent for the U.S. Customs Service. At the age of 44, George registered for the draft for WWII but was never called to service.

George died on March 10, 1963. Family members recall visiting him in the Veterans’ hospital near the end of his life. He is buried in Plot T, 7936, in Long Island National Cemetery in East Farmingdale, NY. 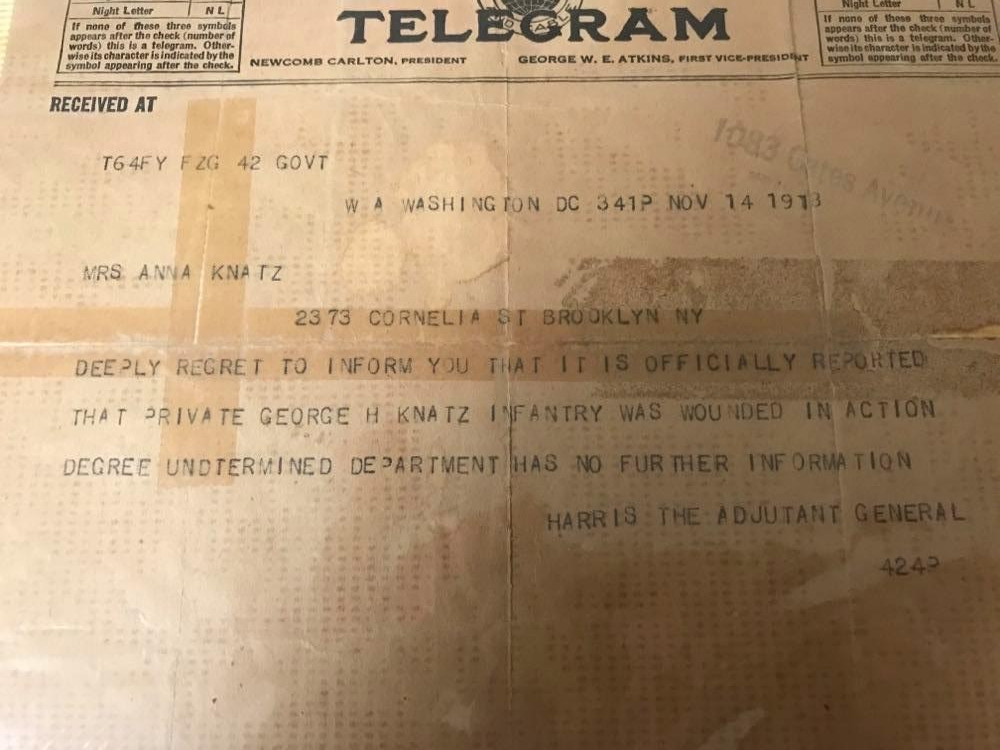 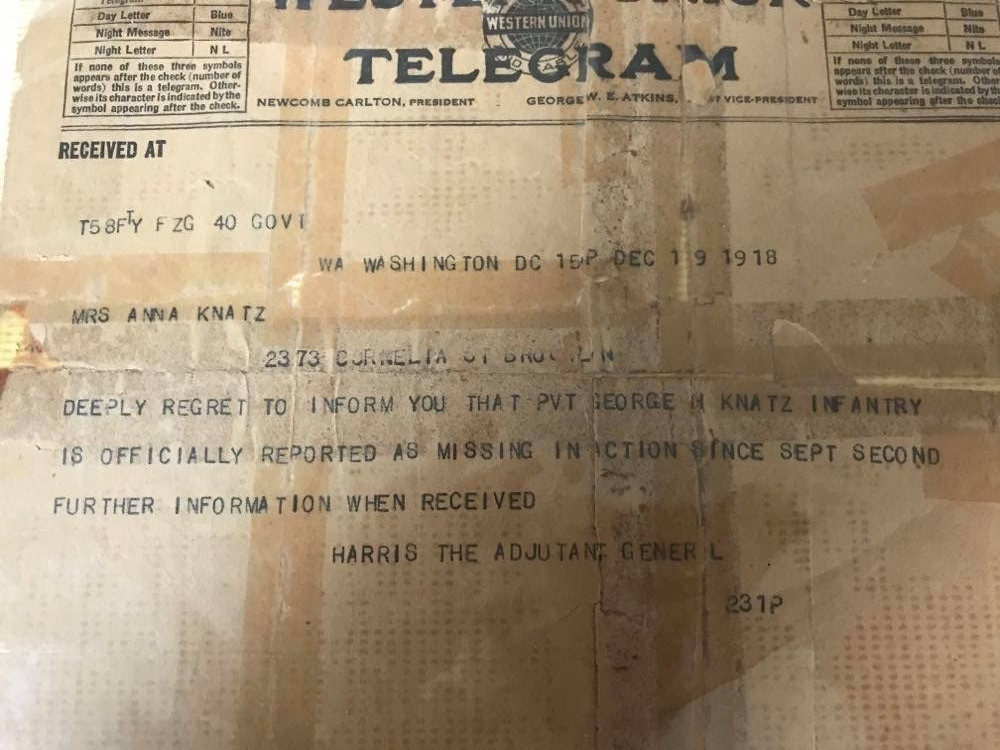 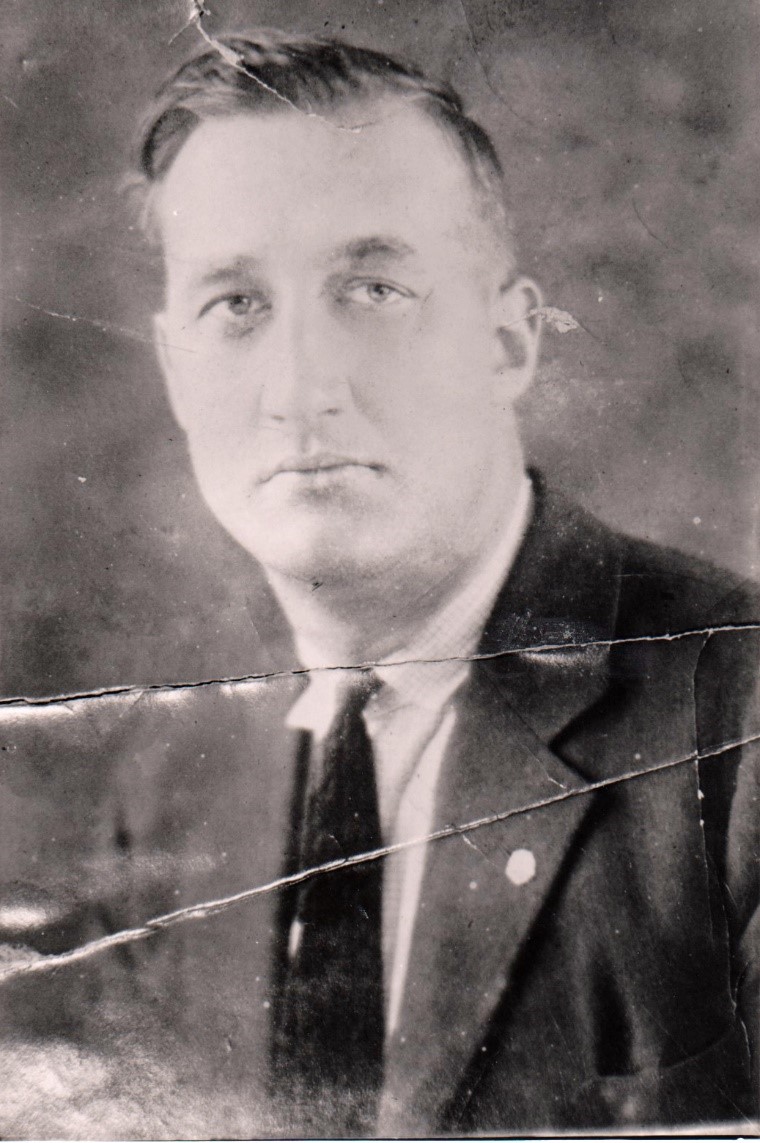