As a rifleman he participated in the American counter attack that forced the Germans back across the Marne River. Due to their actions, the 30th Infantry Regiment was awarded the Croix de Guerre with Palm and given the title of “The Rock of the Marne.” At the end of the following battle, the Aisne-Marne offensive, Private Moylan was hospitalized for combat wounds from shrapnel, gas and shell shock but was returned to his unit in time for the St.Mihiel offensive. In the Meuse-Argonne offensive they assaulted and took the Cunel Heights and broke through the heavily fortified Hindenburg line in their sector. Again taking extremely high casualties. The Meuse-Argonne American Cemetery, the largest American cemetery outside the United States, is on his battlefield.

By the end of October 1918 the 3rd Division was taken off the line, to resupply and take on more replacements. They’re depleted ranks were no longer an effective fighting force. The 30th Infantry Regiment began the war in June 1918 with roughly 2500 soldiers at the end of October 1919 they had 400. Total number of casualties, 3,928. Private Moylan marched into Germany as part of the Army of Occupation. He spent much of the occupation hospitalized from combat related injuries. He was sent home in the hospital of the USS Mallory and honorably discharged in June 1919. 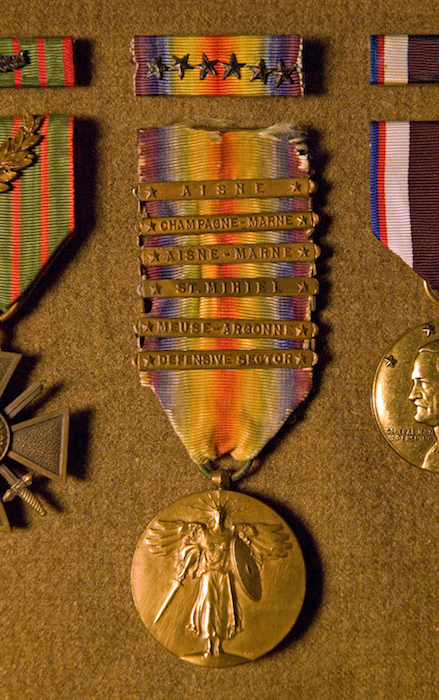