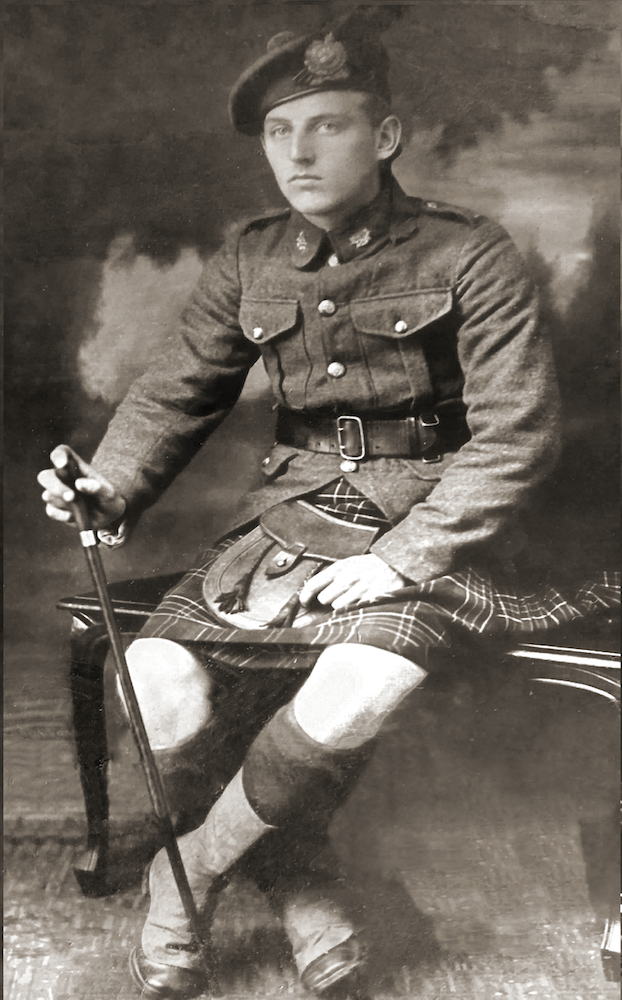 Once deployed to the front, Rigby saw direct combat at the battles of Amiens, Parvillers, Arras, Monche, Jig-Saw Woods, Cambrai, Conde, Valenciennes, The Marne and Mons. At the battle of Cambrai, Rigby’s unit of 740 Black Watch soldiers fought through sniper, machine gun and gas attacks. After 8 days of intense battle, much of which was hand-to-hand, Rigby’s unit of 740 had sustained 670 casualties. He would continue fighting up until the last battle of the war, the liberation of Mons. King Albert of Belgium personally awarded his Division “The Mons Medal” as thanks for freeing the Belgians.