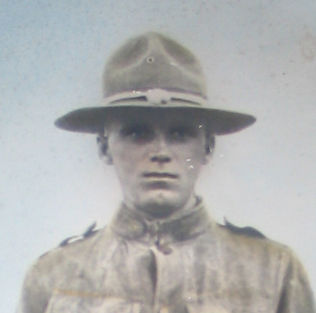 Charles Raymond Stewart was born around Aug 14, 1895. Charles Stewart served in World War 1 with the United States Army. The enlistment was in 1918 and the service was completed in 1918.

He first reported to Jefferson Barracks, St Louis, Missouri. He was at Camp Funston, Kansas, when the Spanish Flu Epidemic started. He died of the Spanish Flu at Camp Funston on Oct 13, 1918. His body was shipped home to be buried in the family plot in Westwood Cemetery, Shawneetown, Illinois. Raymond was PVT 1st Class, in the 11 Infantry 10th Division.

The following is an exert about Raymond's from school and the tragedy of how the War Department reported Raymond was on the way home, but failed to inform the family of his passing.

Charles also told me about another Byrd School fellow he knew that went courting. "Raymond Stewart called at a classmate's, Fannie Bloomer's, home and asked her to go with him to a square dance nearby. The parents consented, only if the mother could walk along. Mrs. Bloomer carried a lantern to escort the couple. All went well at the dance, but coming home, the mother stepped into a mud hole and fell flat out. Raymond helped her to her feet, mud and all, with no further fiasco, Later Raymond would double up with laughter telling his buddies about the incident. This young fellow could pick up a snake and pop its head off.

This same Raymond is also remembered as a World War I soldier. When his parents were expecting his return on the train into Shawneetown in 1918, there was a surprise. The mother had a chicken dinner waiting at the house. They met the train in that day of poor communication and saw the son being carried off in a coffin, accompanied by a neighbor soldier, George Gabel. Stewart, the soldier, had died with the flu only the day before.

My Grandfather had the letter from General Leonard Wood the family received finally informing the family of Raymond's death. Sadly that has been lost.

That attached certificate is held by my cousin, LTC Stephen Stewart, USMC. 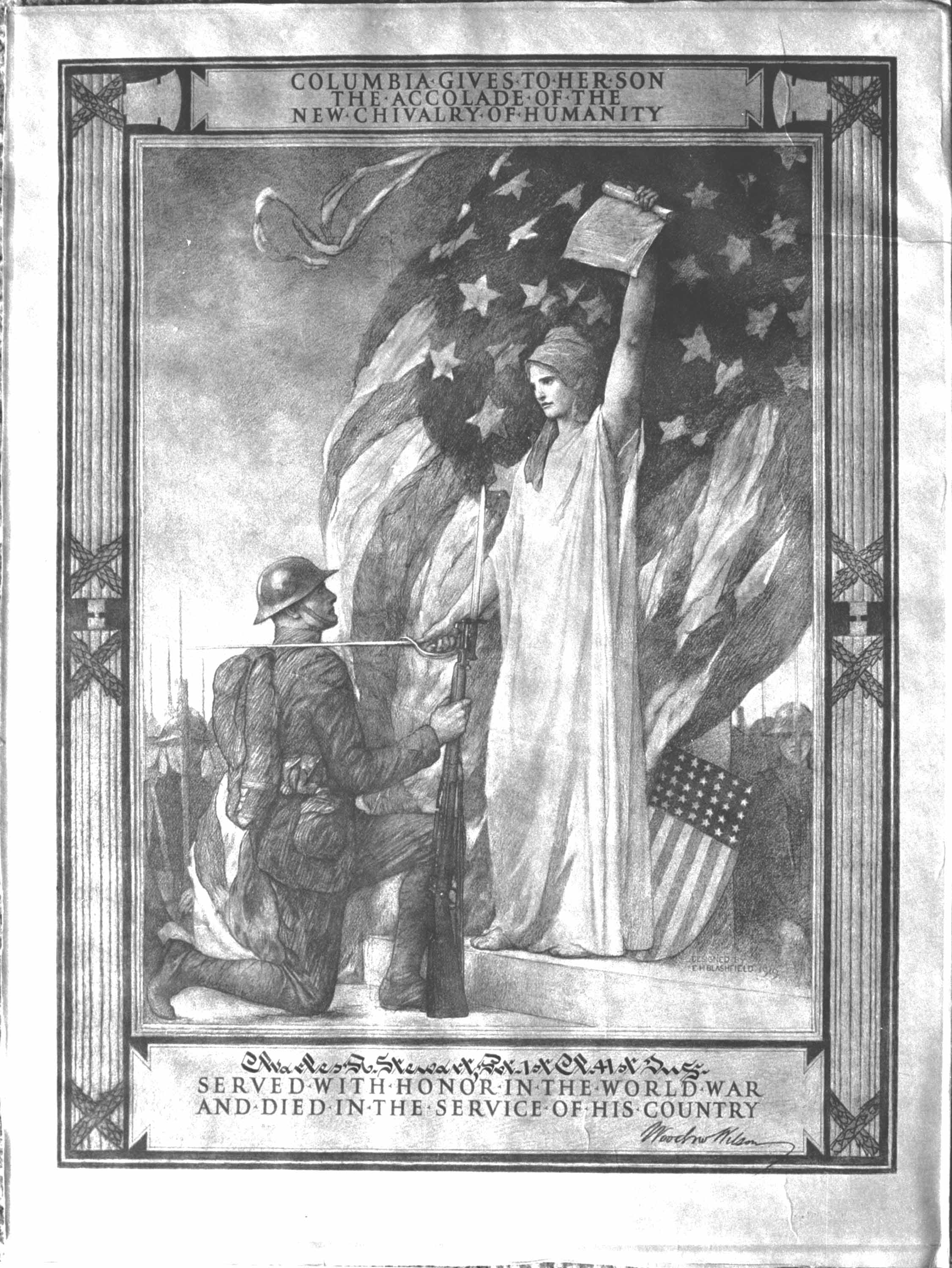 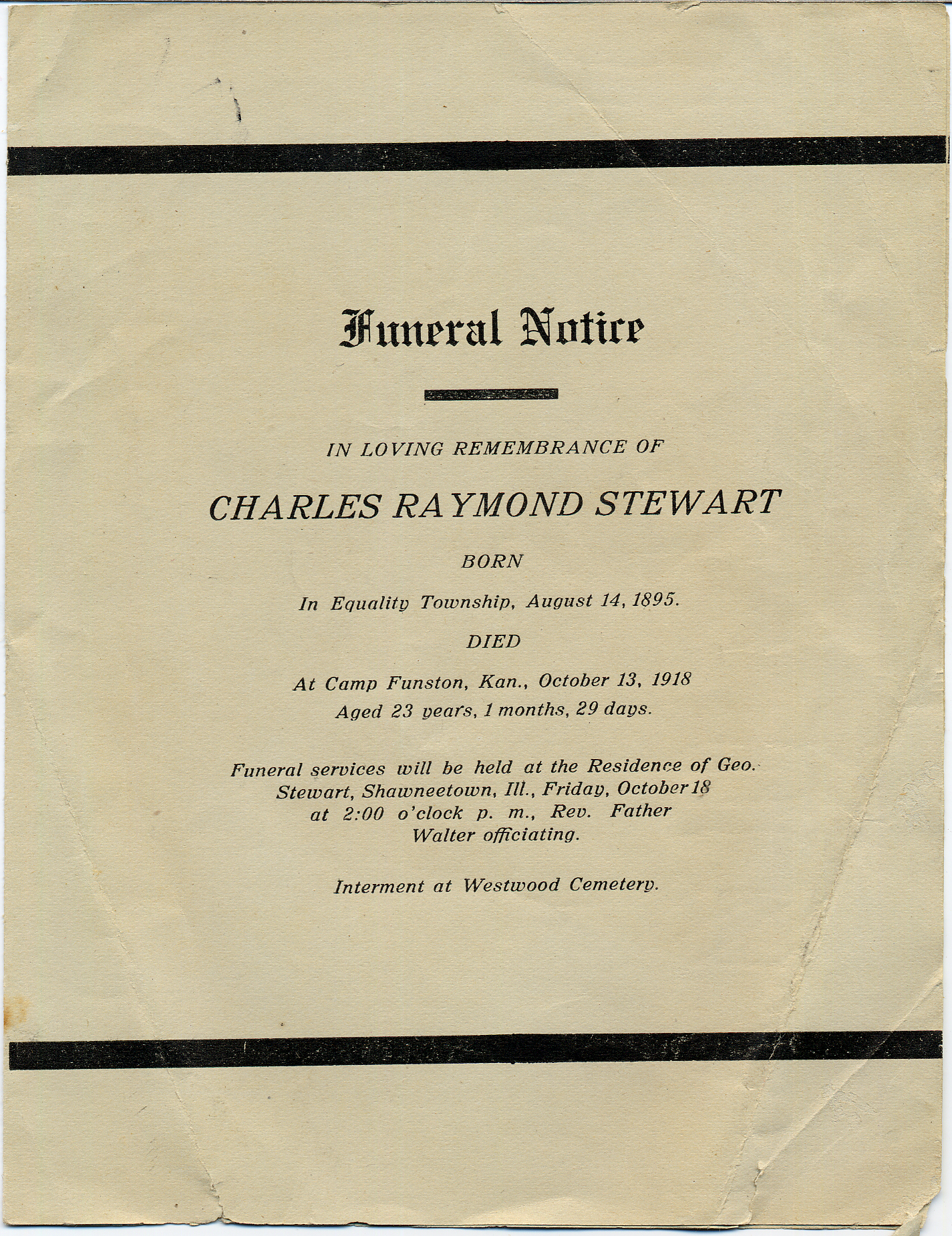 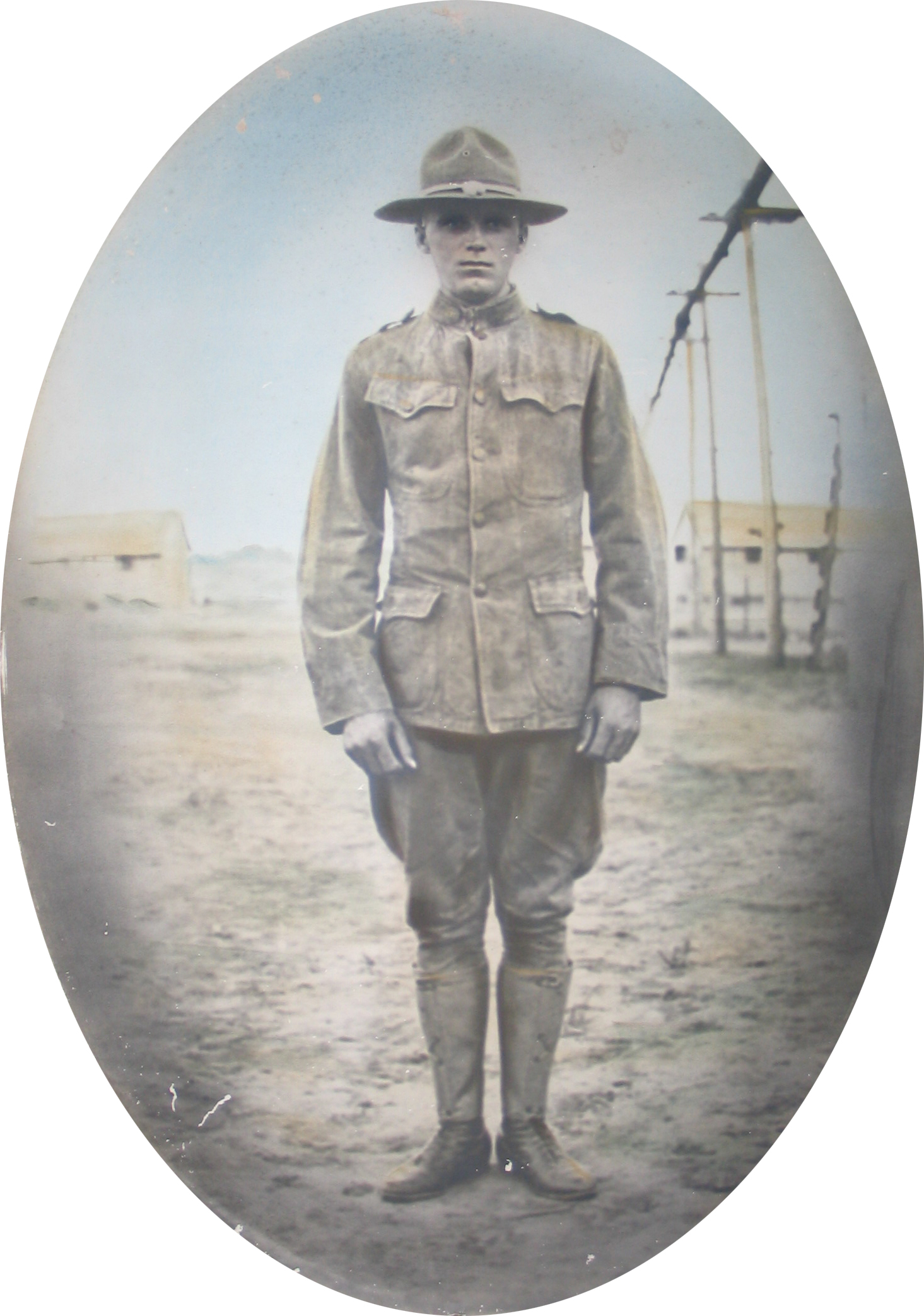