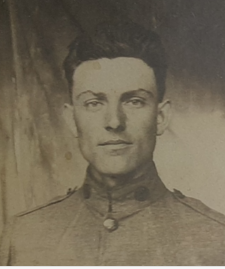 Growing up in the backwoods, John learned to hunt and shoot. Those years of helping his family put food on the table paid off in training. He goes on, "We shot all day, Friday, Saturday, and Sunday. I made some good scores. We had slow and rapid fire, on the rapid fire I had to shoot and load ten times to a minute. I got every shot fired and hit 8 bulls eyes out of 10 at 300 yards. I made the points for sharpshooter."

From his letters, John admits that his training was difficult, but he assures his sister that he is ready to go. "We still have gas and bayonet practice yet and then we will be liable to leave. I don't think we will be here two weeks from now and may not be here two days from now, but I am ready to go at any time. If I get in France some of the Huns will have to fall."

John was sent to France as part of the American Expeditionary Force under the 4th Infantry Division, 39th Infantry Regiment, Company M. While over there, he fought in two major campaigns, St. Mihiel and the Meuse-Argonne. During the first week of the Meuse-Argonne offensive, John Franklin Funkhouser gave the last full measure of devotion. Per a report from Peter Quinn, a fellow solider in his unit, John was killed by German sniper fire while advancing. Originally, John was interned in France, but after the war, his family chose to have his remains brought back home. He was laid to rest in Arlington National Cemetery. 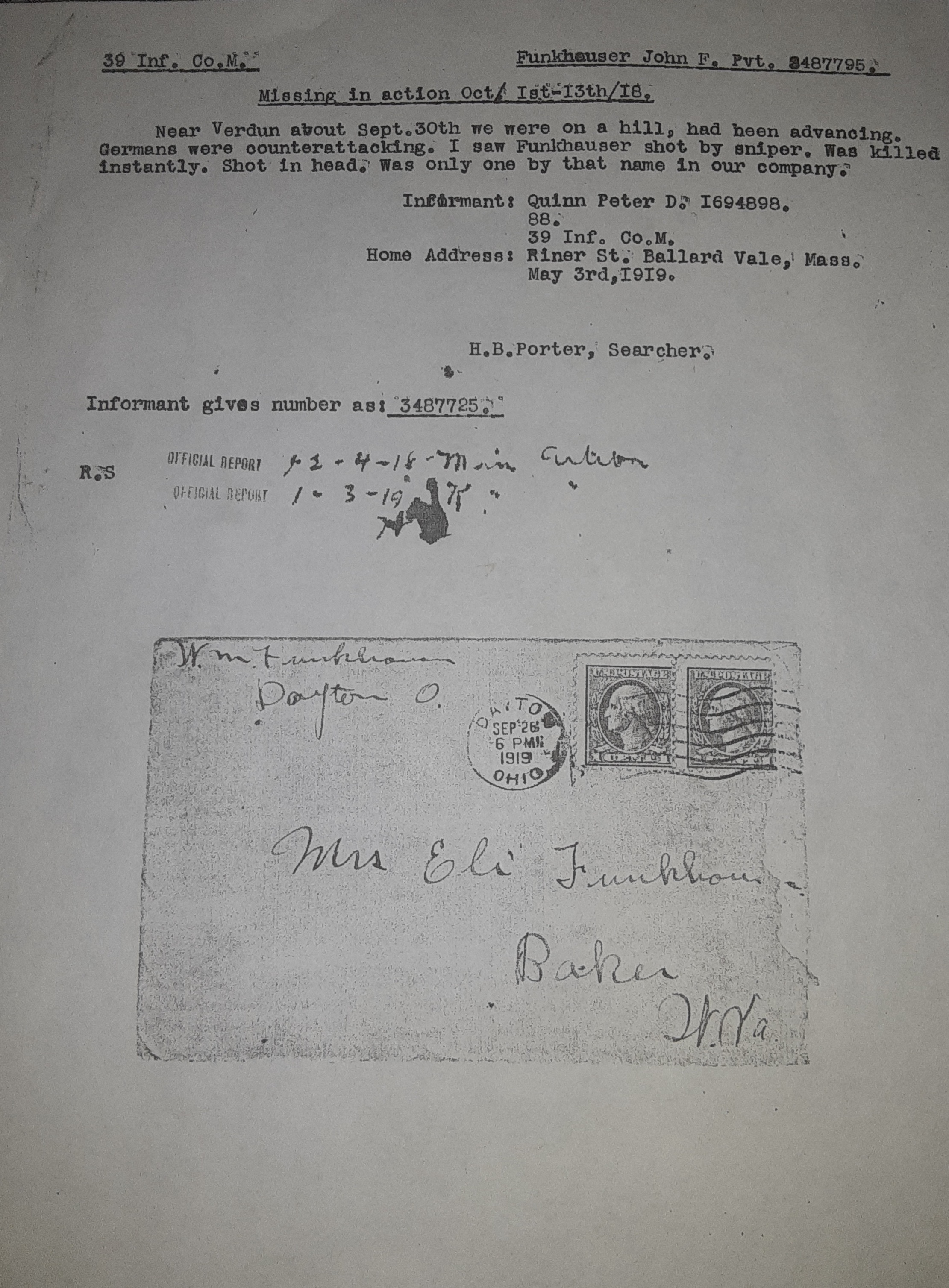 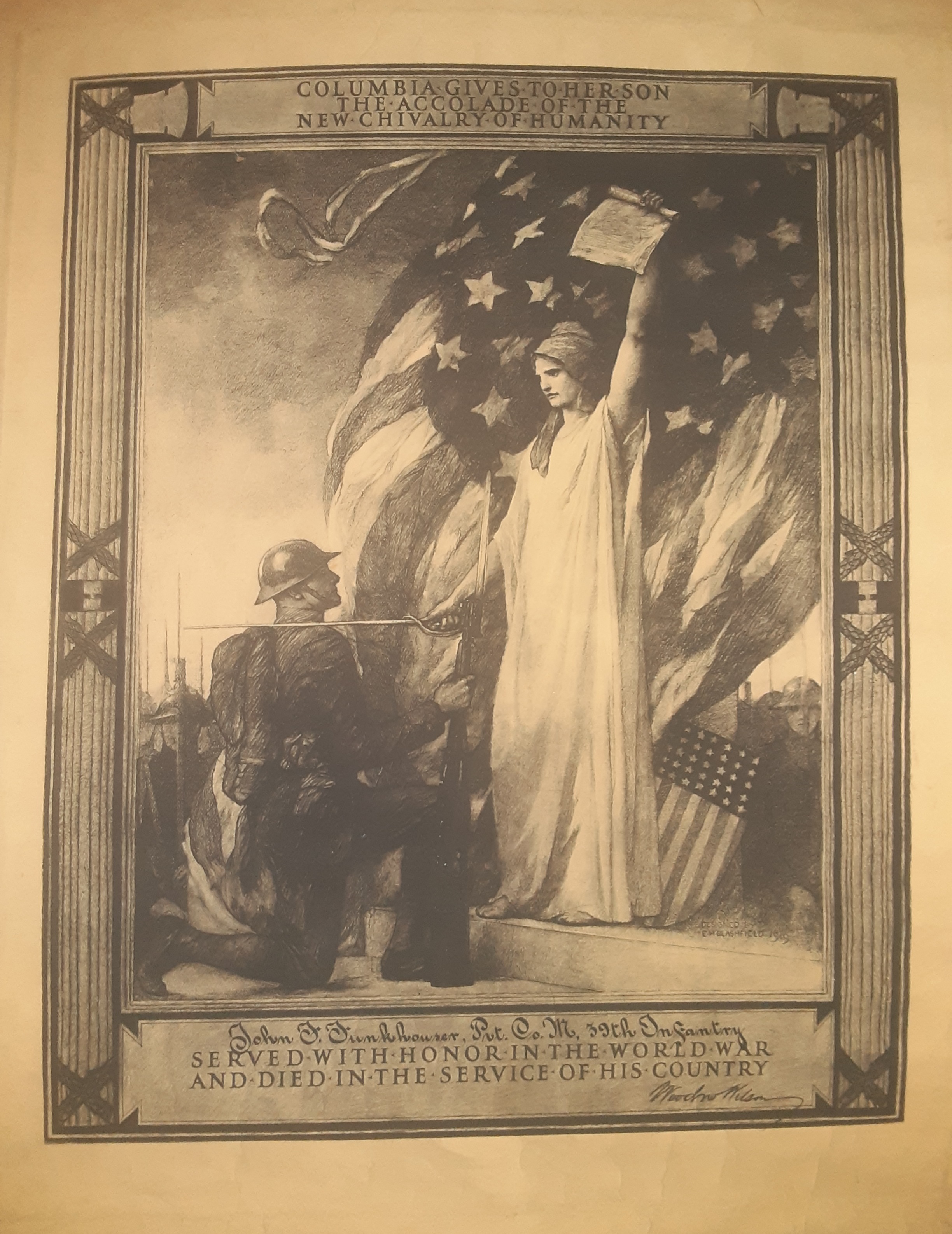 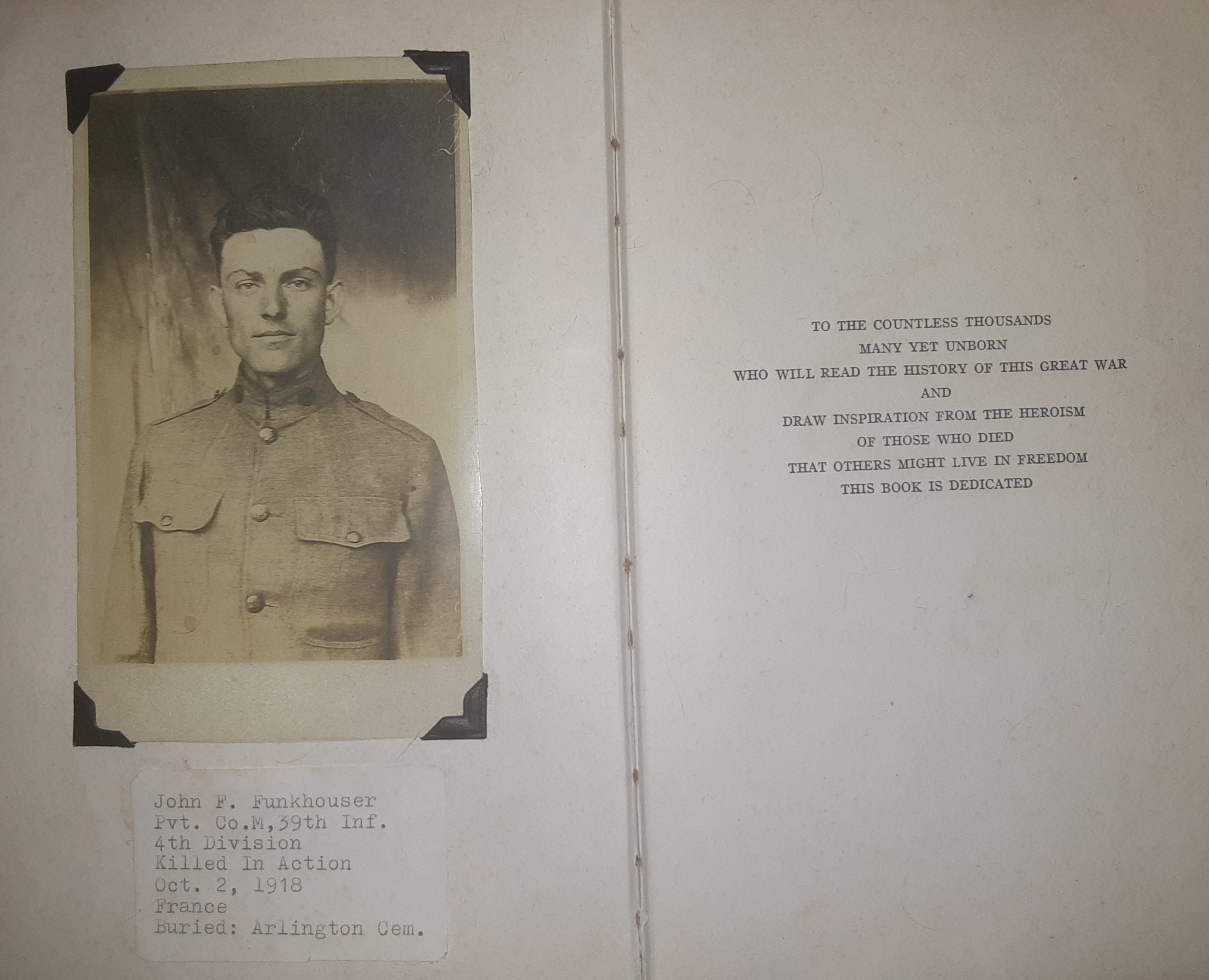