Submitted by: Daniel A. Anthony {grandson} 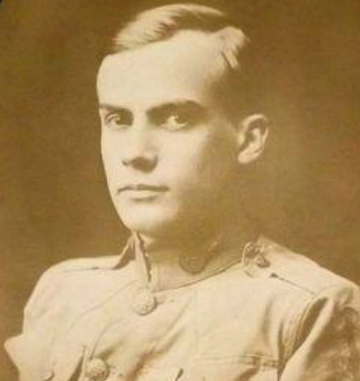 Alva Henry Cook was born around 1895. Alva Cook served in World War 1 with the United States Army. The enlistment was in 1917 and the service was completed in 1920.

The attached PDF is research I (Daniel Anthony, Grandson of Alva H. Cook) conducted on his service to the U.S. Army in WW1 for which he was severely wounded and permanently disabled. This study is based on an original typewritten account of his time served in World War I by Alva H. Cook, my Grandfather (my Mother’s Father), also with some of his time and experience after the war and a few anecdotes from his survivors. A copy of the original account is provided, and the account is also shown in italics.

This study corrects several phonetically spelled locations in France, and grammar; and is organized in a timeline, bulleted fashion for readability. Hyperlinked references are also provided for further verification and interest. The order of events and locations, as written, is awkward to reconstruct at times, and I have attempted to make this as accurate as possible. In some cases, place names had to be reconciled with the movements of the 32nd Division during WWI and associated war records or most plausible locations in the general area of operations.

Additional information is also provided by service/testimony not described in his original account. Research to confirm locations of various wartime facilities was conducted, and other publications or evidence, or other testimony among his papers or peers provide additional insight into his service.