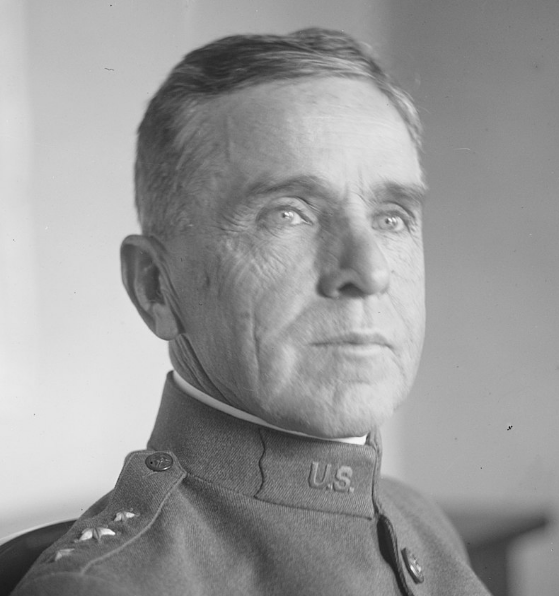 Robert Lee Bullard II born around 1863. Robert Bullard served in World War 1 with the United States Army . The enlistment was in 1900 and the service was completed in 1925.

Robert Lee Bullard II was Commanding General of the Big Red One at the beginning of the war with the AEF under General Pershing, and his 1st Division was the first AEF unit in action against the German Army in 1917. The 1st Division fought well alongside French and British Army units in many major battles.

Robert Lee Bullard’s military leadership and skills of maneuvers saved countless American soldiers lives while achieving victories over Germany. He was promoted to Lieutenant General commanding the US Army Second Army until Germany was defeated November 11, 1918.

The American People will always remember the hard fought victory of 1918 and cheer and be thankful for the great leaders this nation has then in the right place, at the exact moment in time they, like LTG Bullard, and General Pershing, were needed most. As General Eisenhower once said on June 6, 1944 about the weight and great responsibility of the required leadership decisions and consequences good or bad that follow. Our nation should remember the heavy burdens placed on our senior leadership and the incredible soldiers they had the honor to lead at critical moments in history.